Return of the Sanitary Commission 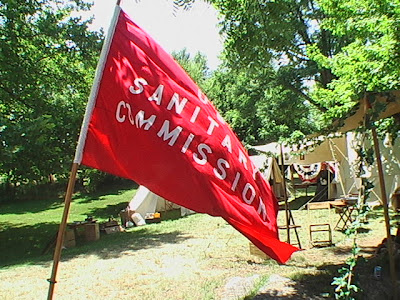 One of my favorite living history groups returned to the Antietam battlefield last month. The folks who portray the U.S. Sanitary Commission (c. 1862).

These four folks travel all the way from upstate New York to set up their elaborate encampment behind the Dunker Church and spend the weekend interpreting the crucial role of the Sanitary Commission during the Civil War. 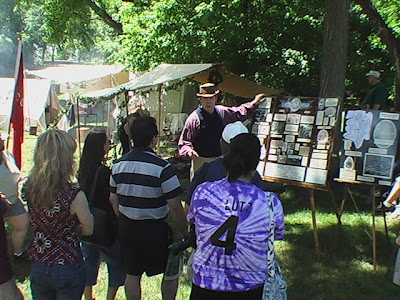 Often overshadowed by the personalities, events and hardware of combat, the Sanitary Commission generally takes some explaining for the casual visitor, and that's just what these fine folks do, and do well. 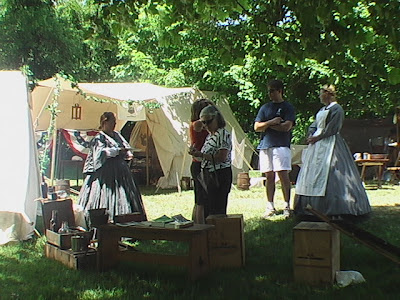 At the beginning of the war the Army's Medical Service was tiny, outmoded, ingrained, and lacked the resources to meet the needs of the rapidly expanding army. The Army in it's hidebound way strongly resisted outside assistance, especially from civilian do-gooders. As the public outcry over the neglect of the sick and wounded mounted, Medical Service resistance was overcome. 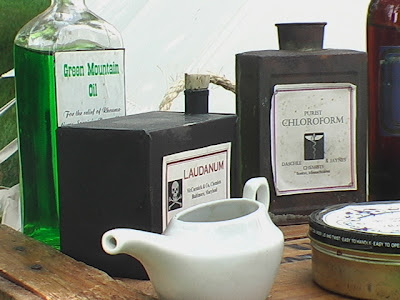 Civilian volunteers would go to the front to bring direct assistance to sick and wounded soldiers.

Chartered in June of 1861, the U.S.S.C. began its work in three areas of concentration:

The Departmentment of preventative Service - keeping campsites and soldiers healthy and seeing to the morale needs of the troops.

The Department of General Relief - the collection and distribution of food, clothing and medical supplies to the sick and wounded.

The Department of Special Relief - provided food, shelter, and services to the soldiers who had "fallen through the cracks"; the wounded left behind by their regiments, men in transit to and from hospital, home, and front and those on furlough or sick leave. This department also assisted these men in navigating the red-tape involved in securing their back-pay.

The U.S. Sanitary Commission is emblematic of a uniquely American tradition, that of volunteerism. And the wonderful living histroy volunteers who bring so much knowledge and passion for teaching to their task make a visit to our battlefield an even richer experience. 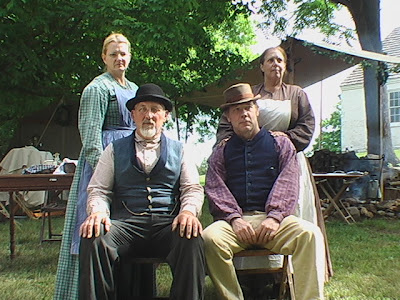 Three cheers for the volunteers!

For more information about the Western New York Chapter of the U.S. Sanitary Commission, contact Rene' at

Here's to your good health!

Ranger Mannie
Posted by Mannie Gentile at 8:05 AM

Mannie, thanks for the splendid posting about our group. We appreciate your kind words and comments. It is always our goal to present the Commission as factually as we can and continually improve upon what can be a dry subject. In September we will throw a little extra into the presentation just to keep it interesting. See you then. 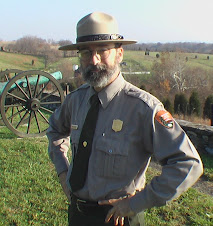