Winter Returns to the Valley

Winter is back with a vengeance here in the Cumberland Valley.

This photo was taken in my driveway at about five o'clock this afternoon: 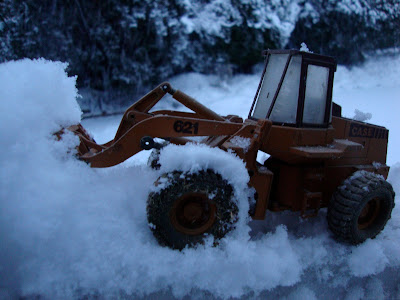 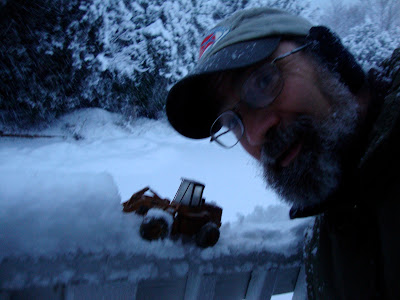 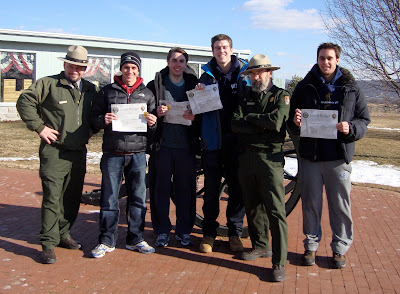 This group of four Junior Rangers posed with John Hoptak and me today in front of the Visitor Center.  Although the upward age limit for a Junior Ranger is twelve-ish we let these altruistic Penn State lads slide, as they are participating in a fund-raiser to fight childhood cancer.

I just better not see them on my doorstep this Hallowe'en. 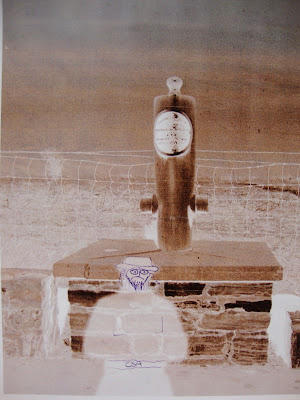 A skeptic no longer. 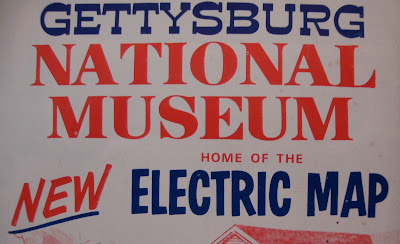 I've been going through my books as a way to prompt Civil War Centennial memory.  As a kid I was swept away by the Centennial observance and glommed on to as much of the literature and ephemera of the moment as I could.  Though much of it has since fallen by the wayside,  some gems remain. 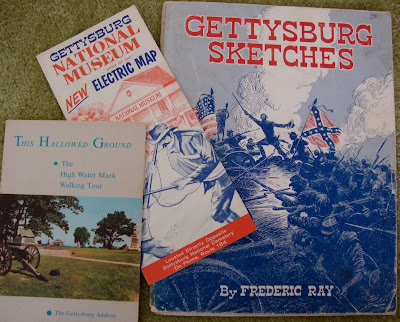 These three items came from the first trip to Gettysburg, I think I was eleven, in 1963 or '64.
This booklet by Frederick Ray whetted my appetite for what would later become the graphic novel. 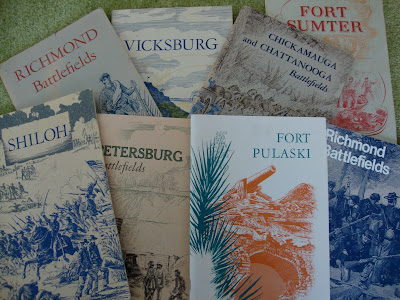 Back when finances were pretty tight for my family, my mother, nonetheless, mailed off to the Government Printing Office for these booklets.  She was actively encouraging my interest it the moment of the Centennial as well as the larger ideas of the War. 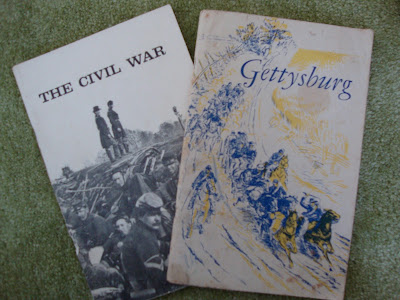 These two, I purchased.
Here's a typewritten insert for the Gettysburg booklet that I bought for myself (25 cents) while visiting the park from Michigan.  It is headed "New Park Facilities". 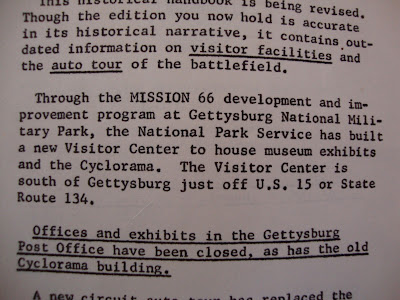 Hmmmm.  the more things change, the more they stay the same.
As I remember, the Cyclorama building hadn't opened yet.  Still one of my favorite buildings.


The State of Michigan (and all others, I'd guess) printed their own sets of Centennial booklets and pamphlets, some of which are pretty good resource material.  Michigan's were referred to as "the blue books". 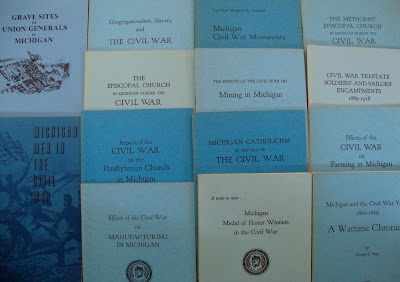 Life magazine compiled their pictorial features of that period in a bound form.  Filled with some really fine illustration art which helped fire my imagination. 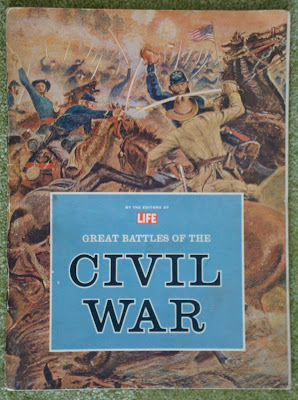 Two nights ago my wife and I watched the profile of Robert E. Lee on American Experience.  I'm hoping the the imaginations of a new generation of future Park Rangers will be so fired over the next four years.
See you at the battlefield,
Ranger Mannie
* regards to Dimitri
Posted by Mannie Gentile at 10:37 AM 6 comments: