The nature of nature

Yesterday as I was raising the flag I felt something prick my finger. 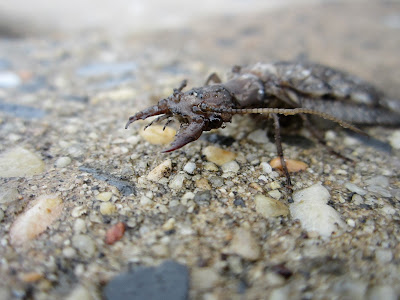 This Dobsenfly had been sunning himself on the flagpole halyard and I didn't see him. 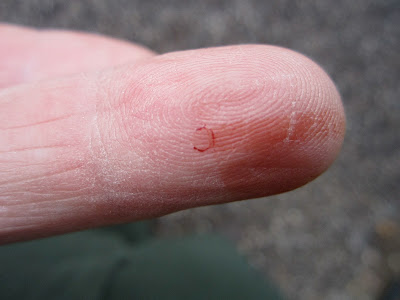 
I guess it could have been worse... 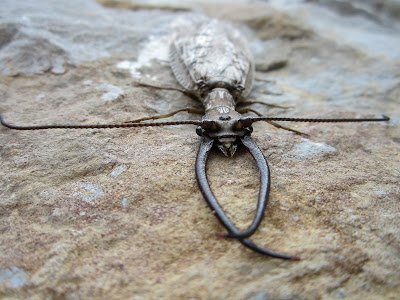 I photographed this three-incher two weeks ago.


Never a dull moment at your National Parks.

The glamourous life of a Park Ranger includes... 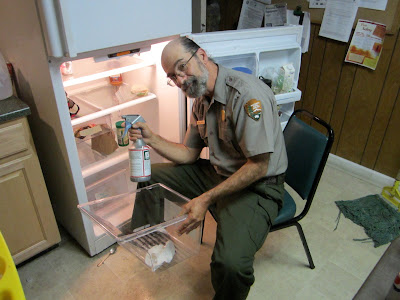 Yours, for better sanitation, 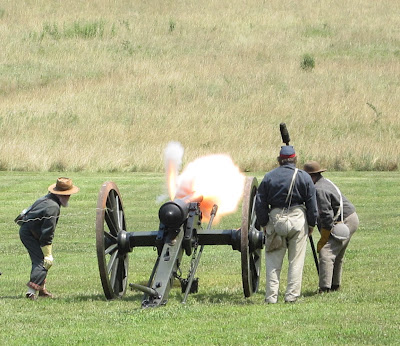 A picture of just how instantaneous ignition is; note the lanyard, suspended in mid-air, at left.

I Rangered at Monocacy today and met some very nice folks.

Must cool off now. 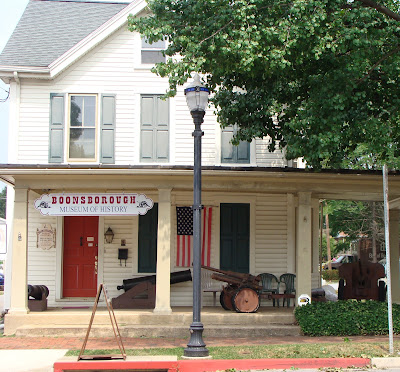 In the place which I call home, Boonsboro Maryland, there is a unique and remarkable  cultural institution known as the Boonsborough Museum of History.  Yes the spelling is different, and that difference sets the tone ...

not to mention the cannons on the front porch 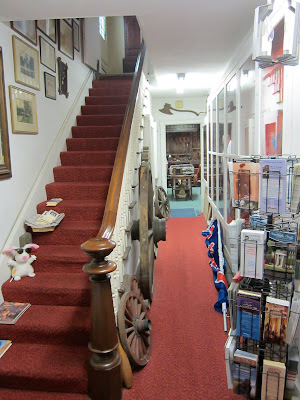 Immediately upon entering one gets the feeling that this building is chock-full of history.

Don't worry, its all spelled out for you: 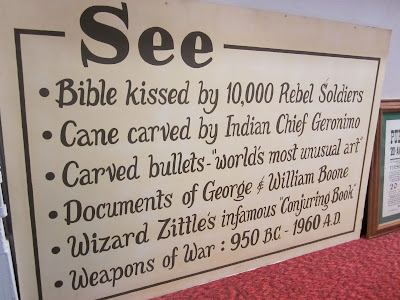 Step past this sign to the main Civil War gallery;  a large percentage of the materials are related to the battles of Antietam or South Mountain. 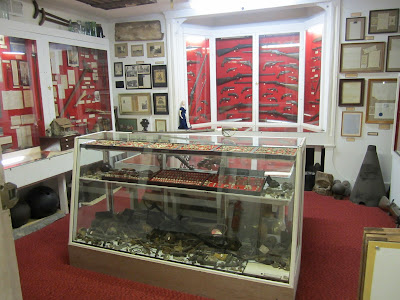 The proprietor, Doug Bast, has been an avid collector since he was nine. 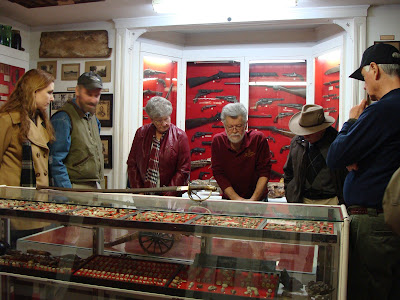 Things seem to have a way of gravitating toward Doug.
From the detritus of battle... 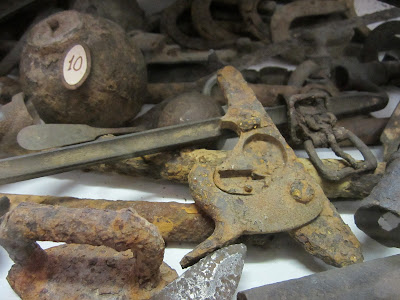 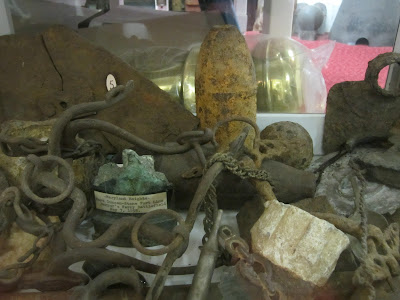 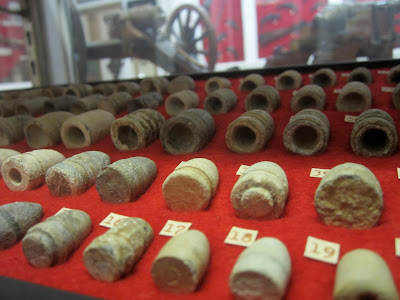 to a breath-taking collection of bullets, including... 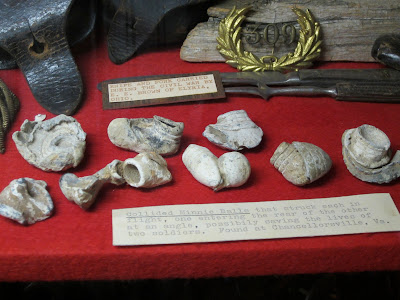 a significant collection of those that collided and fused together in mid-air; a testimonial to the ferocity of Civil War combat.

Doug also has an impressive collection of artillery projectiles... 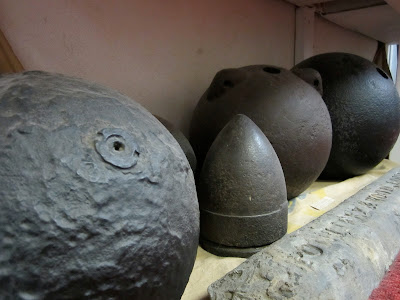 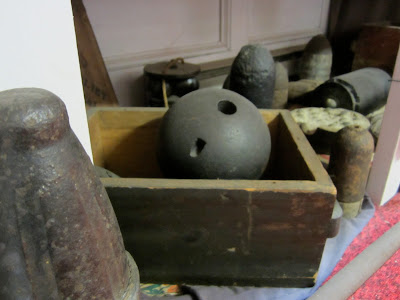 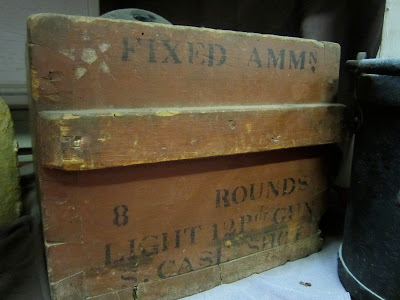 and artillery-related surprises, such as this ammunition crate in superb, and complete-with-the-lid condition! 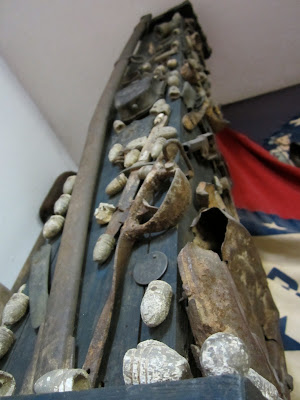 This relic pyramid is covered with items found on the Antietam Battlefield in the years before the establishment of the National Park. 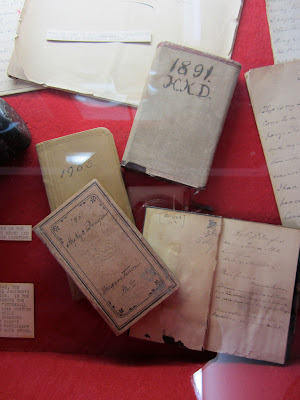 "War logs" always fascinate me, and Doug has two particularly nice ones including this with the 3" Hotchkiss embedded deep within the wood... 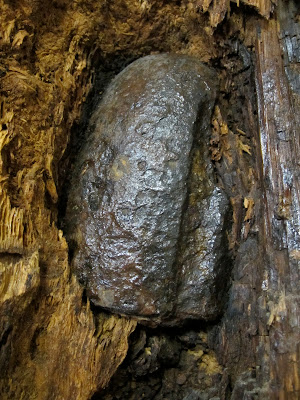 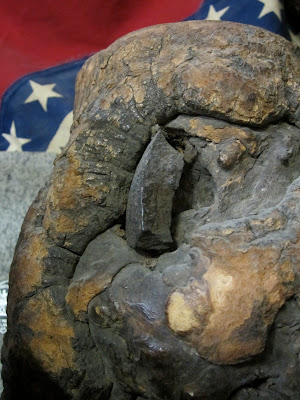 And this chunk of shell (or case perhaps) lodged in another large portion of a tree. 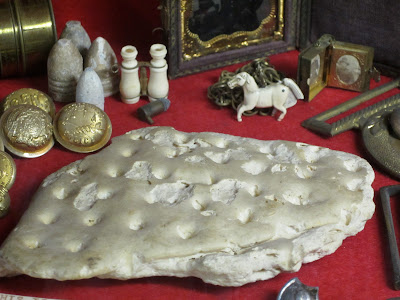 Oddities include many carved minie balls and a pretty substantial piece of "hardtack". 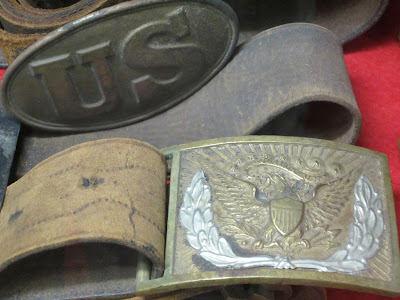 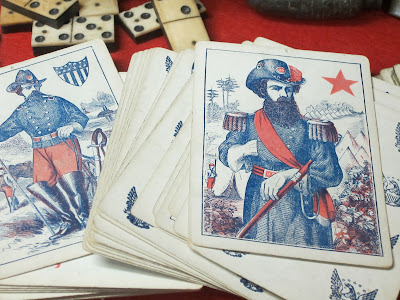 Another real rarity of the collection is this intact Civil War landmine, the so-called "infernal machines" of the era. 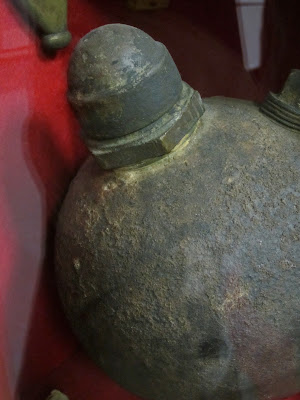 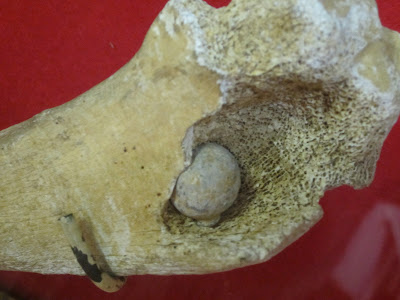 Embedded in a human bone is a much smaller though no less "infernal" case-shot ball. 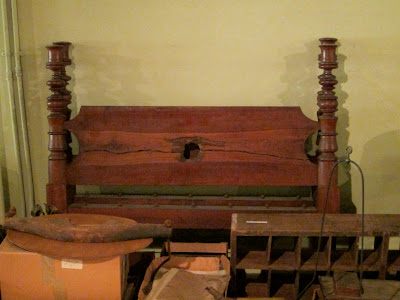 Cannons are a recurring theme throughout the Museum, including this bedstead salvaged from a Sharpsburg home following the battle, holed by a cannon projectile.  "Wake up call" indeed! 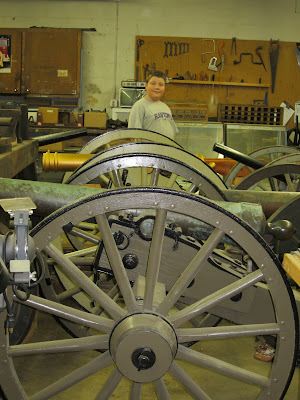 My delighted nephew surveys the contents of Doug's aptly-named "cannon room", though this area is usually not a part of the tour.

If you are travelling through Boonsboro on a Sunday (May - September, noon to 5:00) be sure to stop by for a guided tour.  The place is really easy to spot... 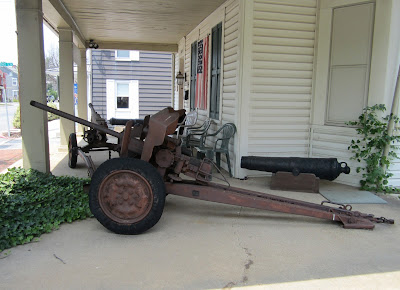 Its the one with all the artillery on the front porch.

Having fun on my day off, smack-dab in the middle of Boonsboro,