I've always believed that Spring is where you can find it.  With the temperature a sunny 64, today, for a day at least, was Spring. 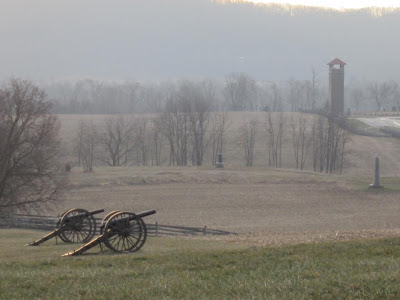 Now its time to hunker down for the other half of winter.

Posted by Mannie Gentile at 7:15 PM No comments:

Last September, just in time for the 150th we opened the new exhibit gallery in the Visitor Center Museum.  This space allowed us to get some pretty cool stuff on display.

One of the real hits with visitors is the "relic pyramid"

In the years following the war a sort of relic-based folk art became popular, and the designs were quite unique.

We acquired, from Gettysburg of all  places, three relic "pyramids" that had been made in the years following the battle of Antietam.  All of the attached items were salvaged from the battlefield in the days before the National Park (ahem...remember that relic collecting is a prohibited activity today).

The results are pretty fantastic and we put the best of the three on display.

Here are some close-up views for you. 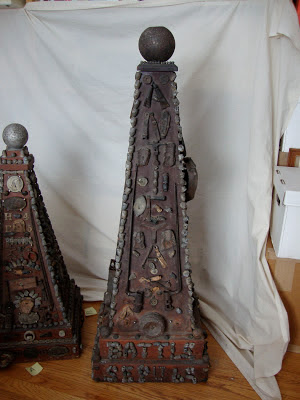 The tall one only had one good side, so we used the middle-sized one to the left which had three really cool sides packed with stuff. 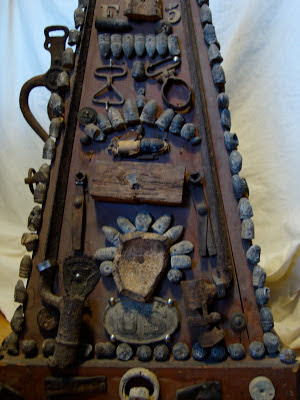 The closer you get the more you see.  Don't forget to click on any of these images for an even
larger view. 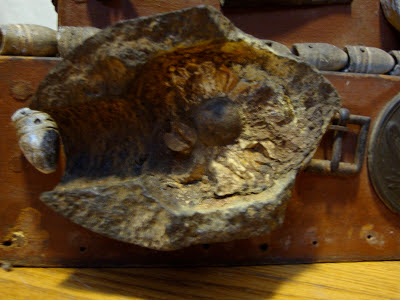 An elongated case shot with a ball still in the matrix. 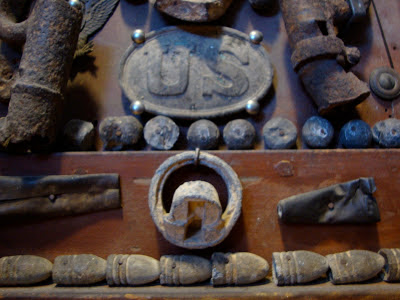 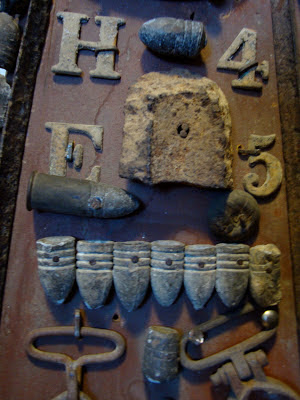 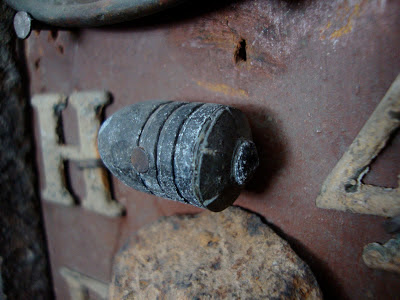 Here's something you don't see too often; a Williams cleaner-bullet with the zinc disc still intact. 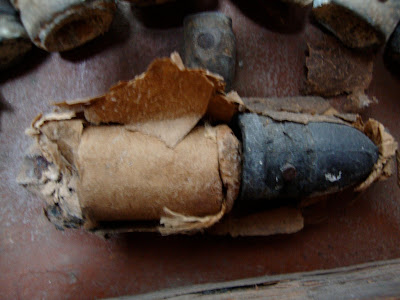 A battered paper cartridgte.  Note how this stuff was just nailed on. 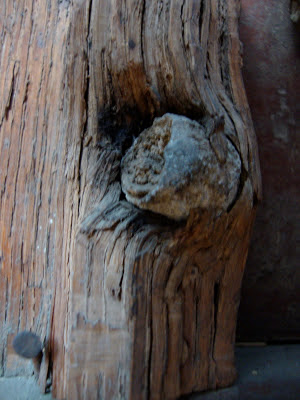 A bullet in a piece of wood. 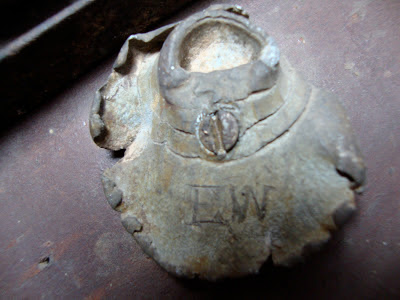 A flattened Burton ball from the East Woods. 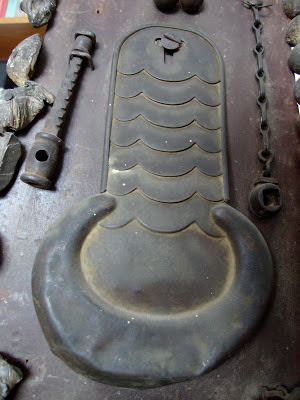 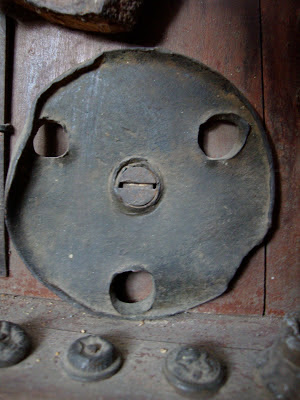 The copper sabot for a Mullane projectile. 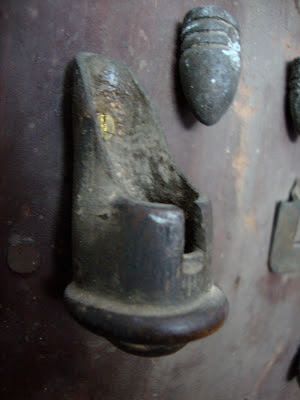 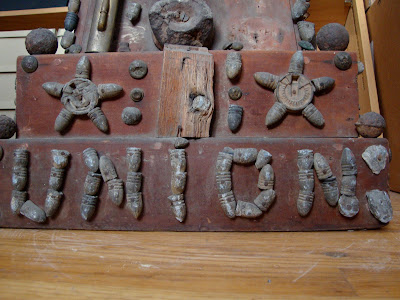 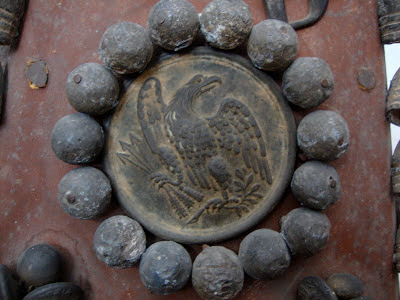 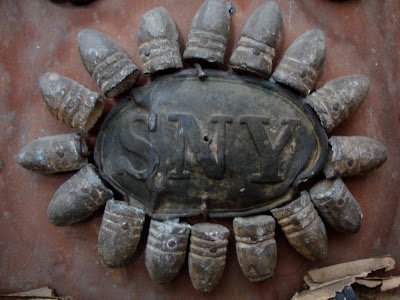 and a State of New York belt plate. 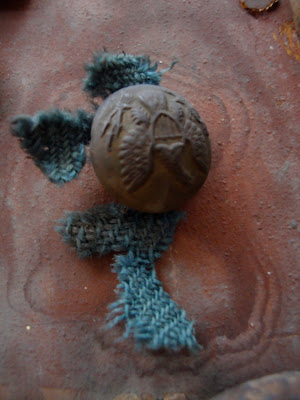 A cool find; the blue wool is still intact on this button! 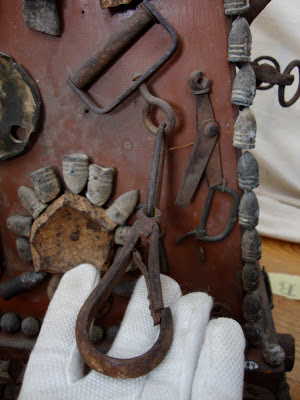 The shackle from a Carbine belt 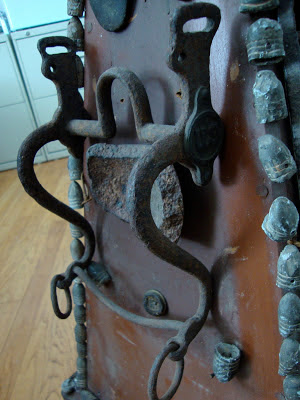 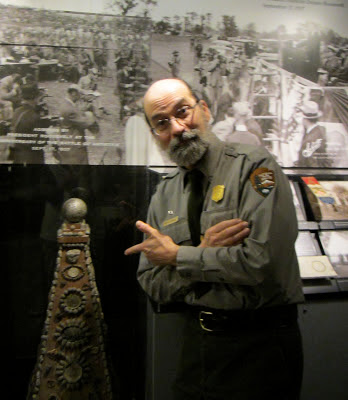 How cool is that?

We just installed a new drinking fountain in the Visitor Center.  This may not seem like a big deal but this particular fountain allows water bottles and canteens to be easily refilled, meaning less water bottles in the landfill.  Cool huh? 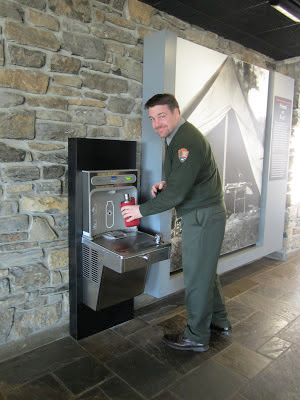 .
Posted by Mannie Gentile at 1:46 PM No comments: