An afternoon with Dan Sickles.

This afternoon Susan and I joined friend and fellow Park Ranger John Nicholas at that park north of us to hear to hear a Ranger talk regarding the colorful career of General Daniel Sickles delivered by Gettysburg Park Ranger Matt Atkinson.  I'd heard a lot about Matt, he seems to have a very devoted following and I'm always looking to learn from other Rangers. 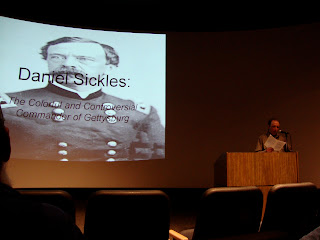 Matt did not disappoint. 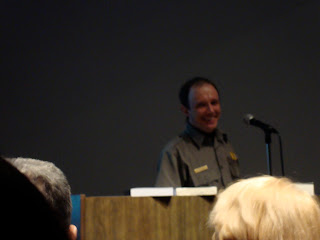 With his easy going style, good humor, and solid knowledge of his subject, he revealed a great deal about Sickles the man, the politician, and the legend, and provided some new insights that needed to see the light of day.
Before we knew it, the hour had slipped by and the capacity crowd in the theater at the Gettysburg Visitor Center was erupting in thunderous applause. 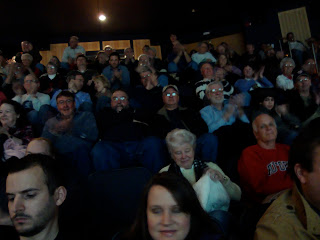 Matt is, quite simply, one of the best speakers I've encountered in a National Park setting; and I should know as I work with the best of the bunch.  If you get a chance this season, be sure to swing by Gettysburg and catch his act.  He is altogether an outstanding interpretive Ranger.
Hangin' on to the high ground,
Mannie
Posted by Mannie Gentile at 11:35 PM 1 comment:

My paucity of postings, prompted by a pared-down posse of Park Rangers, is here precipitously pre-empted pending the proximity of powder; black powder particularly.

This week I attended "class II (non-firing)" black powder training. It was really fun and quite informative.

With the upcoming sesquicentennial observations, service-wide, the number of living history opportunities will be greatly increased.  To that end, I requested this training so's I could be a little more handy to the park.

Park Ranger John Reid, the historic firearms maven from Manassas organized this short course to familiarize about twelve participants from area NPS facilities in the history, technology and safe-handling of blackpowder firearms. 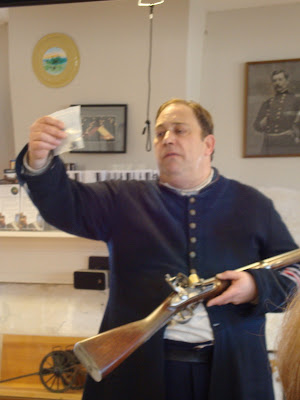 John brought examples of both percussion and flintlock longarms for demonstration.  He has really cool stuff and is incredibly knowledgeable. 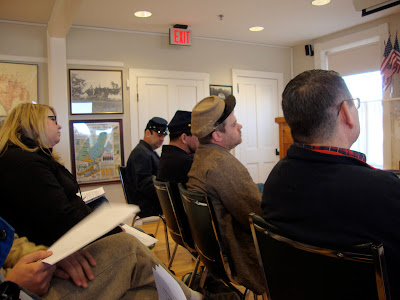 Everybody was quite engrossed with John's easy style and encyclopedic mastery of his subject. 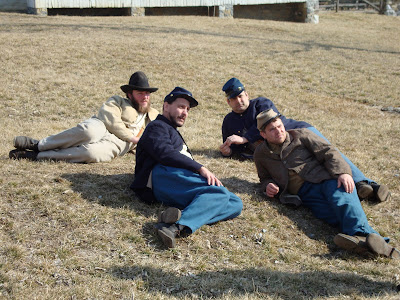 Period attire was encouraged as demonstrated by this gaggle of skulkers. 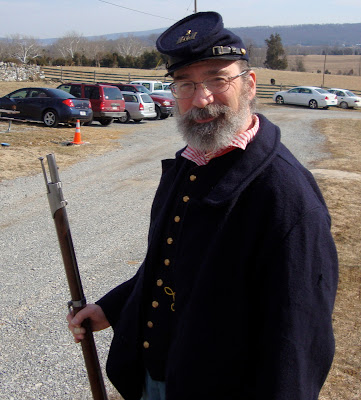 I, however, though far less meticulous in authenticity, was much more attentive to duty.
Following the classroom session John demonstrated the loading and firing "in nine times' as they'd say back in the day... 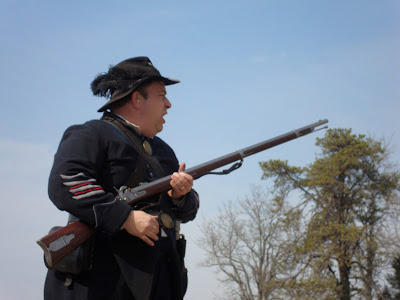 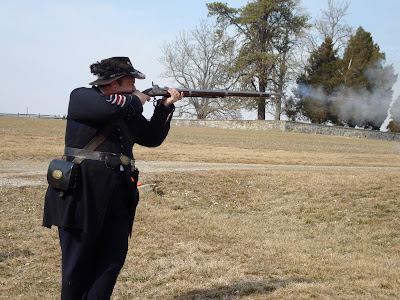 then we all took a turn at burning some powder. 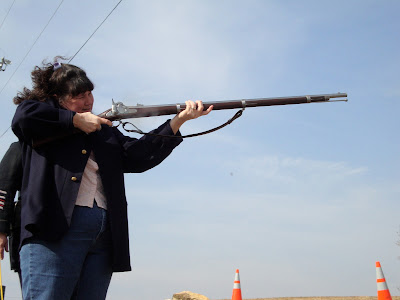 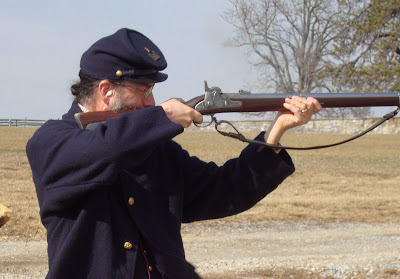 We got to choose between percussion arms or...
as Issac and K.C. so ably demonstrate... 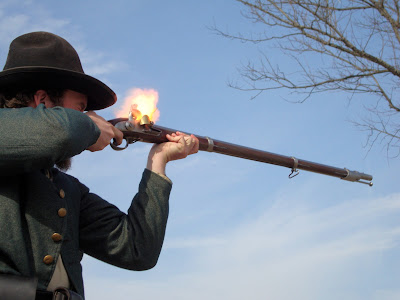 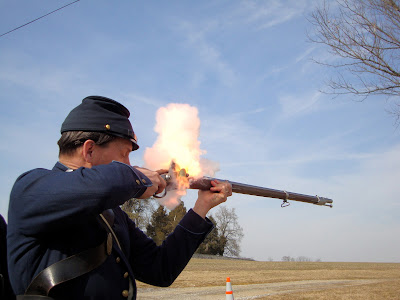 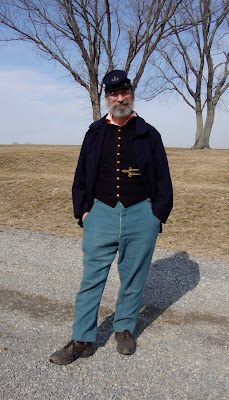 A fun, instructive, and safe time, was had by all.
Getting ready for the 150th!
Ranger Mannie
Posted by Mannie Gentile at 6:59 PM 6 comments: