Volunteers in Parks: the Bridges of Washington County

I often mention the lower bridge over Antietam Creek, known as Burnside's Bridge. Actually, this is only one of thirty-some similar arched stone bridges that were constructed in this county in the 1830's. Nearly all of them are still open to motor traffic. They really built them to last! 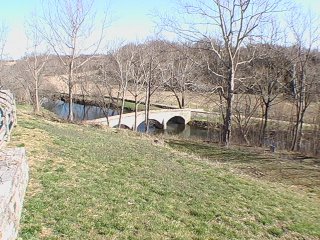 The much photographed Burnside's Bridge on the Antietam National Battlefield (foot traffic only). 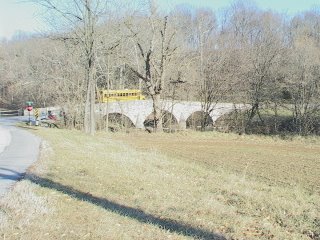 Another participant of the Battle, "Upper Bridge" Was crossed by McClellan's 1st, 2nd, and 12th Corps on their way into action, though not by school bus. 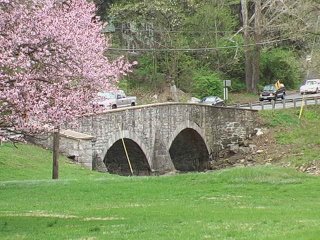 Here's yet another stone beauty over the Antietam at Funkstown.


None of these, however, should be confused with the Aqueduct which carries the C&O Canal over the Conococheague at Williamsport (also in Washington County): 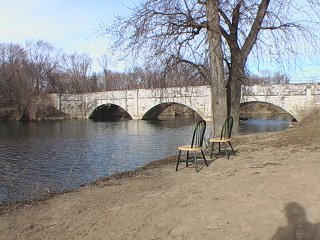 Yes, there will be a quiz.
Posted by Mannie Gentile at 3:43 PM