Volunteers in Parks: the C&O Canal

Long a vision of George Washington to link the western reaches of Maryland with tidewater Northern Virginia, the Cesapeake and Ohio canal is the engineering marvel that runs parallel to the barely navigable Potomac River and connected Georgetown, District of Columbia, with Cumberland Maryland - 185 miles away. The canal, an elaborate system of locks, dams, turning basins, and mule-drawn canal boats, was in operation for nearly 100 years. Work on the canal began on July 4, 1828. Dubbed "our Great National Project" by President John Quincy Adams, the canal operated until finally destroyed by a cataclysmic flood in 1924. In all of its long history the canal operated in the black for only two of those 96 years! Nonetheless, the Chesepeake and Ohio Canal is a marvel of engineering and a testimonial to the dynamism of a vigorous American fontier.

Today, the canal and the adjoining towpath (where the mules plodded along towing the boats) is one of our Nation's most delightful National Parks. It provides a fabulous hiking trail filled with evocotive reminders of our nation's commercial, transportation, and pioneer history. Following the course of the mighty Potomac River, the C&O snakes along the western border of Maryland, and my wife and I seem to be continually bumping in to it, much to our delight. 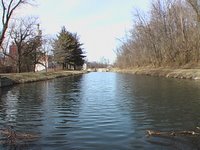 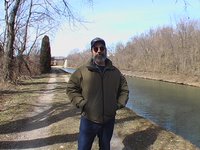 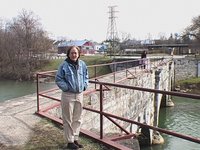 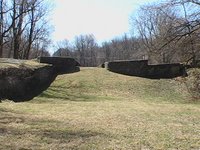 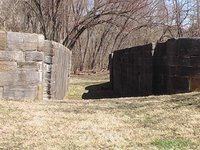 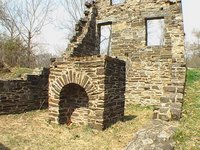 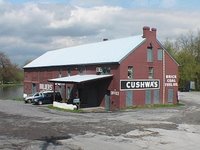 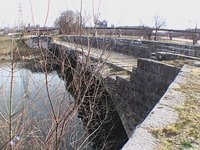 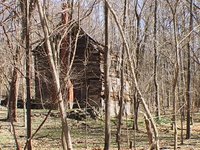 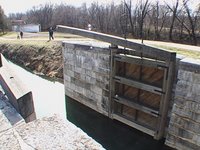 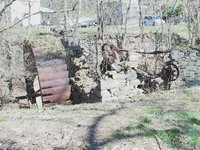 A re-watered portion of the canal provides mule-drawn canal boat rides for National Park visitors in Georgetown, District of Columbia. 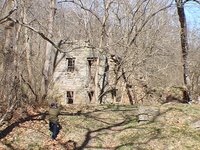 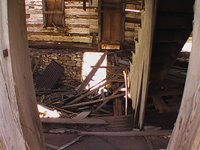 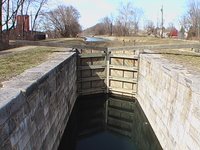 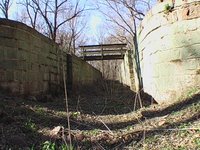 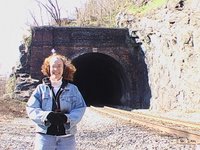 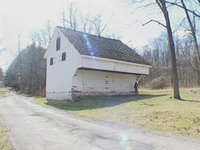 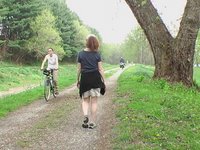 All along the canal you'll encounter locks, and lock keepers houses, as well as lots of ruins of old homes, mills, and structures long lost to memory.


The coal and lumber yard at Cushwa Basin in Williamsport has been restored and is maintained as a visitor's center by the National Park Service. Click on the photo of the Cushwa building to enlarge it, then look to the left of the air conditioner
(about the width of your thumb), you'll see a white brick which marks the high water mark of the great flood of 1936! Mind where you build around here.

Its really something to come across the ruins of an old grist mill with its water wheel still intact and find that the mill has been owned by the same family for over 200 years!

History is everywhere on the canal, from the long abandoned homes devastated by floods to the granite stones of the locks which will still be intact a thousand years from now.

Americans are indebted to Supreme Court Justice William O. Douglas, who in the 1950s, led a march of hikers, journalists, and other interested parties along the length of the towpath to raise the national consiousness about the canal and its importance to our nation's history. Through Justice Douglas' efforts the canal was preserved as a National Park for all Americans as well as visitors to America to enjoy well in to its third century!


As you hike the towpath you'll encounter bikers, birders, joggers, and other friendly folks who enjoy the nature and history that are provided by this national treasure; The C&O Canal National Historical Park. As usual, bring your camera.
Posted by Mannie Gentile at 8:12 PM