When I was nine a watershed event occurred for me. My mother suggested that she and I start a "Civil War scrapbook", whatever that was. Although I had no clue as to what either the Civil War or a scrapbook was, I'm pretty sure that my response was an enthusiastic "Keen!". I was always up for doing stuff with my mom. She had a real knack for making things fun.

What prompted her idea was a recurring pictorial installment in LIFE magazine celebrating the centennial of the Civil War. 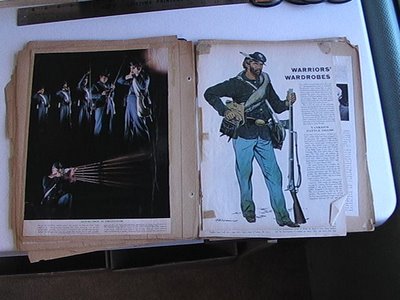 She and I spent many evenings with scissors and glue designing this fabulous one-of-a-kind manuscript; my Civil War scrapbook (like, doesn't everybody have one?) which I still have. 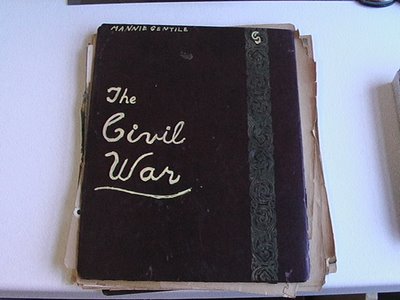 One winter night around that same time, my dad stuck his head in the bedroom (shared by my older brother and me) and announced "If you guys keep your room clean, pay attention to your mother, and behave yourselves, I'll take you to Gettysburg this summer." I was dumbstruck! Fortunately our father didn't hold us to our end of that bargan- and that summer, he, my brother, and I were packed in the Corvair and heading toward Gettysburg and my future. 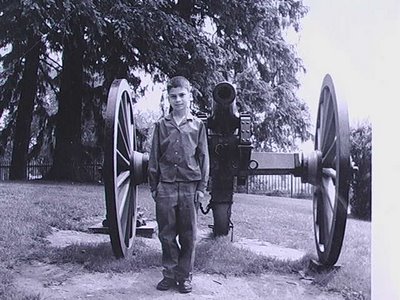 That trip had a major influence on me, as did a timely response to a piece of my juvenile fanmail to Civil War historian, Bruce Catton, as well as the release of the John Wayne movie "The Horse Soldiers" and the manufacture of plastic Civil War playsets by the Louis Marx Company. 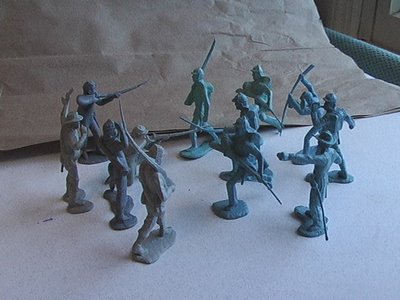 This was the harmonic convergence of getting a kid, me, interested in American history in general and the Civil War in particular.

So now I find myself with a dream job at Antietam National Battlefield, our nation's most significant Civil War related national park. I give two presentations daily, always hoping to spark the imagination of the nine-year-olds in my audience. I couldn't have hoped to be in a better place with a better job. I only wish that my mother, my father, and Bruce Catton were sill around to accept my thanks.