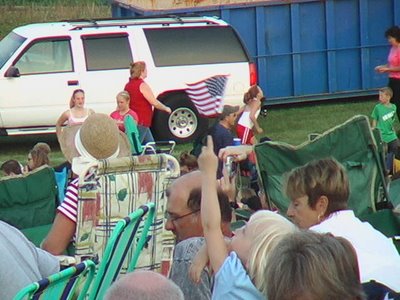 July first was the 21st annual Salute to Independence celebration at Antietam National Battlefield. People started staking out their claims on the highground behind the visitors center (Lee's position) with lawn chairs, coolers, food, bubbles, pinwheels, flags, awnings, and lots of sunscreen. Everyone was in a really upbeat mood. The park staff really enjoys hosting this annual celebration, its a great way to be a good neighbor. With about 30,000 neighbors in attendence the happy crowd was serenaded a strolling saxophone band as a warm up for the main event with the Maryland Symphony Orchestra.

The big musical finale was of course the 1812 overture with the cannon parts played by an artillery battery of the Maryland National Guard followed by fireworks. It really was a sight and sound spectacular!

The final event of the evening was the 90 minute "salute to traffic jams" as all those people tried to get out of Sharpsburg simultaneously. 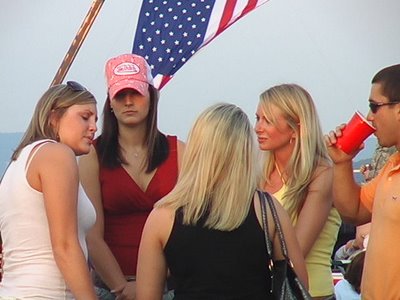 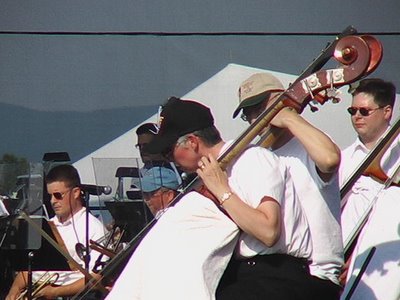 Members of the Maryland Symphony Orchestra 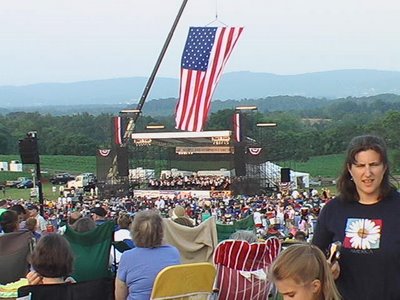 Not a bad seat in the house 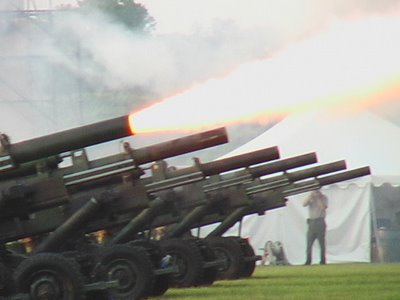 The cannon section "tunes up" 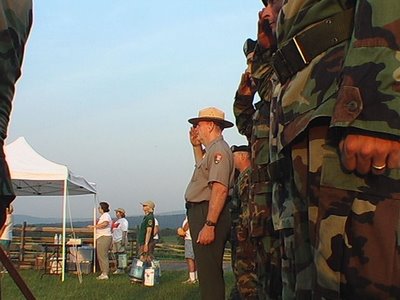 Ranger Mike and Artillerymen from the National Guard 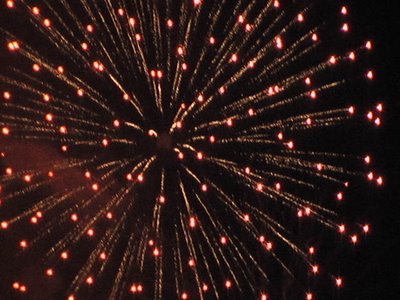 And a good time was had by all.
Posted by Mannie Gentile at 9:36 PM