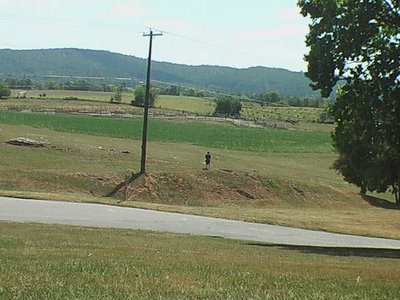 Today I met a little boy tricked out in a homemade Union uniform. He had a nice, though weatherbeaten, storebought kepi, a wooden musket, a homemade sackcoat with corporal's stripes and a large black, boxy, woman's handbag as a cartridge box.

This was the image of me 45 years ago with the cheap felt kepi I'd bought at Gettysburg, the cotton sack coat that my mom sewed for me (with corporal's stripes) and the cardboard cartridge box that I had designed.

I met this boy in the parking lot of Antietam National Battlefield's visitor center today and asked him how old he was. "Ten" was his reply. I pointed to my ranger hat and badge and said "I started out just like you when I was ten." He smiled.

It was kind of a transporting experience. 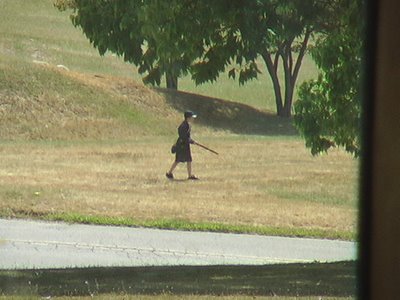 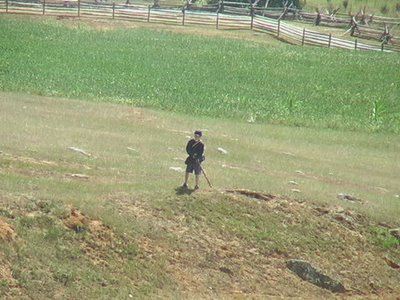 Later, as I was eating my lunch at the Smith house, I saw the same kid, gamboling over the rocks, shooting down innumerable rebels as he charged his way to his parent's waiting car, and drove off to his own future.