Button Counting Through the Ages 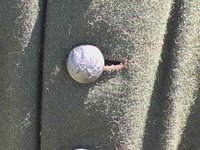 A shortsighted aspect of the way many enthusiasts view the Civil War and the reenacting hobby is with the mania of absolutism:

Gosh, its such a monolithic approach to what was, after all, an army comprised of a bunch of freewheeling democrats (note lower case "d").

When I read Civil War reenacting publications, which go to great lengths to promote accuracy in impressions while at the same time ridiculing "farby" inaccuracies in costume, I've gotta laugh.

Now I've never been a reenactor but...

If I were to do an impression of, oh...say a U.S. Navy destroyerman of the Vietnam era I think I'd trick myself out in tailor-made Seafarer dungarees, a duty belt with a holstered Colt 45 "slabsides" and two extra clips, an oversized belt buckle sporting the four "sparks" of the radioman, a slapped together paper admiral's hat, and a well-worn pair of flip flops. And don't forget the totally goofy goatee (facial hair for those still too young to grow a full beard).

Regulation? No way. Authentic? You betcha...ask anyone who was there. 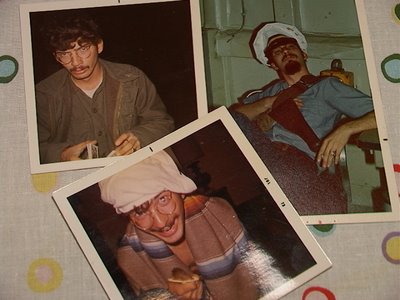 I think G.I.s in my generation, my dad's generation, or the Civil War generation have always craved the tailor-made, the non-regulation, the distinctive and rakish look of the non-issue uniform. It's every G.I.s way of asserting his or her independence within such a big and dehumanizing organization.

A lighthearted tribute could be paid to Civil War soldiers if hard-core reenactors would lighten up on their disdain for the so-called farbs, and acknowledge the authenticity of less than "perfect" uniformity...just as every actual soldier, sailor, marine, and centurion has for many a bygone millennia.

Anonymous said...
This comment has been removed by a blog administrator.
12:04 AM

In essence, I agree with your sentiment. However, reenactors do have one saving grace in their pronouncements of what "was." They KNOW that no one had Sears workpants, Trapdoor Springfields, modern glasses, and coolers in their tents!

So, we must take care not to indulge in your "freewheeling" attitude too far or we will not be reenacting the civil war!