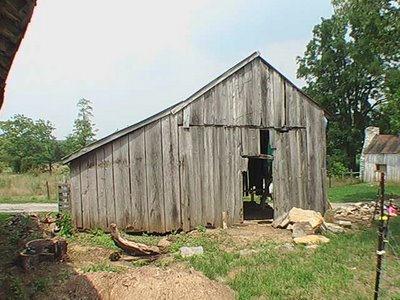 Over the course of the spring, summer, and through the very late fall, I watched as the folks from the Cultural Resources Division took the Poffenberger wagon shed on as a stabilization project...they really had their work cut out for them.

When I first encountered the shed it had a huge tree growing out from one wall and half- dozen woodchuck holes had the foundation askew.

The Joseph Poffenberger farmstead is an outstanding cluster of original buildings along the jumping off point for Hooker's 6:00 a.m. advance toward the Confederate positions near Dunker Church. Saving these significant buildings was a priority for the park this season. 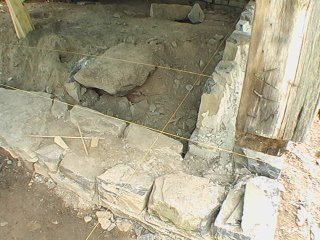 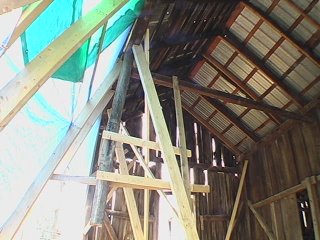 and shoring up the structure so it doesn't expire on the operating table (talk about "intensive care"). 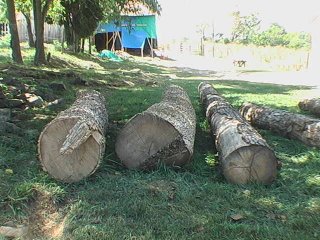 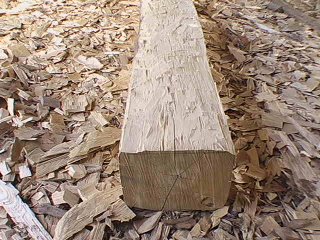 and new sills and beams were hand-hewn. 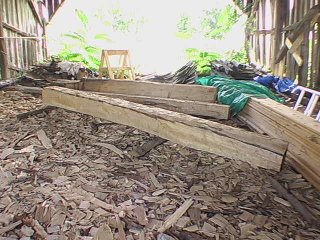 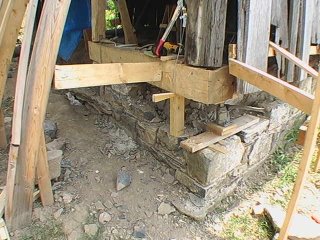 Great care was taken to utilize as much of the original materials as possible. 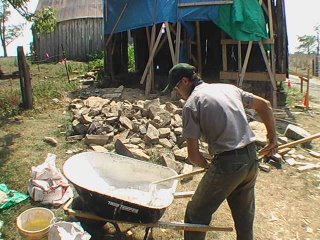 Historic mortar mixes were used in the restoration of the stone foundation. 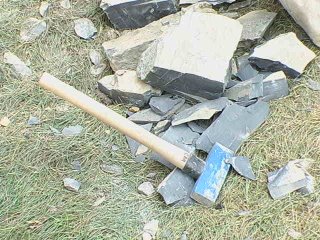 New stones where cut by hand but the historic facing stones had been numbered to allow them to be... 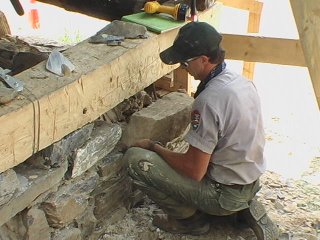 carefully placed back into their original positions. 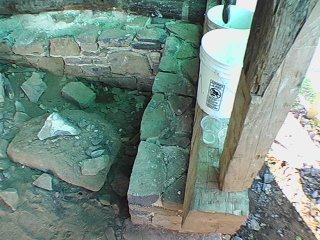 Slowly the shed began to get square again, 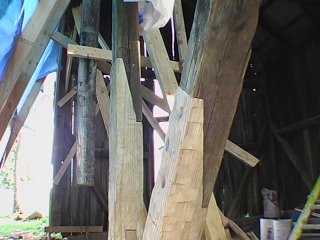 as new materials were married to the old, 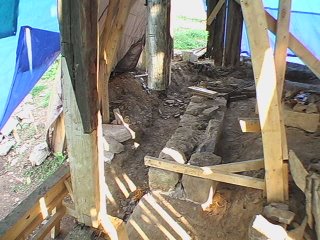 using techniques that the centuries could not improve. 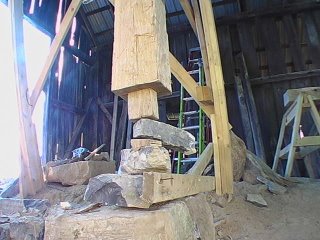 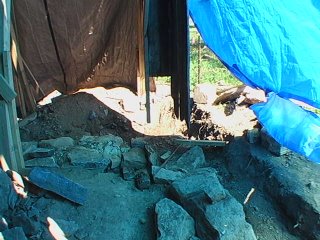 A foundation corner before... 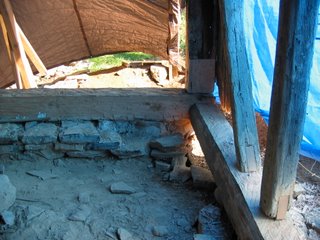 and during the restoration process. 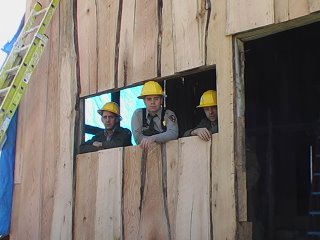 K.C, Keven, and Travis are only three of the many talented and dedicated professionals who preserve Antietam National Battlefield as a living legacy for generations of future Americans. 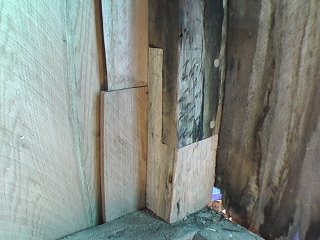 Their attention to detail and commitment to utilizing original materials and techniques is evident throughout the project. It's really been a treat to watch them work over this very productive season. 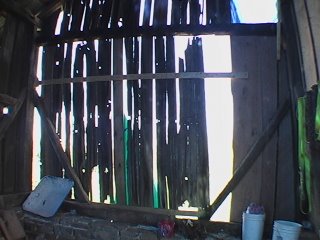 Deteriorating boards are replaced with siding cut in the manner of... 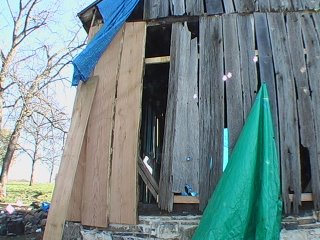 the 1860s. Slowly the look of the shed regains its appearance as the men of the First Corps saw it on the early morning of September 17, 1862. 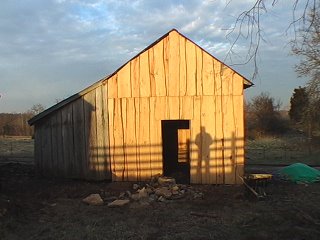 Those men are long gone, but thanks to the efforts of skilled rangers and artisans, the shed that many of them strode past as attackers, or returned to as battered wounded, remains to march into the future.

History is with us everywhere, at Antietam National Battlefield.

Ranger Mannie
Posted by Mannie Gentile at 1:02 AM

A very interesting post! It is so encouraging to see successful efforts save old structures like this one.

Mannie,
Great job, I walked the farm 3 years ago while on vacation and wondered how long the building would stand up. So glad to see renovation starting. Thanks, a Poffenberger