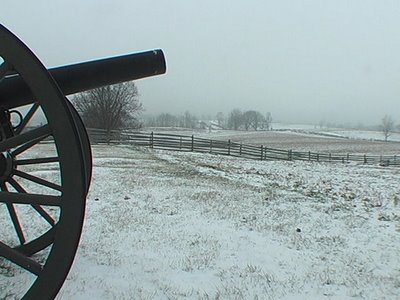 
Yesterday, as I was driving to the park, the snow started to fall just as I crested Cemetery Hill heading into Sharpsburg. Parking at the Smith House, I began my morning routine. After a vigorous 45 minute walk through the West Woods and back to the Visitor's Center it became clear that this snow was going to stick around for awhile. As the slow winter season day passed, the snow continued to accumulate, not much by Michigan standards (we're talking about an inch here), but, for this region it had folks quite concerned, so much so that the park closed an hour early.

I changed out of my uniform somewhat bemused with the hulabaloo that this light snowfall was met with..

This morning I went in to the park an hour early, so as to get my walk in, and I was greeted by a lovely carpet of light snow, untrammeled save for the wildlife of the valley. 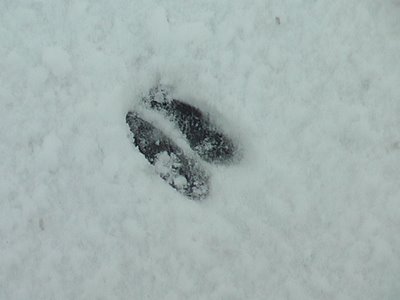 As I hiked from the tower at the Sunken Road to the Roulette Farm, I picked up the trail toward the Mumma farmstead following the ever gurgling spring that flows quite mysteriously from out of nowhere on the Mumma Farm and flows down to the Antietam. In a single glance I could see the bright green grass of spring, the withered leaves of Autumn and the fresh snow of winter. 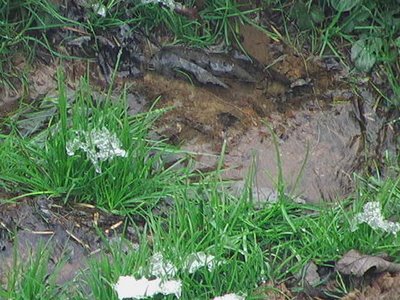 This battlefield is beautiful in all seasons.

Do come visit...just north of Sharpsburg

Mannie,
Stumbled across your blog while not doing what I'm suppose to be doing here at work. I like it alot! Will be coming to Antietam for the first time in May and am doing all the reading/reseaching that I can before I arrive. Your blog and photos have given me a whole different perspective about the park that McPhearson, Sears, Foote, etc... have not provided. Bravo.
From an "old" Park Ranger (Yosemite '82-'84 and Denali '85) to another, I'll see you in the springtime.
Timothy Knotts