Pick 'em up and lay 'em down: The Hike up Nicodemus Heights

What a day! Park programming is back in full swing and the tempo has really picked up. Today, I joined Ranger Brian and about 36 visitors for a two hour ranger-led hike up Nicodemus Heights to view the battlefield from the positions of Stuart's horse artillery. It was, in a word, spectacular.

This is a once-per-year hike is dependent on three key components: the weather, the foliage, and the permission of the property owner (Nicodemus Heights is not park land but privately owned). Brian, and mother nature arranged for all three and it made for a perfect afternoon. 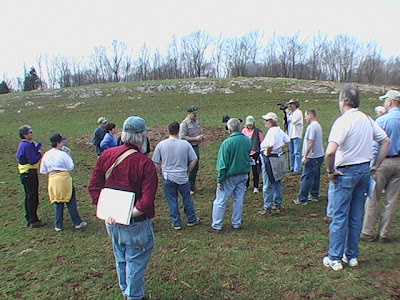 The participants gather and Brian kicks off the hike with background information on the early morning hours of the battle and the devastating effect of Confederate battery fire on the Federal troops approaching, and marching through, the Cornfield. 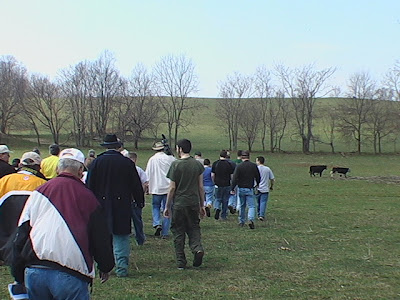 Hikers trekking uphill toward Nicodemus Heights, in the distance. The cows beat a hasty retreat in the face of our steadfast advance. 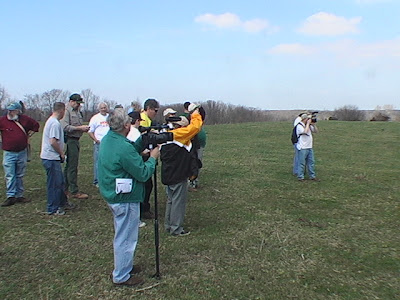 The appreciative gasps, and shutter clicks, were audible as the hikers, gaining the top of the Heights, turned around to drink in the magnificent panorama before them. 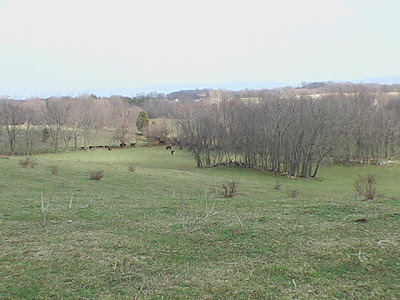 It was immediately obvious to all that the Heights commanded the approach of Hooker's First Corps. It was also evident that the Rebel guns on Nicodemus Heights were far beyond the reach of the Union long-range guns, and free to rain unimpeded destruction upon the advancing Federals. 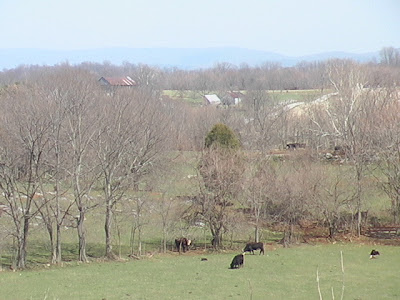 A long shot of the Samuel Poffenberger Farm in the distance, the jumping-off point of Hooker's Federals. From the ridge just beyond the barn, Union guns of the First Corps sent counter battery fire toward the Confederate guns on Nicodemus Heights, to little effect, so advantageous was the rebel position. 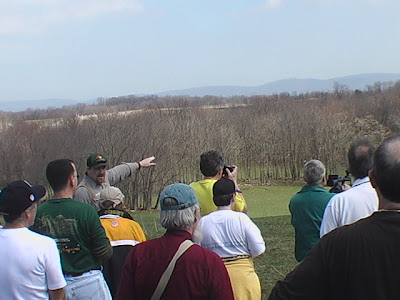 Brian indicates the barrier the West Woods provided in impeding the fire of the Confederate batteries. The Rebels will have to limber up and relocate to Hauser Ridge, just south of Nicodemus Heights, from which point the Rebel guns will devastate Sedgewick's Division as it emerges from the woods into the muzzles of Confederate guns firing cannister. 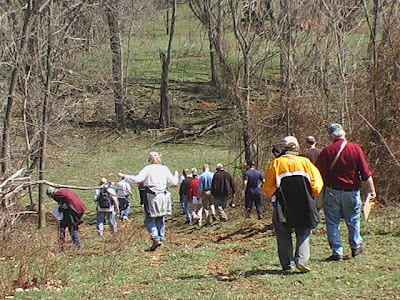 What goes up, must come down. From the slopes of Hauser Ridge the hikers will return to their starting point in the Cornfield, for a wrap-up and a round of applause for Ranger Brian.

and the season's just beginning.