It was a very busy week at the park as the annual Chambersburg Civil War Seminar came to Sharpsburg with the Battle of Antietam as its focus. Lots of top-flight historians and writers provided numerous lectures, tours and hikes. Nearly the entire ranger crew participated in hikes and talks for nearly 100 seminar participants. I gave a 90 minute hike and talk on George Sears Greene.

On Saturday night the footsore, hungry, but always ready to learn faithful gathered at the historic Mumma Farm at the heart of the battlefield for remarks by co-coordinator and Antietam Ranger Keven Walker. 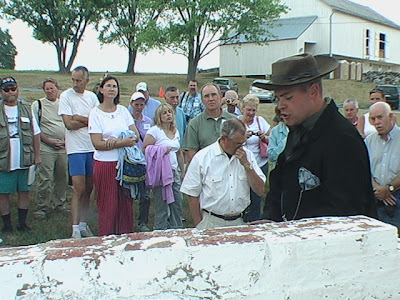 Following historical perspectives on the farm and Mumma family by Keven it was suppertime and the Mumma barn was opened to reveal a 19th century supper for all. It was quite delicious. 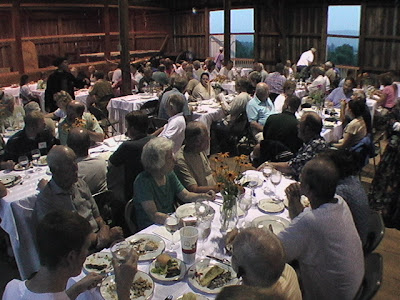 (Hey isn't that Ed Bearss, not eating his lima beans?) 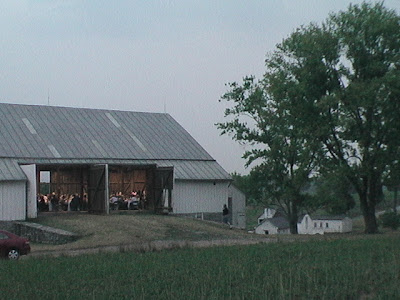 Thanks to park historian Ted Alexander for asking me to participate.

I guess I can say that a good time was had by all.