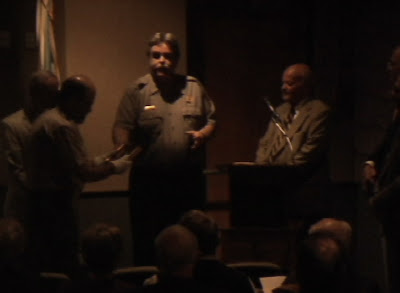 from park superintendent John Howard, for safe keeping in a display case.

Hooker's valor at the battle of Crampton's Gap during the 1862 Maryland Campaign resulted in his being awarded our nation's highest military decoration.

It was a wonderful close to an indredibly satisfying four days.

I'll post more tomorrow, but now a cold barley based beverage and a good foot soak are the priority after a very long day.