This past summer, our good friends from South Mountain State Battlefield limbered up their 12 pounder Napoleon gun howitzer and went into action at the Pry House for the delight and instruction of our visitors. I took the opportunity to lock down three camcorders in an effort to make some didactic hay out of the afternoon on Youtube. Now please understand that none of these still images (captured from video, accounting for the low quality) involved me, or anyone else being in harms way. Each camera was prepositioned and simply switched to "record" prior to any firing. The Park Service is extremely saftey conscious, great pains are taken to insure that black powder events are as safe as possible for visitors and presenters alike.

That disclamer noted, now let's look at some of these captured frames.

I've recently been reveiwing much of the artillery footage that I've recorded over the last two years, and I've come across some pretty interesting stuff.

These frames in particular are instructive when discussing the means by which Civil War projectile fuses were ignited. 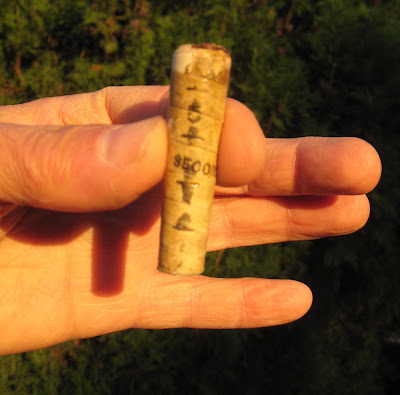 This is an original, five-second fuse from the American Civil War. Simply a cardboard tube, packed with black powder, measured in one second graduations. This fuse relied upon the studied eye of the experienced gunner who would cut the fuse at the increment that coincided with the time of flight of the projectile to the enemy. That is to say, if the enemy were three and one half seconds away (by flight of projectile) the gunner would cut the fuse at the 3 1/2 second graduation and push the fuse into the fuse plug at the nose of the projectile prior to its loading into the gun. Follow? 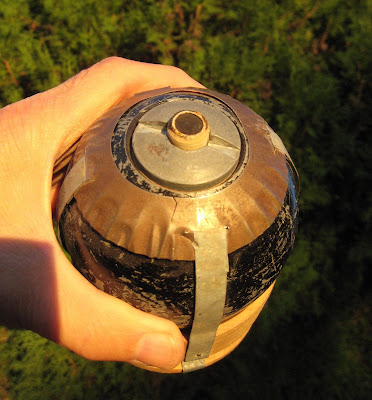 Here is that very fuse inserted into the fuse plug of a six pounder projectile (case) ready to be rammed down the muzzle of the gun.

The idea being that, when the gun is fired, the projectile will exit the muzzle along with a ball of superheated gases (fire) from the ignition of the propelling powder charge. This ball of flame will instantly ignite the fuse as it is sent upon it's merry way toward the foe, where, ideally, it will explode exactly three and one half seconds later, directly above the enemy.

Let's look at the sequence that will ignite that fuse, one frame at a time.


Here is the muzzle of the gun at the moment the lanyard is pulled: 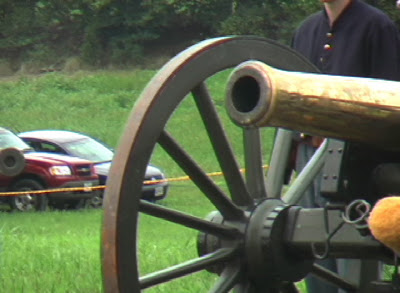 These are the superheated gases that exit the muzzle prior to the emergence of the projectile. This is the heat that ignites that fuse. 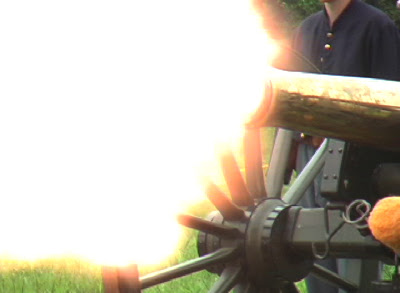 Within this ball of flame the projectile will emerge, fuse sputtering to life, towards it's rendezvous with the enemy, three and a half seconds downrange. 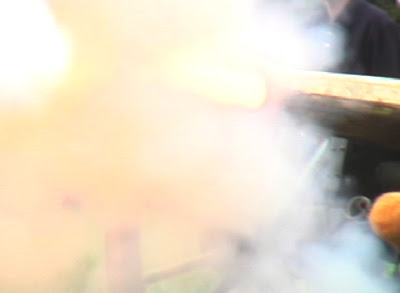 Here is that same sequence from a different, more revealing angle. Please pardon the color shift as my expensive camera decided to bite the dust at this crucial moment. 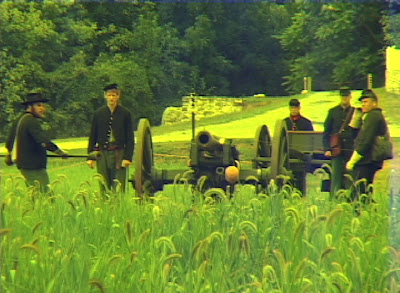 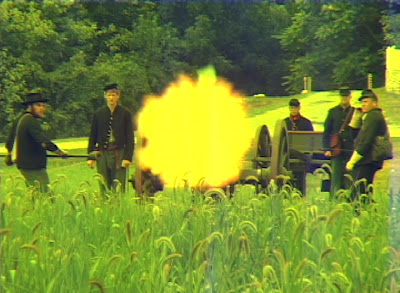 at this point the projectile will emerge with fuse ignited... 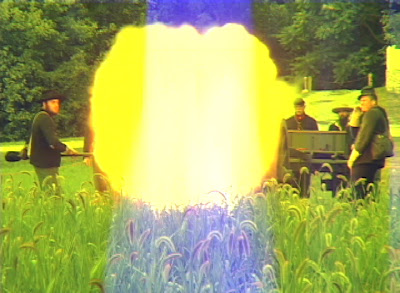 and projectile is on its way. 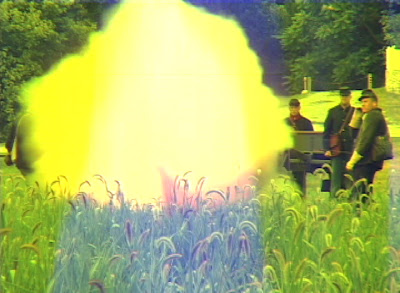 Keep your heads down!