Watching for 2008 from Turner's Gap 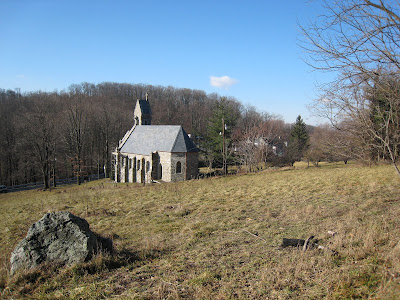 This recent comment prompted a quick trip up the mountain this morning:

Turner's Gap is just up the road from (east of) Boonsboro, Maryland.


Looking east into Frederick County from Turner's Gap, at the edge of Washington County. Middletown is about six miles down the road. 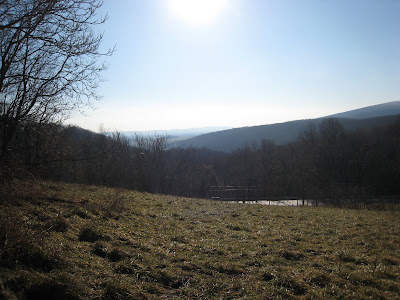 Two much-visited structures mark the gap, Dahlgren Chapel (at the top of this post and below) and the Mountain House Inn. The historic Inn was Confederate general D.H. Hill's headquarters during the South Mountain fight and it is the place that the wounded General Garland was taken to die. Today the Inn is a very fancy (and, I'm told, good) resturant. 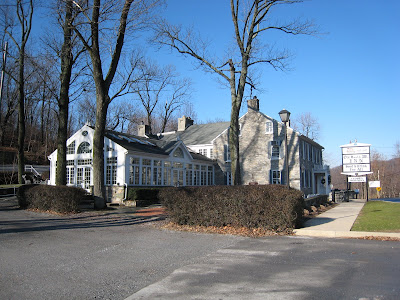 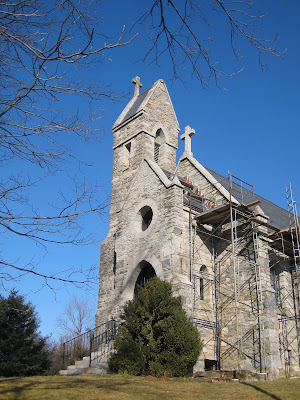 This beautiful and tiny gothic revival chapel was built in the 1880s by the widow of Admiral Dahlgren, and is (as you might imagine) a popular place to hold weddings...hmmm, how convienient is it that the resturant is right across the road? Wonder if the parson might also front a polka band.


The chapel and Inn are intersected by both the Old National Road (highway 40) as well as the Appalachian Trail (A/T).

Aside from these two remarkable buildings and an eastern view there are also lots of interpretive markers including the always well done Maryland Civil War Trails waysides as well as the ubiquitious War Department tablets (below). 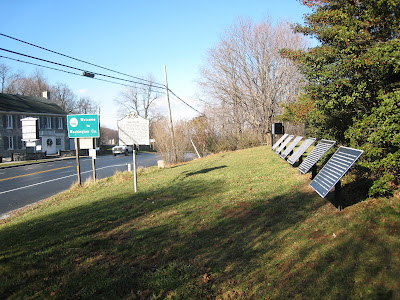 Turner's Gap is the northern-most of the South Mountain Battlefields and also the site (if you keep going uphill to the north) of
Washington Monument State Park, home of Maryland State Park Ranger Al Preston, the "go-to guy" when it comes to info on the Battle of South Mountain.

Continuing South along the spine of the mountain the A/T hiker will encounter Fox's Gap, location of the Reno Monument, and several more miles Southward comes Crampton's Gap the third of the three fields of the South Mountain Battle.

South Mountain is an often-overlooked and very important battle in Lee's 1862 Maryland campaign. It's definately worth a few hours when you come out this way.

This was a nice jaunt with which to bring to a close another "Year of Living Rangerously".

Very best wishes for a happy and healthy 2008!

From Rangers Mannie and Smokey 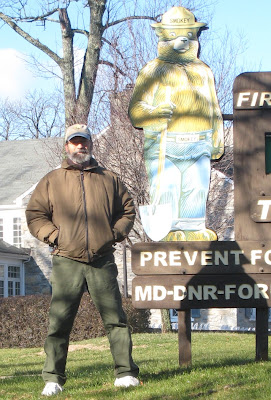 Posted by Mannie Gentile at 1:17 PM

Thank you, Mannie, for another great year of posting and maintaining a unique enthusiasm for the details of your days at Antietam. They have become such a curiosity to so many given the unique character in which they are so often conveyed.

Mannie, I was very happy to see that my previous comment prompted this post along with the always very much enjoyed photos. I enjoy the behind the scenes posts and photos very much! Thank you.

Your blog is one I read every day since I live nearby and I'm very interested in Lee's Maryland Campaign (and for sheer entertainment).

My wife and I were married in the chapel and had our reception in the inn's "CW room." We first ran across the inn and chapel during our hikes of the AT from Rt. 7 in VA north to near PA. It is interesting to see on some CW maps that the Mountain House is placed on the north side of the Old National Road. Looking at the inn today, it is hard to see how the road could have been located south of it--any thoughts other than bad maps?

As you likely know, Washington's Monument was used as a Union signal station and observation point after the Confederates were pushed off S. Mountain.

Thank you for your efforts and Happy New Year to you, your wife and family.

from your blog to your videos...
You need your own history show!!!