(four of the following photos weren't taken from me, but lifted off of the internet)

Two of the things that have secured Montgomery C. Meigs place in design history are the much despised 1881 U.S. Cavalry helmet...(modeled by yours truly) 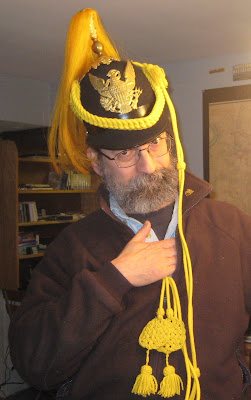 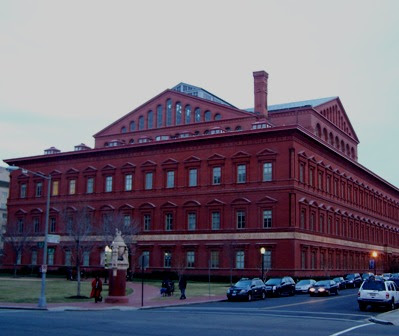 Designed in 1881 by Civil War Quartermaster General and later civil engineer, Montgomery C. Meigs, the Pension Building (Now the National Building Museum) is one of the  landmark buildings of our nation's capitol.

This now cherished building was originally ridiculed as Meigs' "red barn". The Red brick facade of the edifice was so at odds with the marble and alabaster of Washington DC that it was viewed by many as an eyesore.

Fortunately time, and good taste prevailed, and we are left today with a masterpiece of engineering and asthethics. The pension building is, for my money, one of the most beautiful buildings in Washington City.


The building served as the repository of all Civil War veteran's pensions claims into the 1940s and has more recently become the site of inauguaral balls, state occaisions, and now, the Smithsonian Craft shows. 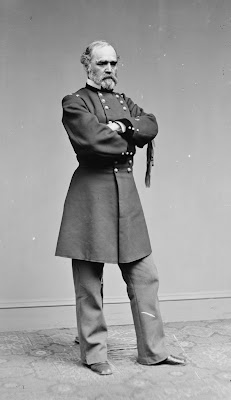 Here is the Haughty Monty Meigs who delighted in confiscating the Arlington home of Robert E. Lee to inter the dead of the first Manassas on the grounds of "Mars Robert's" slaveholding.

But a closer look at Meig's very, very sad countenance provides us with a hint of his deep bitterness toward the traitorious Southland... 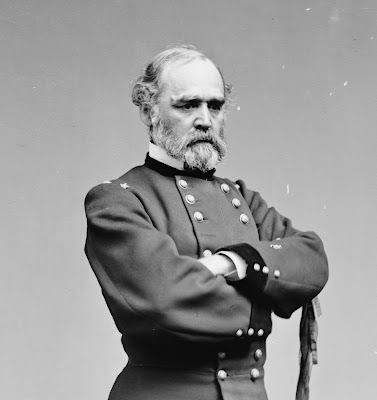 his much beloved son, killed in battle was a loss that devastated the general. 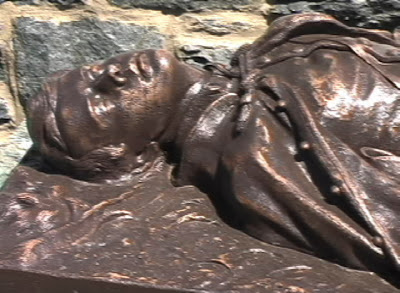 The bronze monument of the younger Meigs at Arlington National Cemetery is located directly behind that of his father.

Montgomery Meigs transended that loss to go on to be one of the most influential post-war generals of the United States Army. He would prevail over his own personal loss to embrace the plight of all disabled Union veterans and design for them a revolutionary records center in the nation's capitol; the pension building. 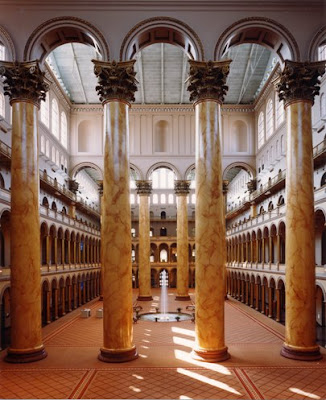 An exterior frieze wrapping around the entire building depicts a parade of Civil War military units.The frieze was designed by Bohemian-born sculptor Caspar Buberl (1834-1899). The frieze is made of terra-cotta and measures 1,200 feet long, 3 feet high. 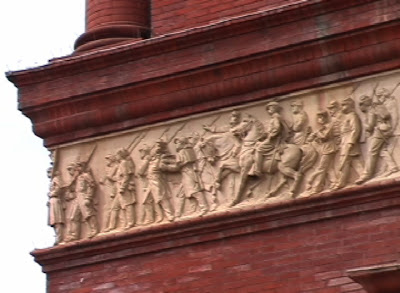 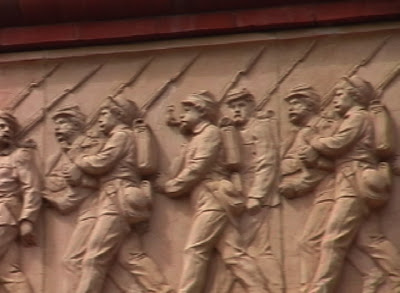 It salutes the foot slogging infantry, 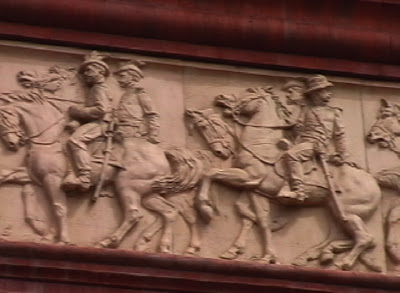 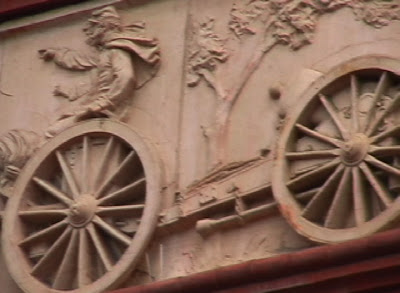 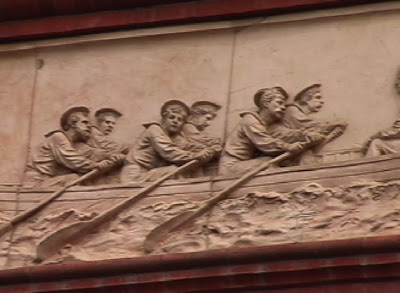 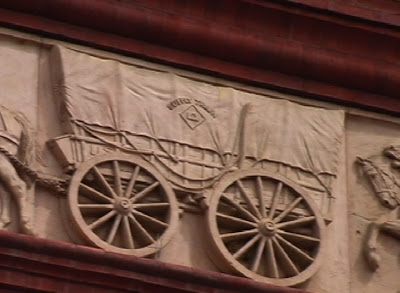 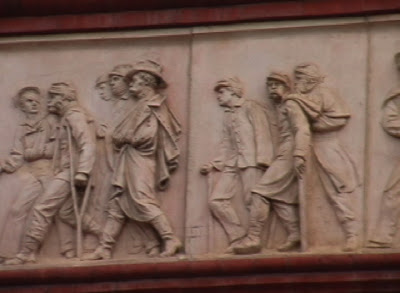 and the halt, lame, and wounded to whom this magnificent edifice is dedicated.

The National Building Museum ,nee,  the Pension building is one of our nation's premier treasures and I highly recommend a visit.

Ranger Mannie
Posted by Mannie Gentile at 8:01 AM

Great pictures Mannie but those cavalrymen look like dandies to me!

Meigs was a fascinating person. Went from being the supervising engineer for th Capitol Building to banishment to Fort Jefferson in the Keys to QM General of the Army. During the war he clothed, fed, and moved one million Union soldiers.

Mannie,
the USSC took a February trip to DC a few years ago. We did visit this very same building and snapped quite a few pictures. You are correct, it is a must see, a beautiful piece of architecture. Thanks for the reminder of it.

Jim T.
in the northwestern corner of Orleans County, NY

Thank you for the wonderful post. The National Building Museum is indeed a fabulous and intriquing place and I am glad you enjoy it so much. As an employee of the museum, I would like to make one small correction to your post. The National Building Museum is a private not for profit museum not associated with the Smithsonian. It is true, however, that for the past several years the Smithsonian has rented the Great Hall for their unique and wonderful craft show. I hope you all come and visit!

Thank you for the kind comments and for keeping me honest. Corrections have been made.

The unchecked power of the Federal government plus one man's spite equals Arlington National Cemetery. Is ground that was illegally seized -- by a man who selfishly believed he was suffering more than anyone else -- a proper place to bury our honored war dead? It's a good thing that every family who lost a son during the war didn't lash out like Meigs.

Especially now, as we're slogging through the war in Iraq, we should remember people like Meigs; individuals who believe that they (or a minority of government officials) trump us all. As beautiful as the Pension Building is, it's just another cost of war.

hi my name is woundedbear i am the great great grandson of one stephen brown and i was wondering if the hatchet that my grandmas sent in that my grandfather inherited from stephen is on display in the musiam and what kind of detail statement sets with it ? the hatchet is soppose to been former property of lt meigs and it was returned in 1967