Time for the electric map to go to the old actors home...with our thanks for many wonderful shows. 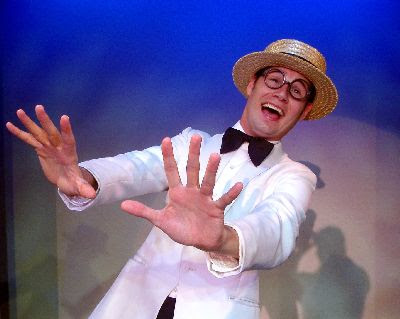 Gettysburg, that is.
(this is a longer version of the comment that I posted to Kevin Levin's blog)

I loved the electric map too and part of me is sorry to see it go, the part of me that is forever nine years old and just discovering the Civil War.

But the electric map isn't the battlefield. It's not from the American Civil War. Its most recent significance is as an icon of that most wonderful American past time - tourism. The electric map is an extremely cool example of a tourist attraction that, at one time, was truly educational and "state of the art" in those exciting pre-transistor days.

But the map isn't the battlefield.

As an adult, I like(d) the map mostly for the map room, as a temple to buffed linoleum and "modern" systems furniture of the sort that American Seating, Herman Miller, and Steelcase pumped out of Grand Rapids for so many decades (and still do).

Go to this wonderful film on Youtube "The American Look" It's a classic Jam Handy industrial film, put out by General Motors back in the good old V8 days when gas was 32 cents a gallon and plastic was still a miracle. American disign included Naugahyde, desert linoleum hues, laminates, and rugged but comfortable steel-framed furniture. This is the vintage of the electric map and you'll see a lot of that modernity in the film.

I liked that map room as a model of what the future looked like, at least my image of the future back in 1964. The map room is still a wonderful glimpse back at American design and American product of the early 1960s. 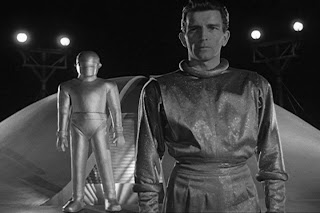 I always expected to see Michael Rennie and his robot ascend from a hidden ramp beneath the map.

But that's all just happy memories.

As an educational tool for design students the maproom is wonderful. As an primer for a course in early electronics its outstanding. 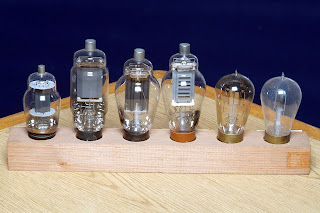 But as a tool for teaching large groups of people about the ebb and flow of the battle of Gettysburg, its day, alas, is long past.

Fiber optics will replace clacking relays and hundreds of little tungsten filaments. I'll miss the old one for my own nine-year-old-kid reasons, but, as an educator, I'll welcome an updated replacement.

Beloved tourist attractions, like beloved great-grandparents, at some point need to be guided off center stage. And that's never pretty when so much affection is brought into conflict with the right thing to do.

Grandpa's got to turn over the car keys, and the electric map has to go into storage. And with a run of 50 years, that old trouper deserves a rest. 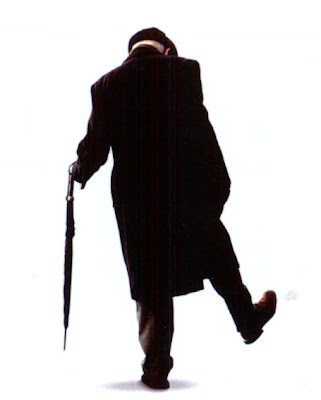 I'm glad I got to take my wife and daughter to see the electric map some ten years ago. My daughter as I recall was able to be a pretty good sport even while being bored stiff.

Goodbye electric map and gleaming map room... that being said, I've got a hankerin' to lay down some great looking linoleum in my basement this week!

Excellent post, and pretty much what I said on GDG, in terms of remembering the first time I saw the map back in 1973. Sad to see it go, but time to move on.

Hope all is well.

Went to see the Electric Map today for the first time in about a decade. Yes, it is past its prime. Many of the Park Service's other battlefields have better, more modern aids for teaching American history. (To be honest, I always thought that Petersburg National Battlefield had a better electric map.) Still, I can imagine how exciting and futuristic just the words "Electric Map" most have been for several generations of visitors. It kind of tied in well with my visit to the Eisenhower Farm afterwards. I wonder if Ike ever saw the Electric Map?

Ike took lots of VIP visitors to the farm specifically to see the map. Most notable was Montgomery. Horse's ass that he was, Monty spent his entire visit second guessing the provincial American generals of 1863.

The ranger at the Eisenhower Farm specifically mentioned that Mamie Eisenhower was glad that she had a guest house to put Monty in rather than have him stay inside her own house!

The Cyclorama is also well past its prime. There are certainly more modern ways to teach history. Cycloramas were exciting and futuristic 100 years ago, but it is costing some $11 million just to restore it.

So, whatcha' gettin' at, Hank?

Just came back from the new visitors' center. This a first class facility and just what Gettysburg deserves. The new short films, (one for each day of the battle and the aftermath), do a much better job than the Electric Map did of explaining the battle.

I look forward to seeing the place myself.

I'll even know someone who works there, won't I...

Unfortunately information desk is far from the action. I'll be the troll sitting way in the back!

The new trolls start out as a GS-5. If they're good, they require more feed and gruel and are given a few more sheckels.

Oh wait this is a Civil War troll. They'll be paid in greenbacks! (At least that's the information I've been given.)