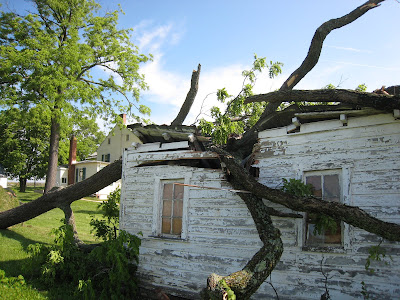 At 2:30 in the afternoon of June 4, 2008 Antietam National Battlefield and the surrounding Sharpsburg area were wracked by a severe and damaging wind storm.
Amid sheets of rain described by park rangers as a "white out" the park endured an intense ten minute onslaught of rain and very high winds.  When the storm moved on it became immediately apparent that damage could be significant.
No sooner had the storm abated than an army of green and grey descended upon the battlefield.  The men and women of the National Park Service immediately began prioritizing tasks and coordinating the recovery.  State road 65, blocked by numerous downed trees, was cleared within an hour by park personnel from various divisions working shoulder to shoulder to reopen access to the park. 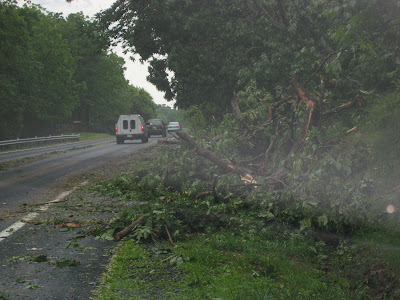 Within two hours all park and surrounding county roads were open and visitor traffic again flowed unimpeded.  Crews worked through the evening to plan a strategy for the following days and weeks of tree removal and structure repair. 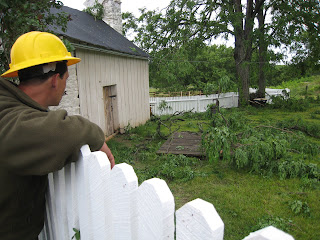 Although many beautiful mature trees were damaged or destroyed throughout the battlefield. the "witness trees" those that were here at the time of the battle escaped unscathed. 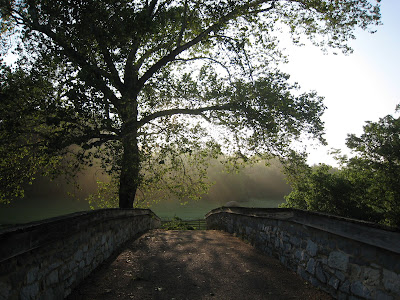 Entire panels of fencing were shattered by fallen trees... 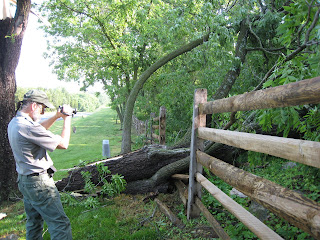 with many yards of worm rail fence at the Sunken Road strewn helter skelter reminiscent of and earlier storm in September of 1862. 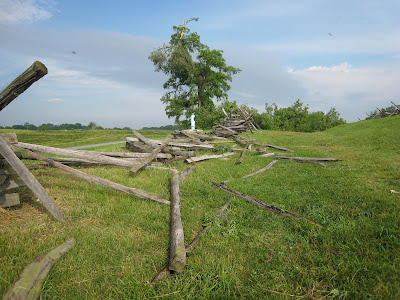 Patrolling park staff were relieved and gratified to discover that damage to monuments and historic structures was minimal.  One or two War Department tablets were knocked from their iron pedestals but not broken. 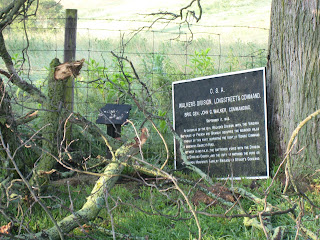 One of the granite "chessmen" that stand sentinel at Philadelphia Brigade Park was, however, severely though not irreparably, damaged by a fallen tree. 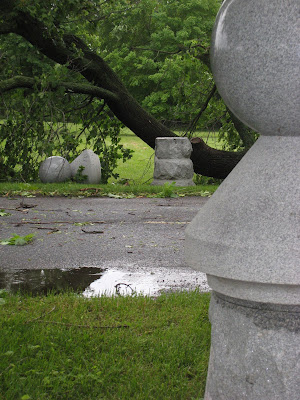 Perhaps the greatest loss of large trees occurred in the Antietam National Cemetery.  Considering the number of huge trees that came crashing down, it is quite uncanny how not a headstone was damaged. 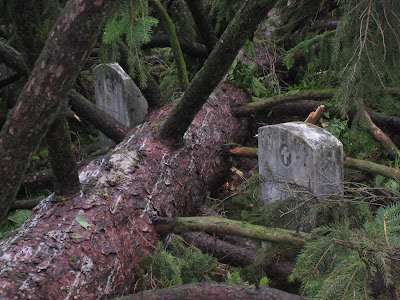 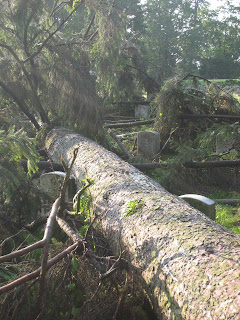 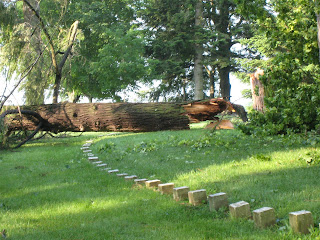 The great flagpole at the cemetery was damaged but undaunted. 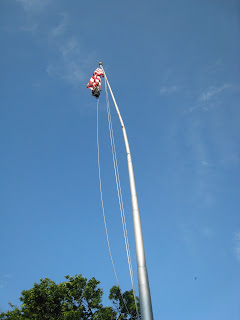 Where the Park really dodged a bullet was with our historic structures, although there were numerous near misses, here at Dunker Church... 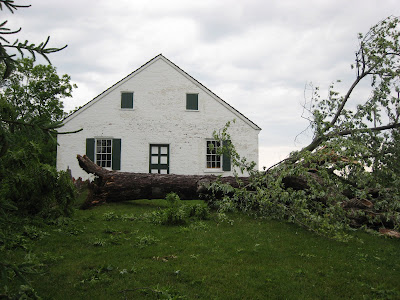 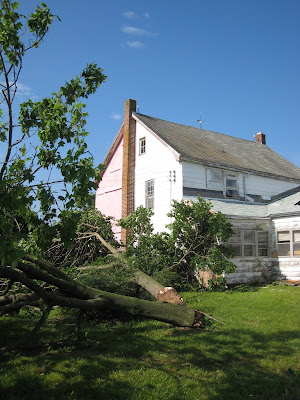 and also here at the D.R. Miller house.

The only historic building to suffer significant damage was at the Park or Cunningham farm... 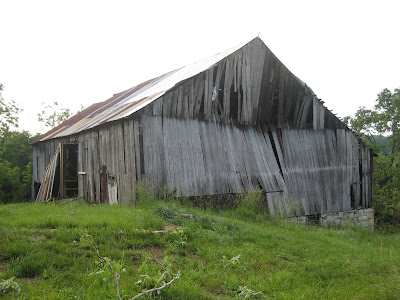 where a Civil War era barn had one wall driven in by the high velocity winds.
Removal of downed trees at the Dunker Church typifies the speed and efficiency with which Park personnel attacked the challenge.  By noon the churchyard was clear of all debris!
Play the movie below to see the action and crank the volume. 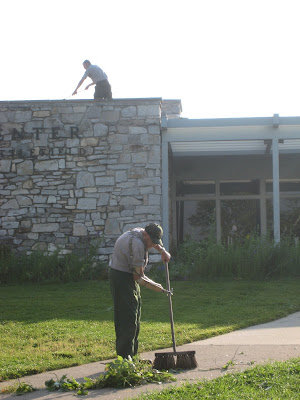 Despite the damage, the following day found flocks of visitors enjoying their National Park just as on any other beautiful spring day. 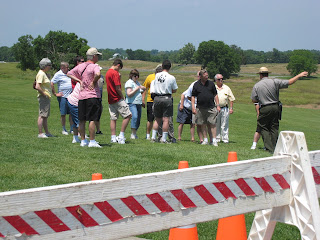 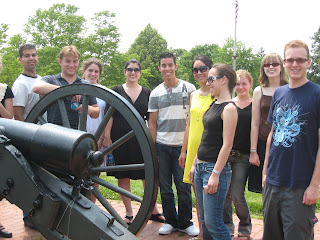 You can be certain that in short order the dedicated men and women of the Park Service, folks that I am proud to call colleagues, will have the battlefield restored to that beautiful and evocative place that Americans have visited and cherished for generations.
Come and see for yourself, just north of Sharpsburg.
Ranger Mannie

P.S. Hit "play" for a slide show of many, many,  more pictures of the aftermath and recovery,
Posted by Mannie Gentile at 9:42 PM

That is some damage.

The way the trees are sheared off above the ground rather than toppled is a tornado indicator.

Often when the ground is soaked trees fall with a huge root ball...

The staff of Antietam NB rocks!

P.S. You can borrow my chainsaw anytime you need it.

You mention two War Department Tablets were damaged. I see #374. Do you happen to know the number of the other?

Turns out that was the only one.