A sad day for the Park Service 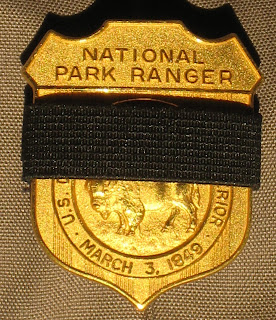 This, from the Secretary of the Interior:
Over the past weekend, tragedy struck with the loss of two wildland firefighters.

Andrew Palmer, a firefighter with the Olympic National Park in Port Angeles, Washington, died Friday, July 25, 2008, while working on the Eagle Fire, Shasta-Trinity National Forest in
California. He died while being transported by air for emergency treatment of multiple injuries.

Officials on the Klamath National Forest in California confirmed the fatality of another firefighter that occurred on the Panther Fire Saturday, July 26, 2008. The firefighter was attached to
Dietrich’s California Incident Management Team 5. The firefighter’s identity is being withheld pending notification of family members.

I would like to extend my personal condolences to the families of these two fallen firefighters.

The noble men and women who serve, help, save, and protect are public servants of the highest order. Our firefighters shoulder a heavy responsibility to protect not only our lands, but also communities throughout the country–and they do their jobs with tremendous courage and commitment. Today, we honor two firefighters, including one Interior employee, who paid the
ultimate sacrifice. I also want to take this opportunity to thank all the men and women who continue to put forth remarkable efforts battling these wildfires.

In honor of Andrew Palmer, a National Park Service employee, I hereby authorize all agencies throughout the Department of the Interior to lower their flags to half-staff nation-wide beginning Tuesday, July 29, 2008, through sunset on Monday, August 4, 2008. I take this action by Presidential Proclamation No. 3044.

Sometimes, it gets lost in the shuffle of the public's awareness that  Park Rangers don't all do the same jobs. Some give tours, some save lives, some sit behind a desk and make decisions, some plant trees, some repair historic buildings, some clean and maintain the parks, some enforce the law, some do all of those things.

And sometimes they get hurt.

That's why the flag's at half-staff at your National Park.
There are some very brave Park Rangers out there.
Mannie

Posted by Mannie Gentile at 5:11 PM

Our national parks, and their rangers, deserve more props than we're giving them. My heart goes out to the families here, and the NPS family.

Well said, Mannie, and our condolences go out to the families grieving.

Your hertfelt words are a great reminder that the first aid kits and sidearms carried by NPS personnel are actually used.

One of my most memorable NP moments was at popular, and crowded, park where a tour group member appeared to have some sort of cardiac distress.

A number of uniformed personnel seemed to literally spring from the ground and expertly assist not only the stricken lady but also us disturbed and incapable tourists.