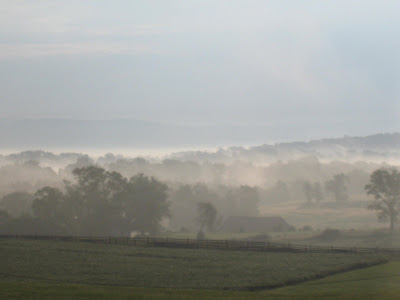 As the curtain of fog slowly rose over Antietam Creek... 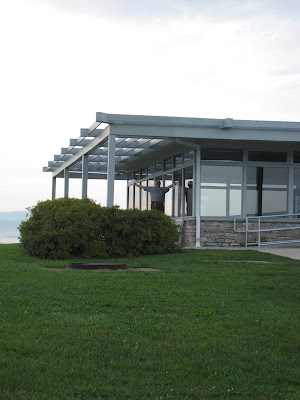 and Ike put the final touches on the Visitor Center windows... 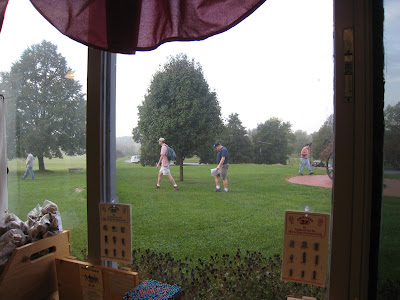 early birds begain to mill about outside of the not yet open Visitor Center. 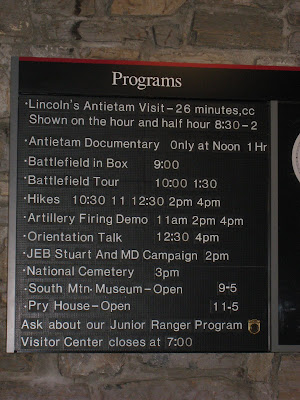 A full day of programming was in store for all on this, the first day of the 146th anniversary weekend of the Battle of Antietam. 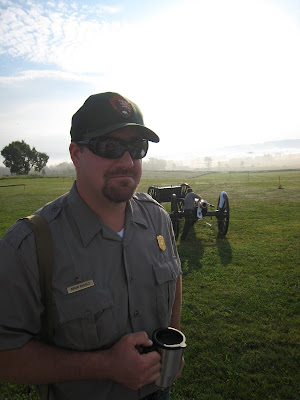 Visitors participated in  a full slate of Ranger-led tours, hikes and programs including a Middle Bridge hike by Ranger Brian, 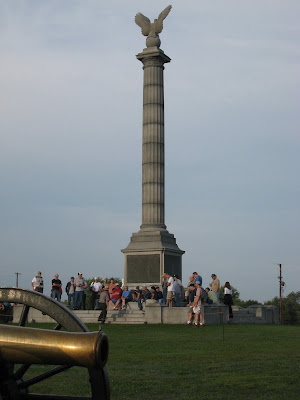 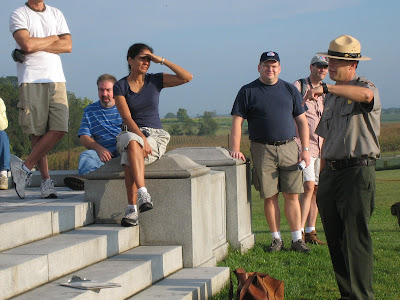 led by Ranger Keith.   A fantastic day was in store for the hundreds of visitors who came to share this special day at the battlefield.
As usual we had numerous living history folks helping out with programming including the gun detachment of rangers from South Mountain State Battlefield Park, 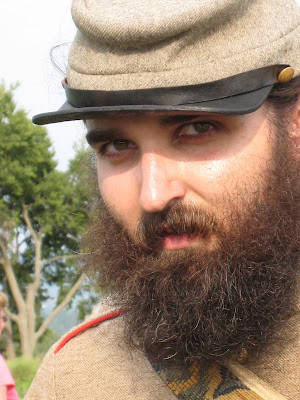 As well as a group of Confederate reenactors providing firing demonstrations in back of the Visitors Center. 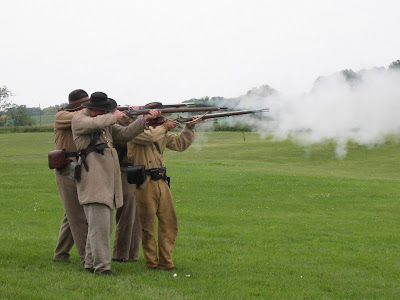 Even our own Ranger Clayton got in on the act as the Number 5 man on the 12 pound light-gun howitzer gun detachment. 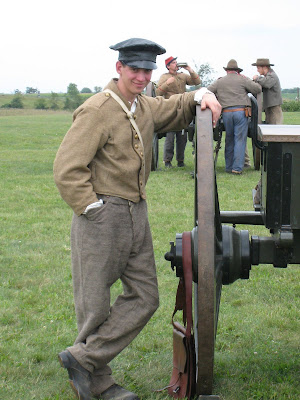 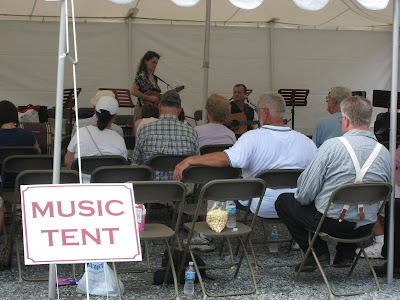 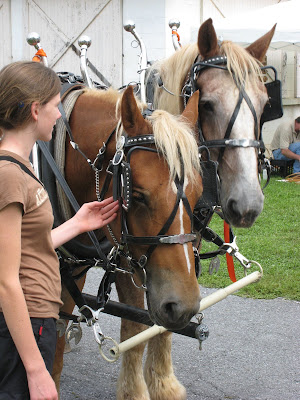 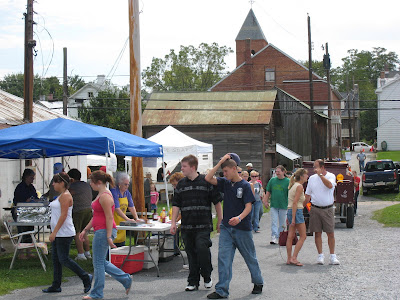 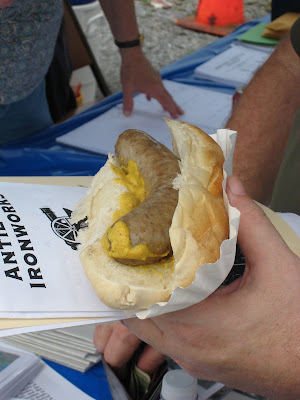 You just never know who you'll run into during Battle Anniversary/Heritage Days.
My gosh, its those two famous American Civil War Bloggers; Harry Smeltzer (pointing) and Brian Downey (presentifying) in the guise of members in good standing of Save Historic Antietam Foundation (with board members Tom Clemens and Don MacReadie, seated). Learn more about the heroic preservation efforts of our friends at SHAF here. 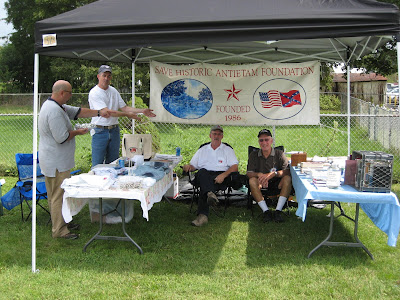 You bump into the nicest people on the banks of the Antietam.
Come join us tomorrow for the second day of a full slate of activities (available here and here)
Hope to see you tomorrow,
Ranger Mannie
Posted by Mannie Gentile at 11:43 PM

Mannie I just realized reading this post I know what I hate about reading your postings. It is that I live all the way on the other side of the USA in California and can't just drop over to events like this . Great pictures. Wish I was closer so I could attend.
Susan Sweet