Spring is near, the time when a young calf's fancy turns to thoughts of finding the weak spots in the fence.

Last week, coming into work, I stopped to shoo two big brown cows from the middle of the Boonsboro Pike. This morning, just a mile from the Brown cow breakout I encountered six Holsteins making their break for glory. And yesterday, a beautiful pre-spring day on the battlefield, I was poking around the Joseph Poffenberger Farm and saw what I thought was a black trash bag in the brush. 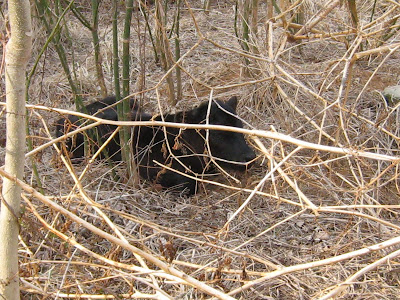 Closer inspection revealed that it wasn't a trashbag at all but a calf laying low hoping to run off and join the circus. 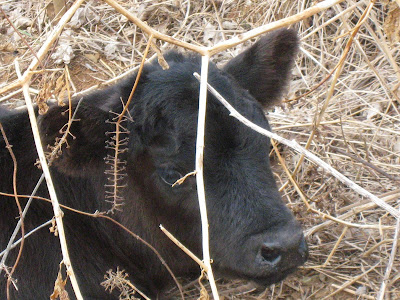 He cast me a wary eye as I radioed "Ranger on Patrol" for some problem solving expertise. 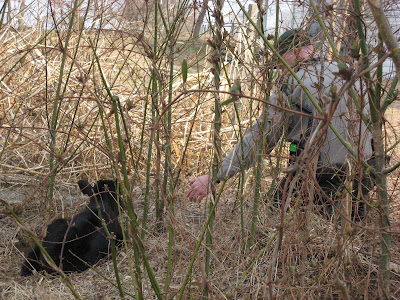 Ranger Rory showed up and slowly, slowly made his move. 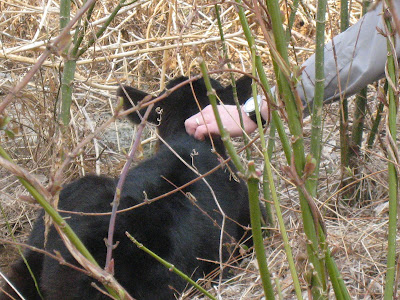 Everyone likes being scratched behind the ears, and before you know it... 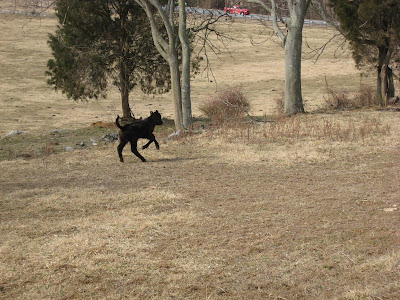 all's well that ends well as the calf ends up back inside the fence, probably plotting his next break.
Keep an eye out for battlefield bovines.
Ranger Mannie
Posted by Mannie Gentile at 11:00 AM

Ranger Rory is a hottie!

Hey Mannie,
if I had my horse down there we'd move those critters real quick.

I wanted to post on Ranger Anna's site but don't know how to select a profile, any advice?

see you in September(could be a song title)

That was a very moo-ving series of photographs! Udderly enjoyable.

I'm glad to see that rangers can't be cowed by any predicament.