Earlier this month I visited Grand Rapids Michigan, where I lived for 28 years prior to coming home to Western Maryland. Seventeen of those years found me laboring at the Public Museum of Grand Rapids (below). 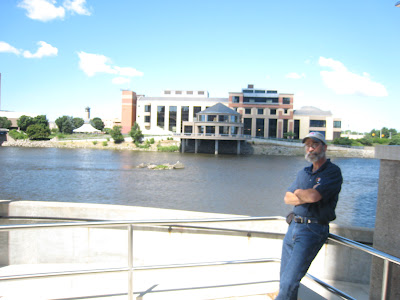 I swung by that place to chase away some old ghosts and visit some old friends. Including some two-dimensional friends; a gallery filled with my cartoon furniture workers who help tell the story of Grand Rapids as "The Furniture City". 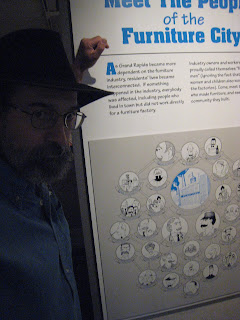 These were all installed about fifteen years ago and thanks to the materials utilized they all still look brand new, even though some elements like that little "flip the disc" hands on panel above get a real work out from the school kids. 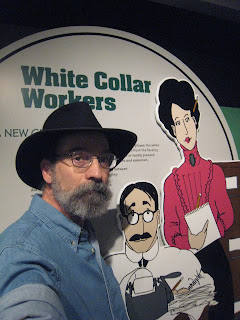 I grew pretty attached to these characters over the year that this part of the exhibit was coming together. To see them still vivid and telling a clear and compelling story was very satisfying.
As was a much more unexpected aspect of the visit... 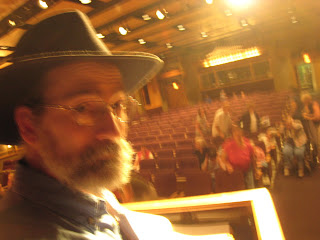 as I got dragooned into being the guest reader for the Mighty Wurlitzer story hour. I read the Patricia Polocco book "Meteor" for a large audience of kids while being accompanied by the Mighty Wurlitzer theater organ. Once a museum educator, always a museum educator. It was a lot of fun and a nice way to revisit a more pleasant aspect of my time at the good old PMGR.
I came across another part of myself still at the museum, one that I'd forgotten about. 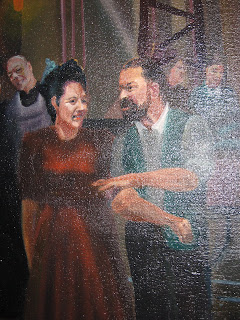 All of the staff, including me, were painted into a large mural in the gallery entitled "The Streets of Old Grand Rapids". I had more hair back then. 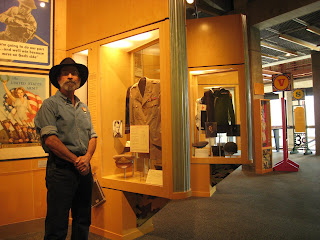 Last stop was the thing I was most proud of. I curated a permanent exhibit entitled "V is for Veterans" which showcases the service and sacrifice of West Michigan's service members from the Civil War to Desert Storm.
I'm glad that part of my life is behind me, though its satisfying to know that I left a mark.
Leave your own mark.
Mannie
Posted by Mannie Gentile at 11:17 PM

Mannie, It must be very rewarding to see your work still in place and educating folks. I'm sure you have many more marks to leave. Great stuff. ~Gary

Their loss; our gain.