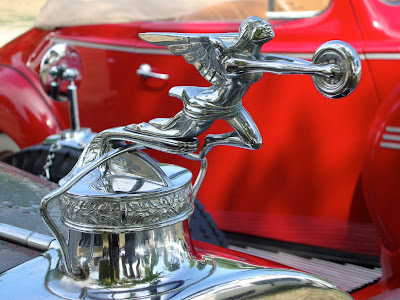 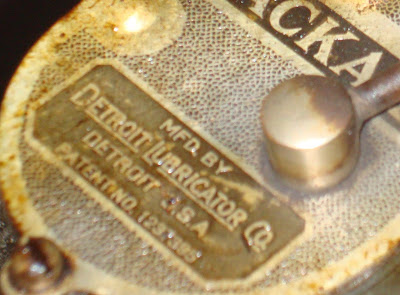 The Packards spanned several decades of production and were a visual picnic. 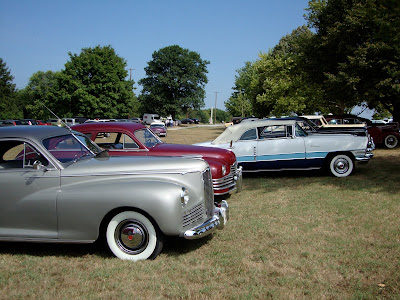 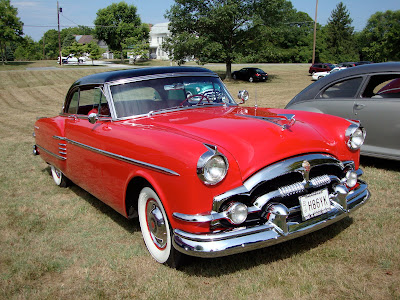 About twenty of these classic rides showed up in the morning.  The owners watched the film, visited the bookstore, and mobbed (in the good way) Ranger Hoptak's orientation talk. 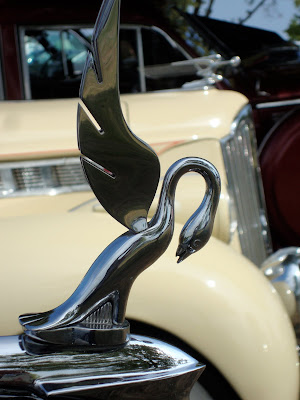 I have a real soft-spot for the heyday of Detroit as the motor city.  I was raised in a GM family, my father, mother, and eventually, my sister all worked for Chevrolet in Saginaw.

As I was growing up it was simply a given that all of my classmates and playground friends had at least one parent who worked in "the shop".

Ask a kid where his dad worked and the answer would seem cryptic to an outsider:

We all knew exactly which was which.

We knew at which kids' houses you had to be quiet during the late morning as it was the home of a second shift worker, and third shift?  forget about playing over there, you can come to my yard. 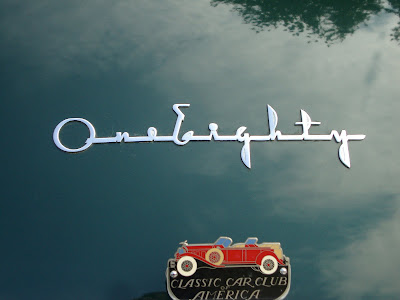 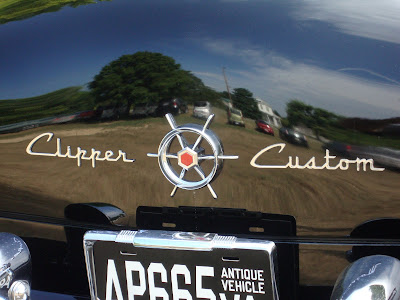 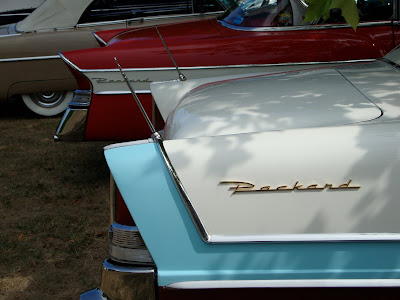 This parade of vintage cars brought something else to mind for me.  Generally, I ask visitors if they've ever been to Antietam before.  Now, at the risk of anthropromorphizing these classic automobiles, I'm inclined to wonder the same thing about them. 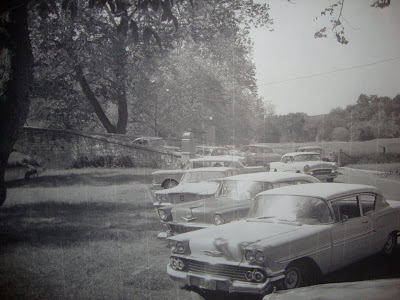 Chrome-rich, sheet metal beauties, with functional bumpers, vent windows, and powerful (powerful!) engines.  Sure, these cars are emblematic of many things that may be wrong with our consumerist society, but still... 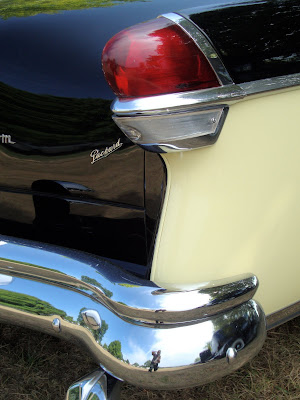 they are so evocative of the prosperity that once upon a time was so accessible to many in my former home state of Michigan,  and the labor of both of my parents which helped to get me, eventually, to where I am today...

just north of Sharpsburg.
Posted by Mannie Gentile at 11:09 PM

Wow, nice rides! I was surprised to see you could once drive across Burnside's bridge and park on the opposite shore. I'm glad that's no longer the case!

Michigan indeed did rule the industrialized world then. Thanks for posting some of the best from back "home".