Battle Anniversary: best one yet

This weekend was my fifth battle anniversary as a Ranger, and this was the one that will be the most memorable.
Friday started out with a very enthusiastic Ranger Dan (returned for the weekend) posting the many public programs operated out of the visitor's center. 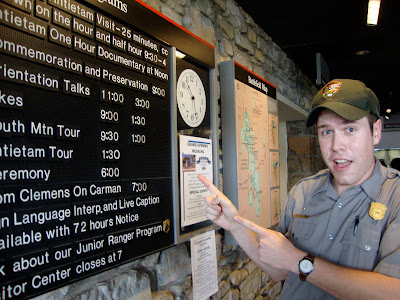 Ranger Snyder kicked the day off with his outstanding power-point on battlefield preservation. 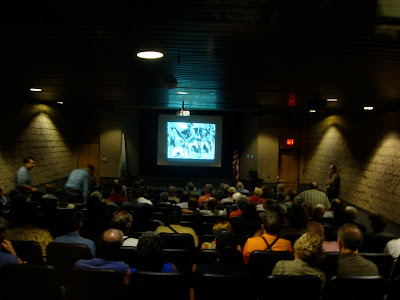 He was preaching to a packed house.
Rangers Baracz, Snyder, and Hoptak then got the all-day hike underway from the New York monument. 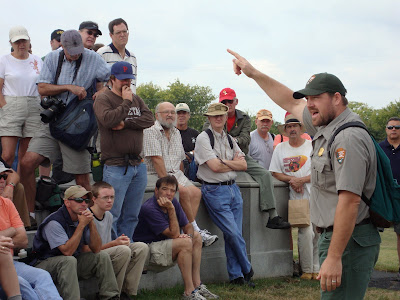 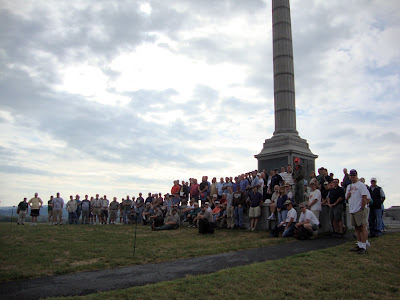 They had well over a hundred happy hikers in attendance.
On Saturday I joined Ranger Baracz for the hike up Nicodemus Heights.  Initially I came along as his radioman, but he also asked me to do a brief presentation on artillery, which I'm always happy to do. 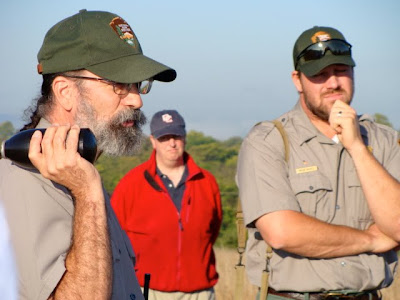 Here I'm working on my upper-body strength with a 3 inch Hotchkiss shell (clearly, a skeptical Brian thinks I've got my work cut out for me).
Then the hike got underway in ernest with about a hundred participants making the two mile trek which included Nicodemus Heights and Hauser Ridge. 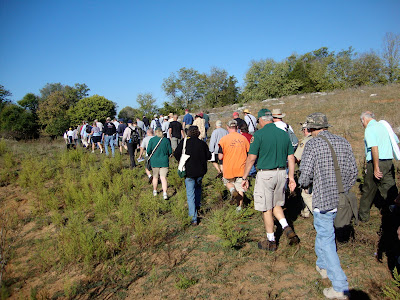 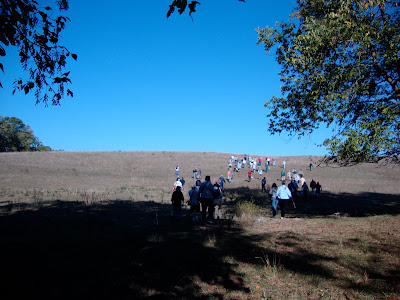 The anticipation builds as the hikers climb the heights, and then turn around... 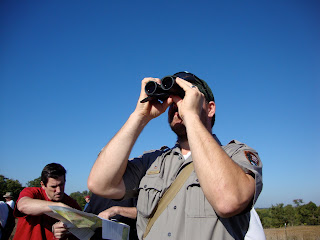 To appreciate the view Stuart's horse artillery had of the Union 1st Corps. 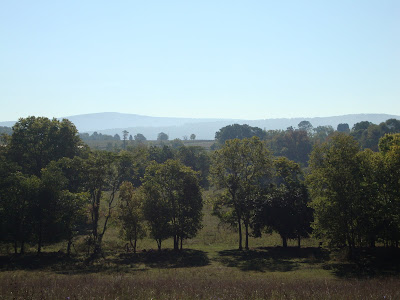 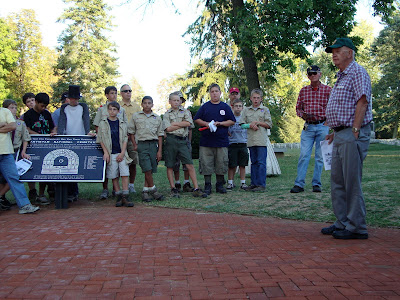 With 85 people in tow,  John told the story of the men who fought and died on September 17, 1862 with great knowledge, humility, and compassion.  It was an outstanding talk. 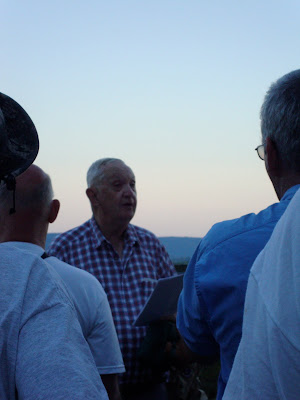 But the highlight of this battle anniversary, came just about a half hour before John's cemetery walk when Susan gave me the answer I was hoping for when... 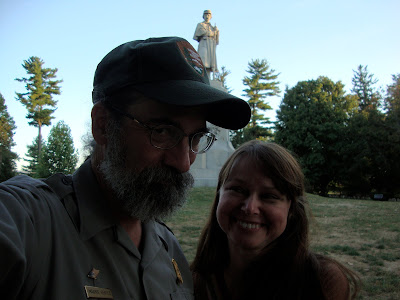 I asked her to marry me.
Posted by Mannie Gentile at 7:53 AM

Marriage to a good woman is surely one of life's greatest joys.

(Plus you already have a job most of us history nuts can only dream of.....)

Keep on keepin' on,

Congratulations, Mannie! All the best to you and your fiancee.

Mannie, it was a pleasure meeting you today. It was a great weekend for me, but it seems a much better weekend for you. Congrats!

Andrew (aka 'the last honest man')

Congratulations to you Mannie! I have just now had a chance to catch up on reading my favorite blogs and saw your wonderful news! My wife and I celebrated our eleventh anniversary on the 18th. We made the decision to get married on the "day after Antietam" while standing at the top of the Observation Tower at the Sunken Road.
I hope we can get up to your park this Fall and shake your hand.

Great meeting you while I was talking to Ted. I love the Antietam and South Mountain partnership that allows us to come down and participate in the activities.

"Life is good for Ranger Mannie, a little north of Sharpsburg."

congratulations on a great weekend all the way around. It was a pleasure to talk to you about plastic soldiers and to share your passion for the battlefield.
Jeff Evans

I guess the smile means she said yes. Congratulations Mannie!

So...
a jug of wine
a loaf of bread
a minié ball
and you!

Congrats Mannie. I wish you both infinite blessings and happiness. PS. Remember, I am ordained to do weddings. :)

Wonderful! Wishing you both much happiness.

Congratulation to you & Susan! I am very Happy for you!! Remember to post the Wedding date!

I couldn't be happier for you and Susan. Congratulations!

Congrats my friend, and lifelong happiness to you both!

Wow!!! I'm so happy for you both! Welcome to the family Mannie - can't wait to meet you! I'm your "new" Cousin Sharon from Baltimore...