On the Town! Rangers Gentile and Hoptak.

My two favorite Park Rangers swung by the Naval History Center in Washington DC this morning. 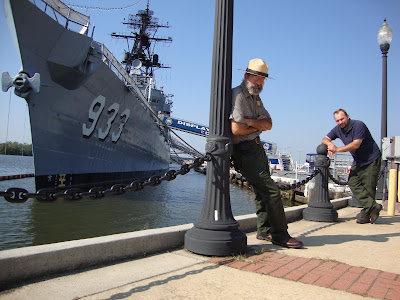 The USS Barry, a Vietnam-era destroyer remains at the Navy Yard as a ceremonial platform and museum ship. 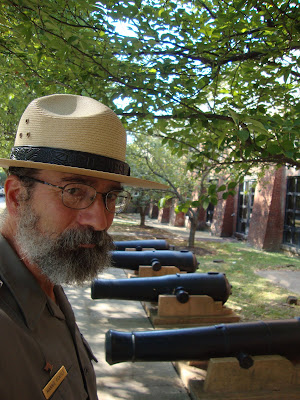 The Yard has cannons everywhere and I got into a hasty arms escalation with John...

who thought he had trumped me with this sixteen-incher, 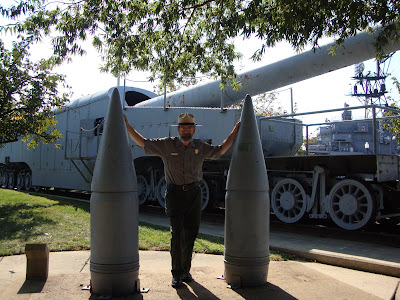 until I opted for quality and quantity. 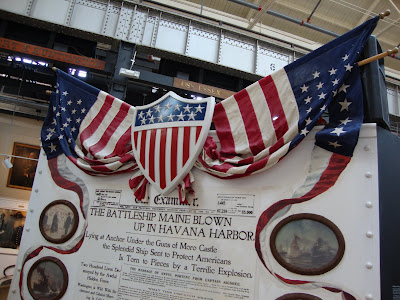 The inside of the museum building is bright, airy, colorful, and chockfull of really cool stuff... 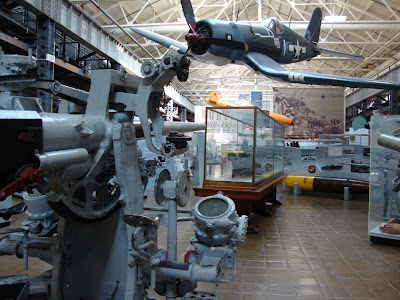 including some of my favorite things:
ship models, 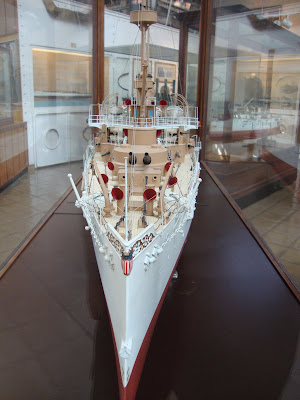 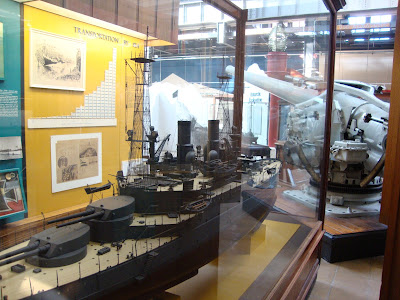 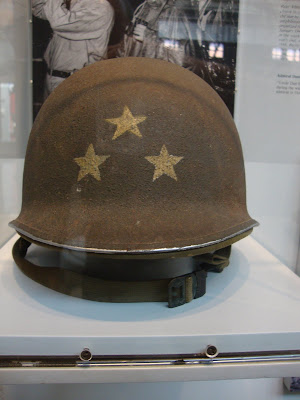 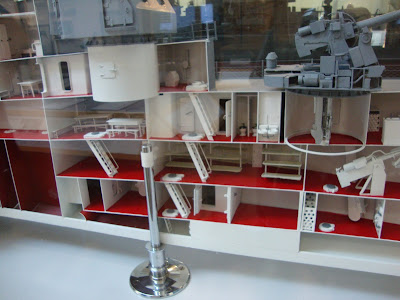 On this cutaway model of a Sumner class destroyer, I was able to show John where I lived and worked during my time aboard the U.S.S. Dehaven in 1973-74.
And in this twin 5-inch 38 caliber gun house, 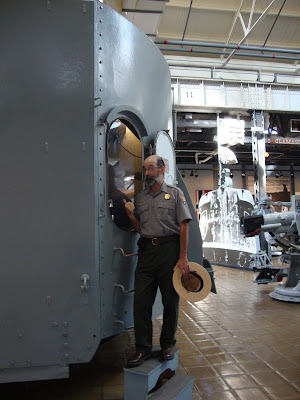 I was able to show him where I nearly lost my life way back then, as the "hot shell man".
But he wasn't listening.  He was too busy being menaced by... 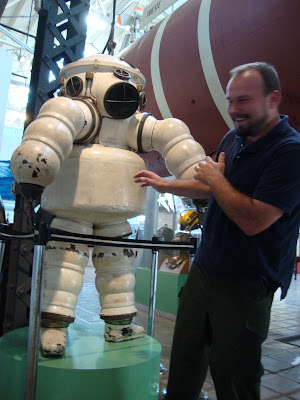 some sort of undersea robot-monster thingy.
What a fantastic museum facility.

Looks like a younger version of Robbie the Robot.

Does a "hot shell" refer to a live round ready to be loaded and fired or a spent casing that has been ejected from the breech?

Asmoking empty needing to be retrieved and tossed out of the gun house scuttle.

Anonymous said...
This comment has been removed by a blog administrator.
5:48 PM

They'll see the shows and they'll model clothes, and they'll take the town in a whirl, and they won't come home until they've kissed a girl!