Arriving at the Park today I was greeted by the sight of legions of busy volunteers . 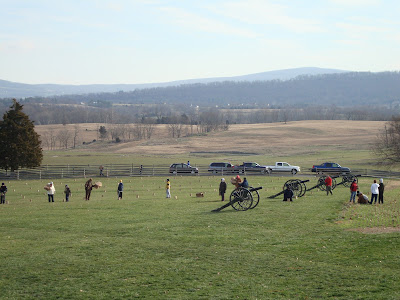 This army of 1200 happily gathers every year. 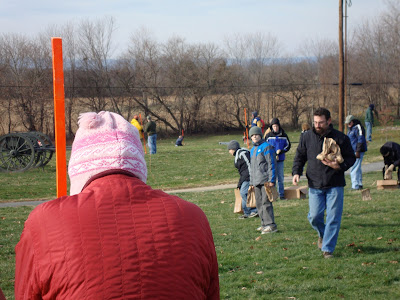 They lay out the 23,110 luminaria which  commemorate the casualties of the Battle of Antietam 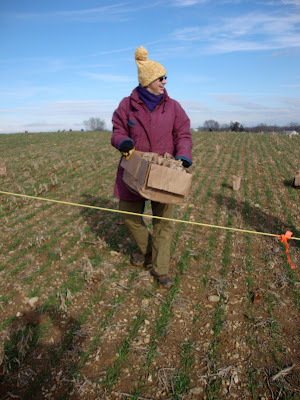 As the last of the luminaria were placed, volunteers and guests convened at the Maryland monument for the 4:15 dedication ceremony. 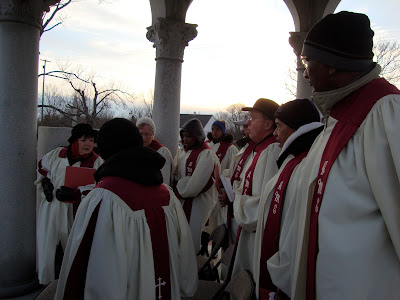 The proceedings were opened by a choir and an invocation by that great friend of the Park (and my friend), Rev. John Schildt. 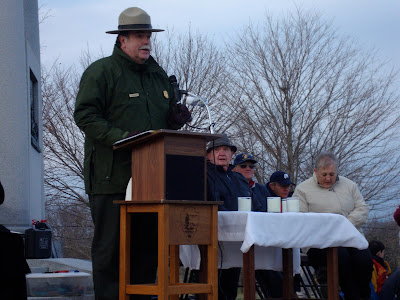 Park Superintendent, John Howard gave the opening remarks to a gathering that was fully aware that this is John's final Illumination as a Park Ranger. 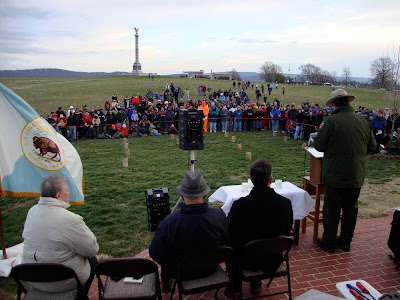 John retires at the end of this year but his legacy of excellence will continue on for a long long time, as anyone in the audience would agree. 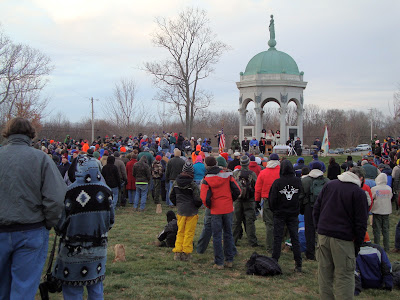 Despite the chilly temperatures there was a great deal of warmth being directed by the volunteers toward a superintendent who presided over seventeen Annual Illuminations.  It was a moving afternoon of remembrance. 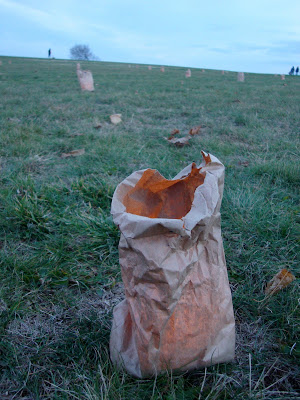 At a certain point, the fading afternoon light was slowly overtaken by the glow of the luminaria. 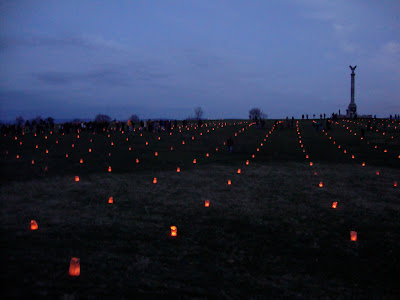 Candles in rank upon rank, representing the fallen of Antietam stretch across the battlefield for miles. 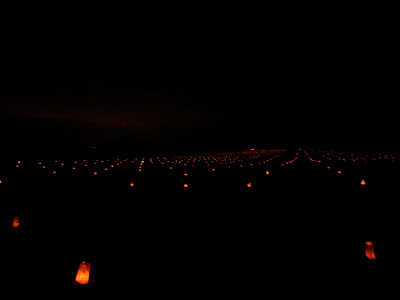 As visitors spare a moment to remember,
Just north of Sharpsburg.
Mannie
(here's a little video from a previous year)
Posted by Mannie Gentile at 8:31 PM

Mannie,
I used to help out from 1996-2004. This was a breath taking experience for me. Out of all the years I volunteered, I only drove through it once. I met Ex-Gov. Shaffer for the second time there as he used to come out every year.