Archeology on the Battlefield 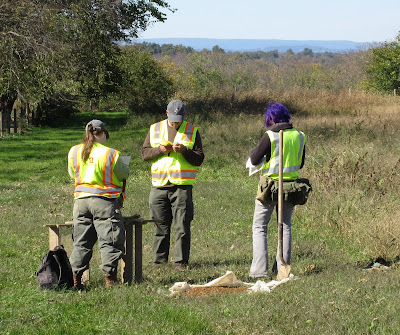 For the next month or so, a team of Archeologists is making some very targeted digs on the battlefield to help us further interpret the events of September 17th 1862.  Watching them today removed most of the illusions of glamour that I may have had about their august profession.  There's a whole lot of very hard work involved. 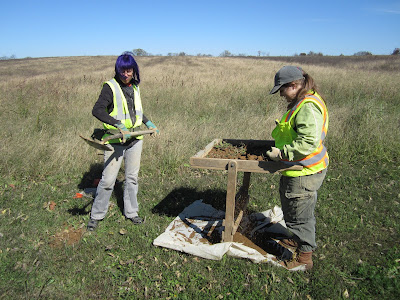 It's a team of five delightful young people who spend arduous days shoveling great amounts of battlefield into wooden frames with screen bottoms. 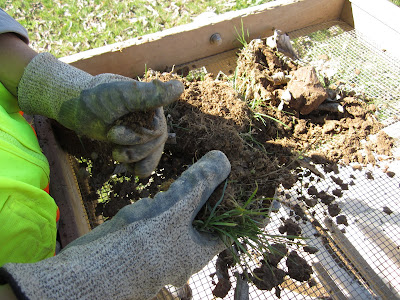 Clods and clumps of grass are removed and the big chunks get ground down to smaller chunks... 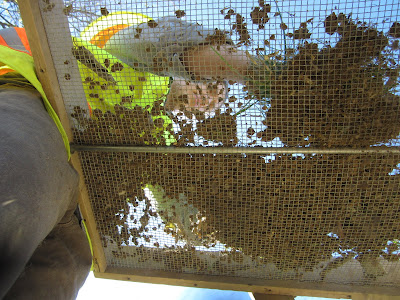 which are vigorously shaken through the screen until the object that caused their metal detector to beep is revealed. 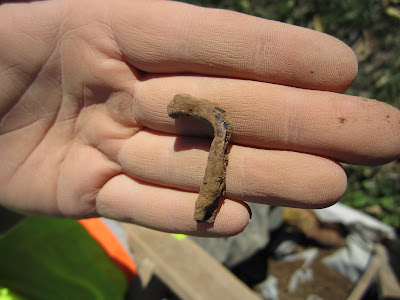 Usually, it's something very pedestrian; a piece of wire, a Pepsi can, or as seen here, a nail.
Sometimes though... 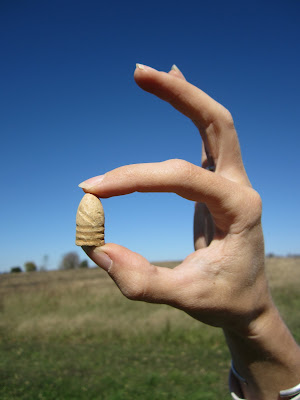 Very nice! But, apparently that job turns your hair purple as well. I'd still do it though!