A Visit to the Big Guns of Fort Foote Maryland 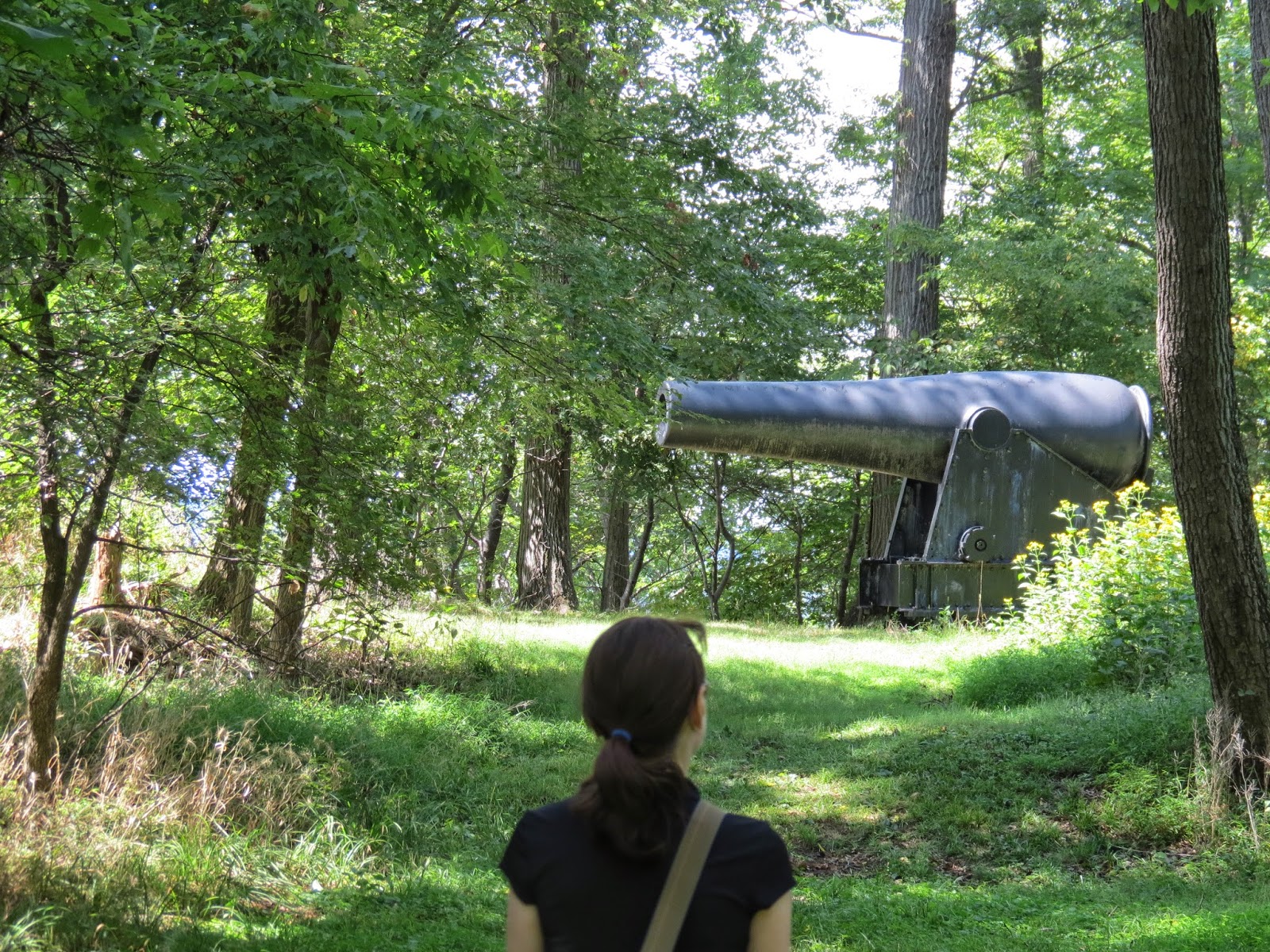 During the Civil War a ring of protective forts was built surrounding Washington DC making it the most fortified city in the world. Fort Foote, built in 1863 was the southernmost of these forts and had a commanding view of the Potomac River.  Manned by Heavy artillerymen, among the main armament of the fort was an enormous 15" Rodman gun.

The 49,000 pound smoothbore Rodman had a range of up to three miles and charged with thirty pounds of black powder, hurled a ball weighing 440 pounds! 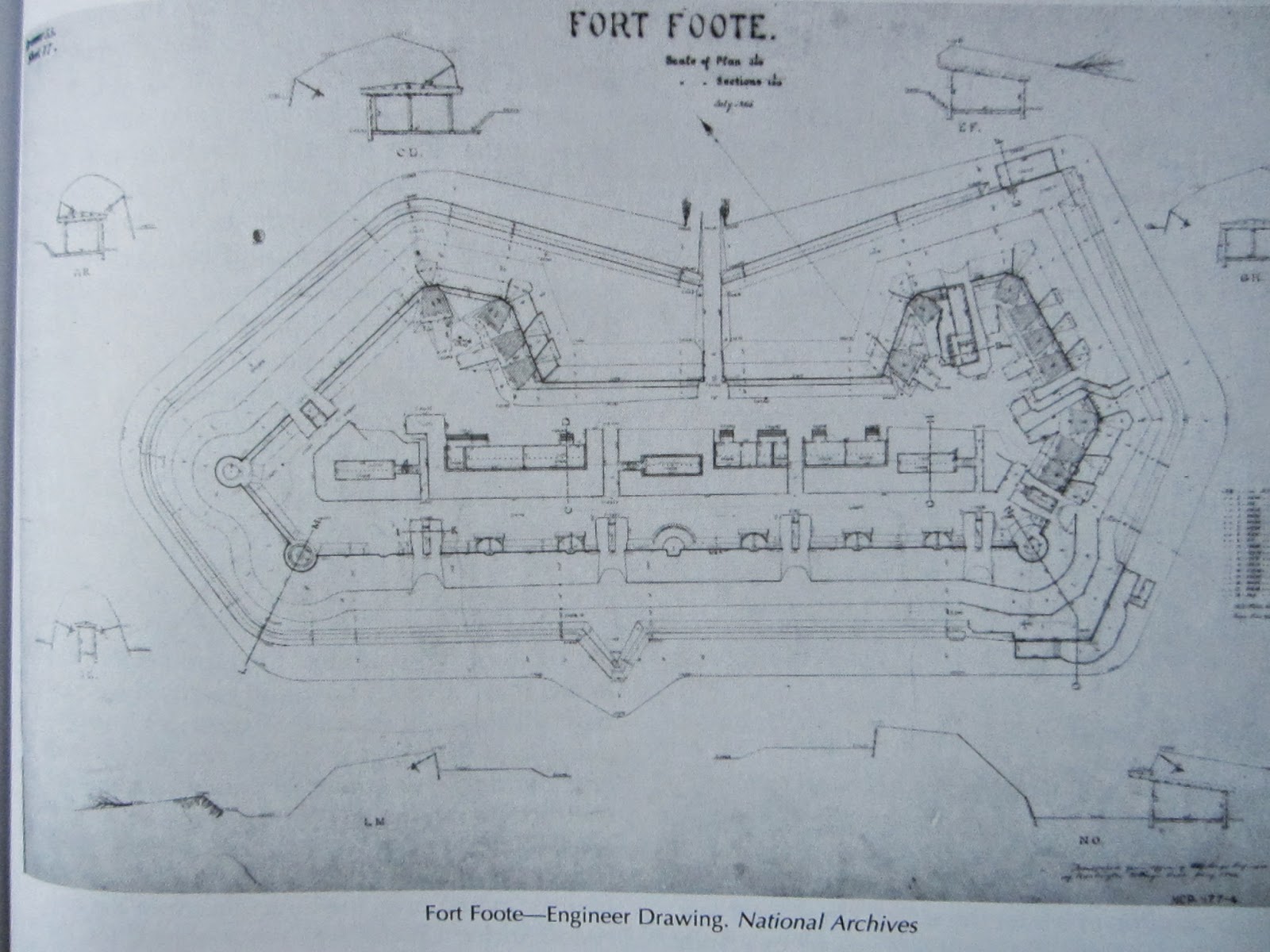 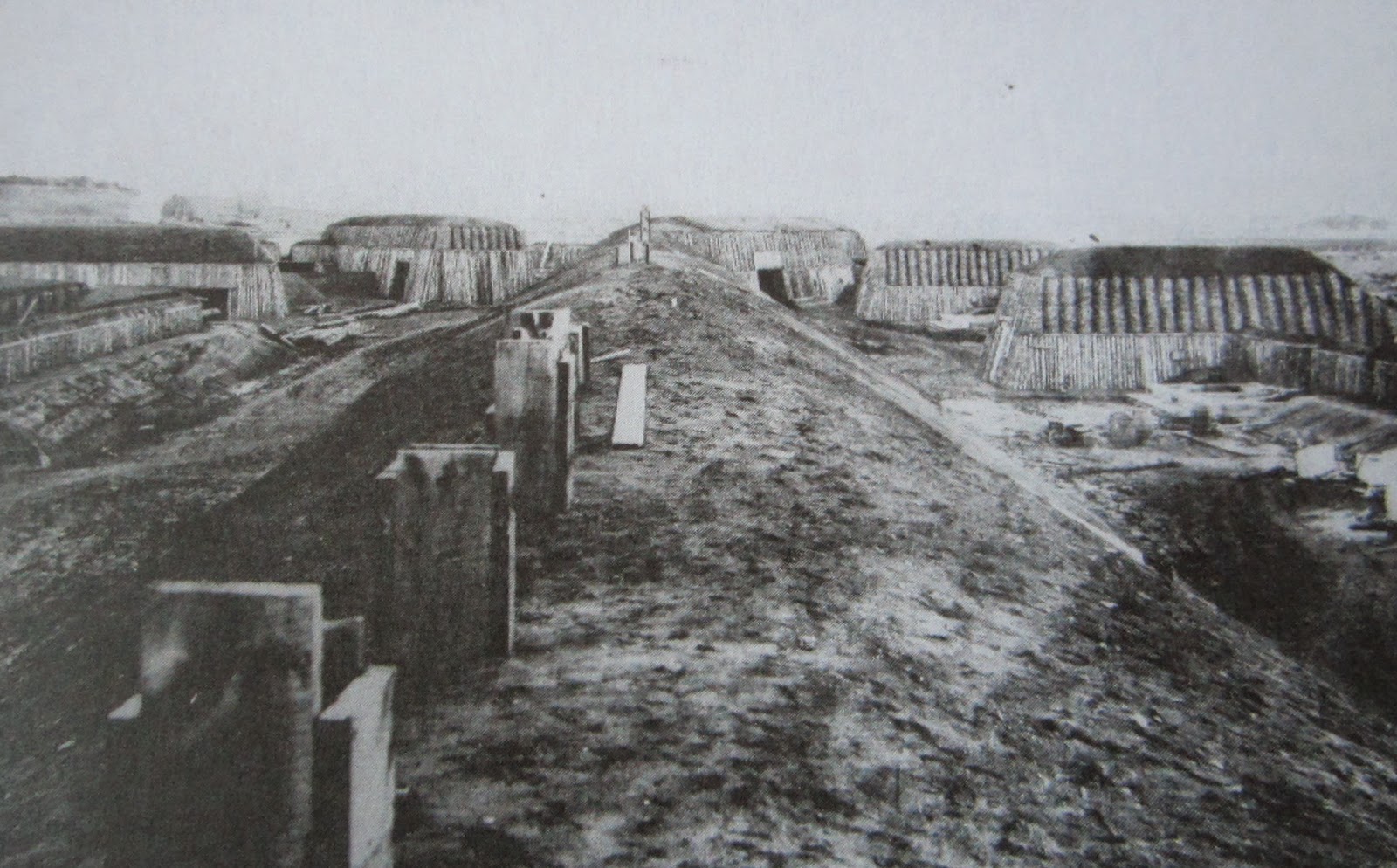 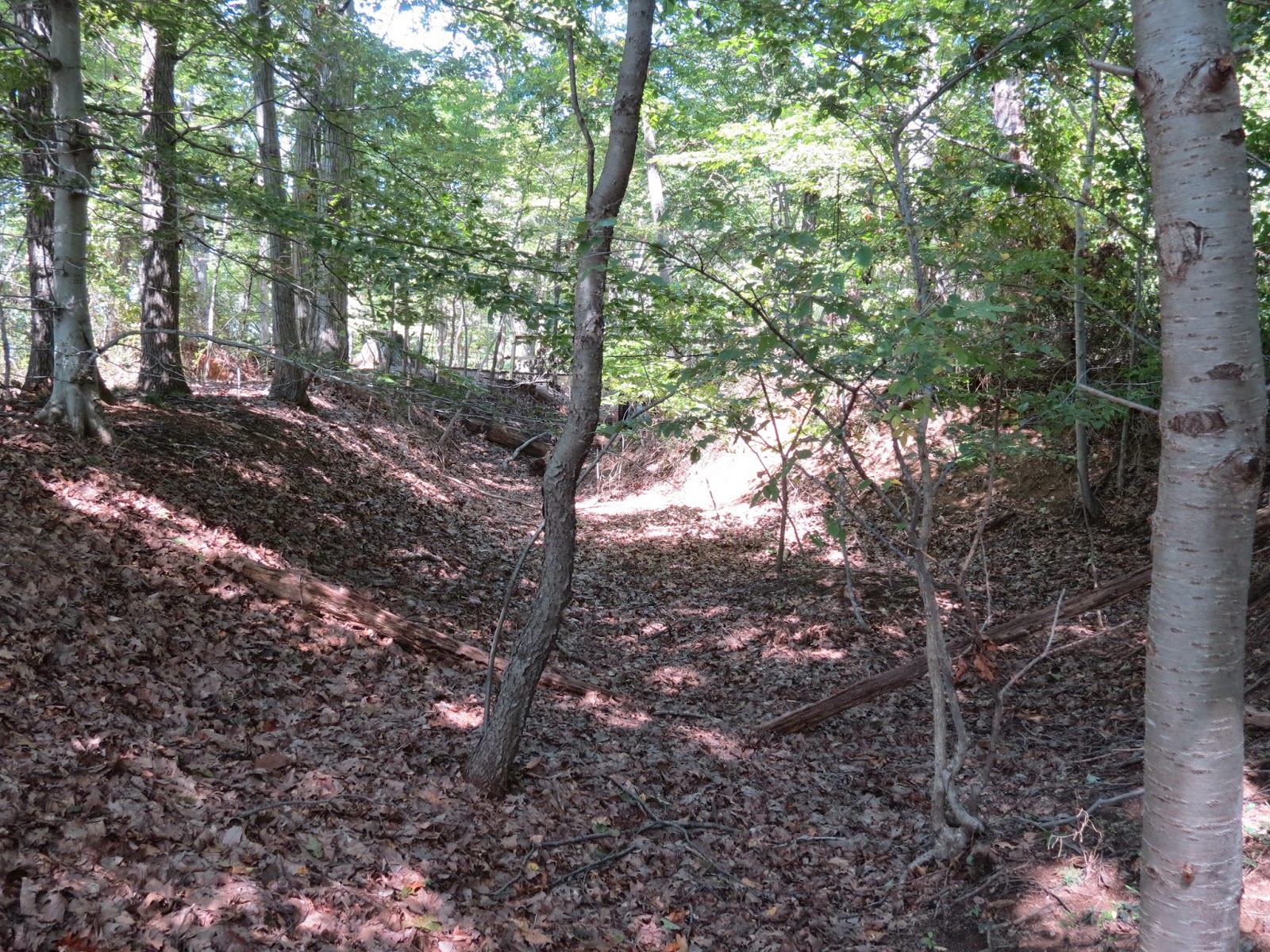 The works, though softened by time are very much in evidence today. 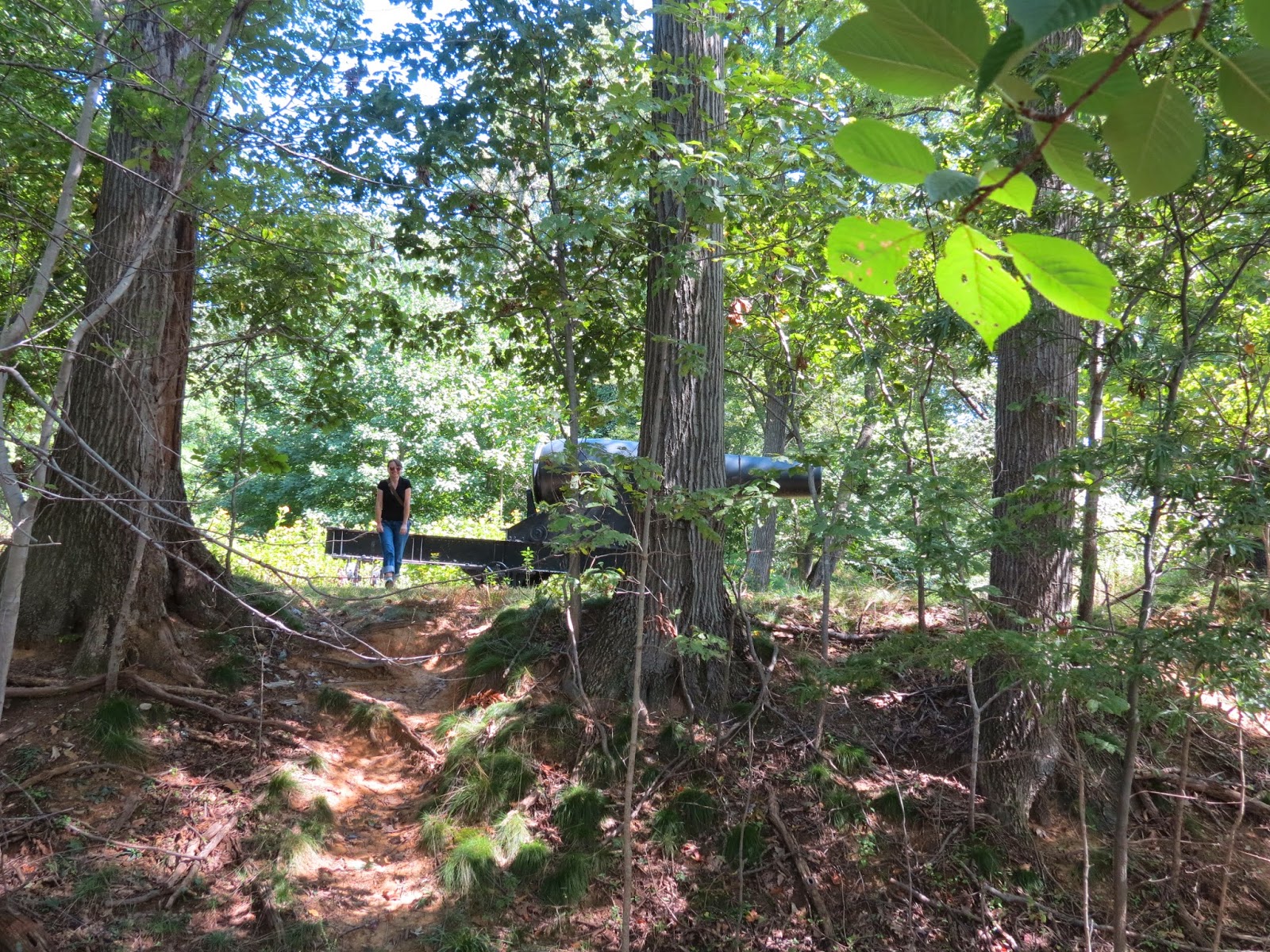 The commanding view of the Potomac too is very much the same. 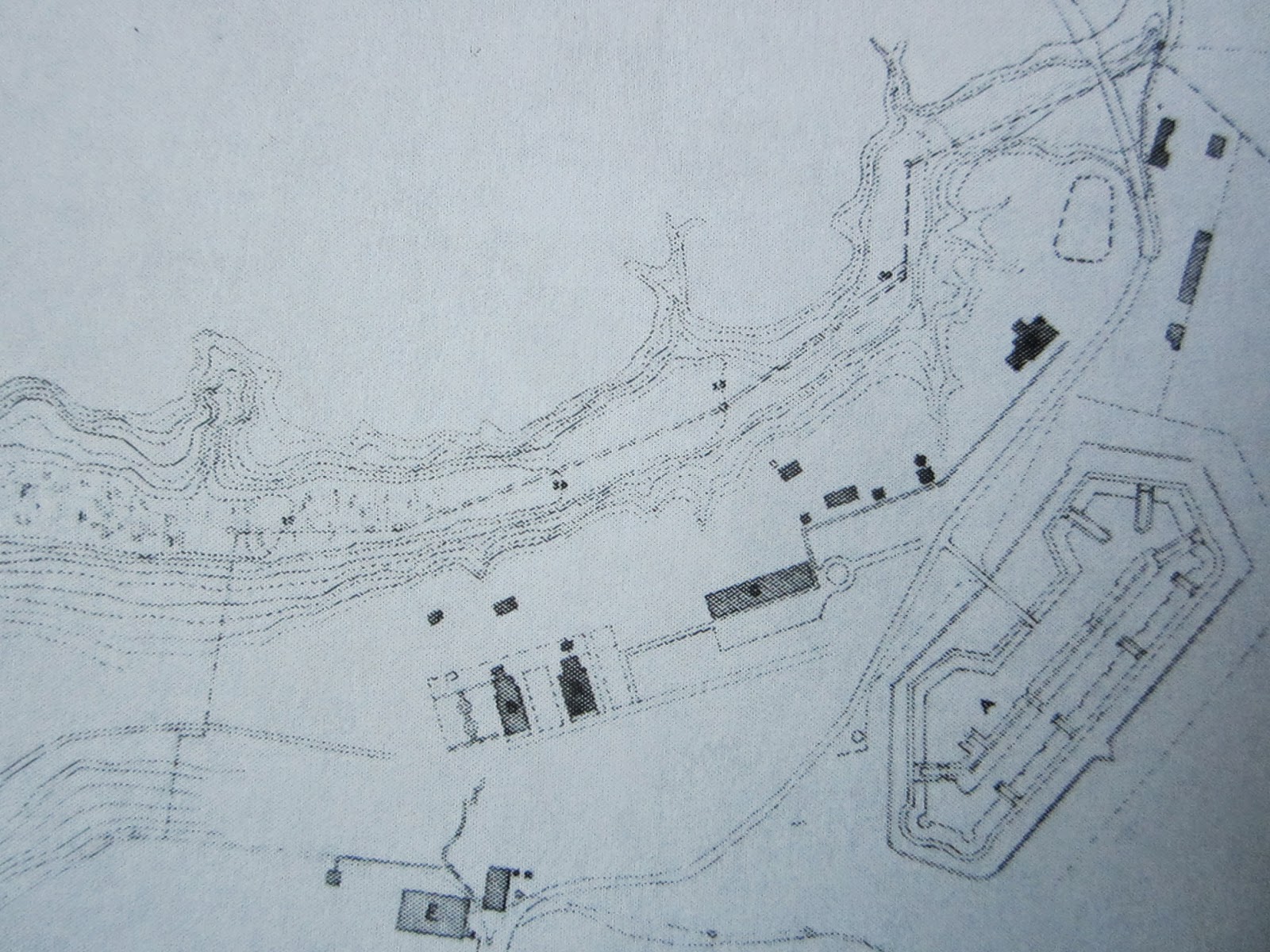 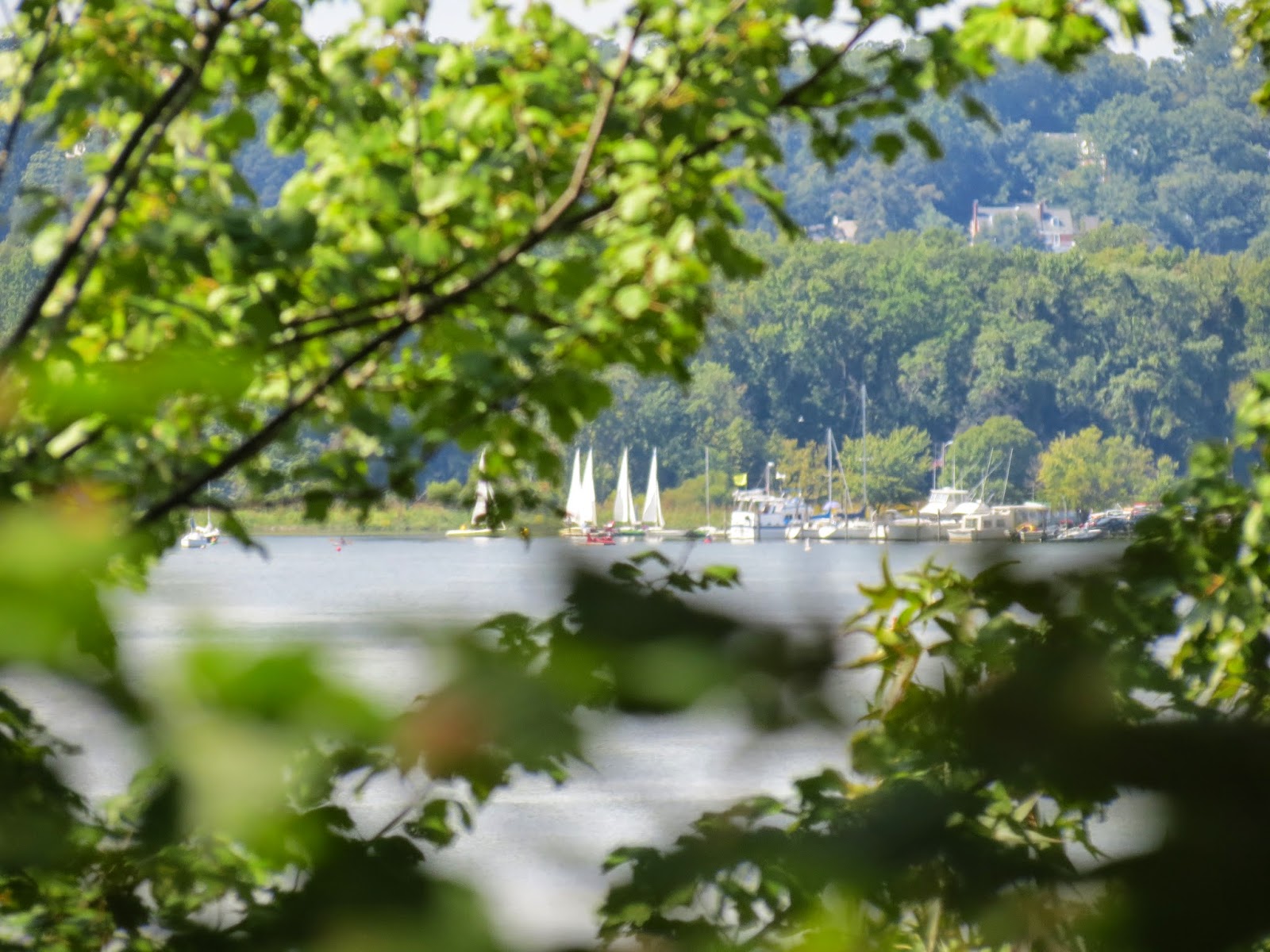 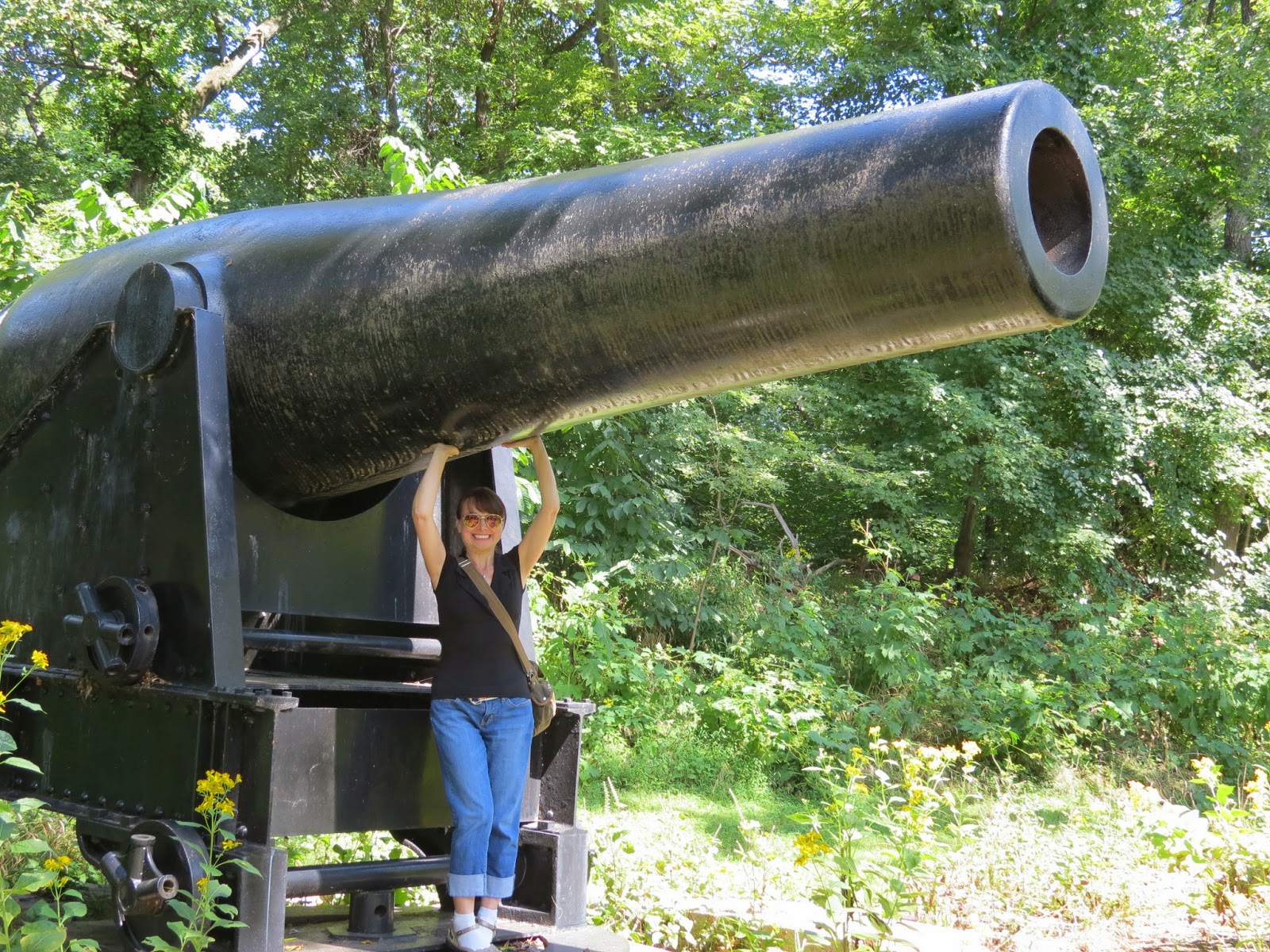 Susan manages to hold up the tube of this massive gun. 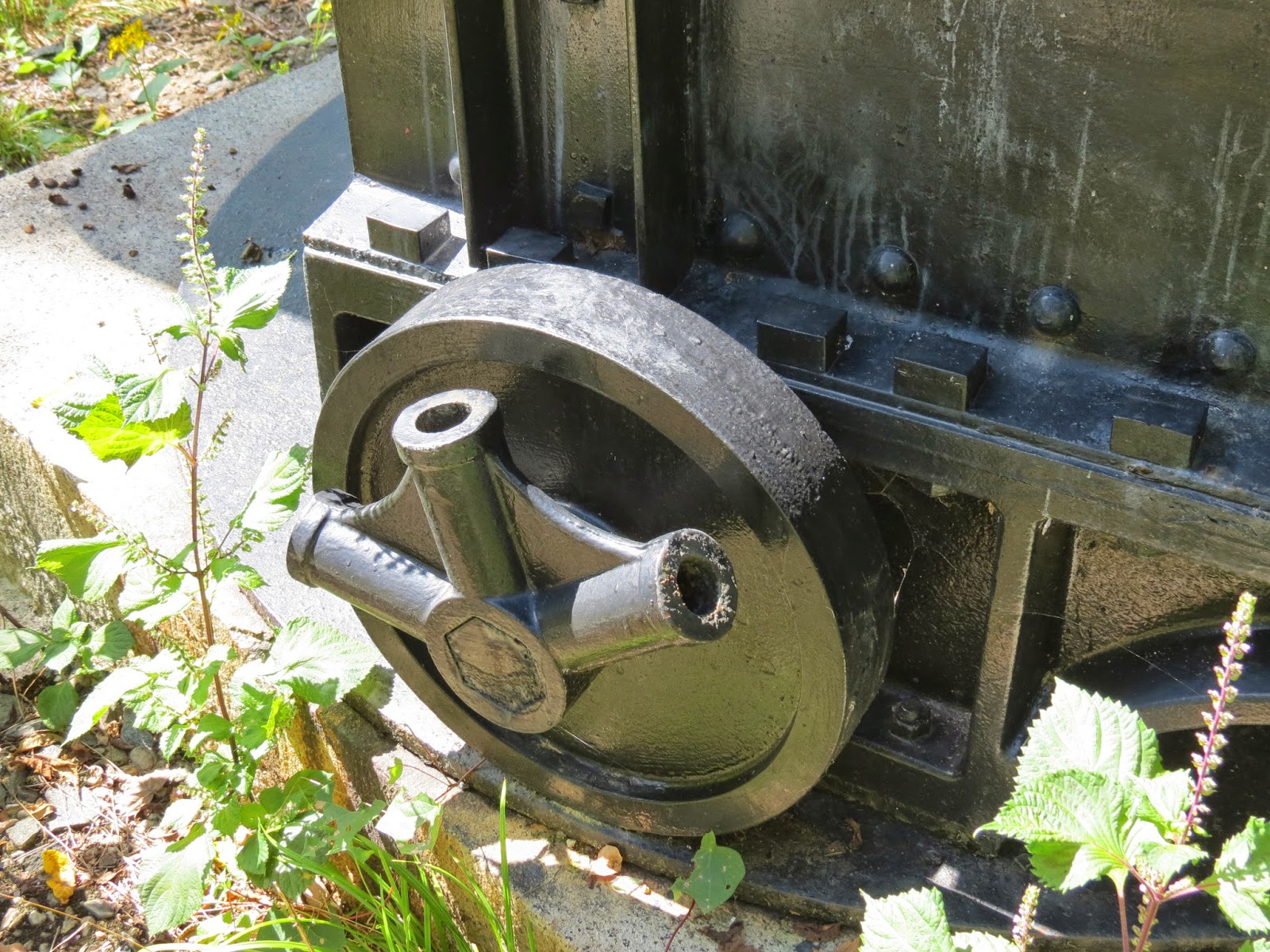 Artillerymen with long pikes levered these wheels to return the gun from it recoil position back into battery position along its sliding carriage. 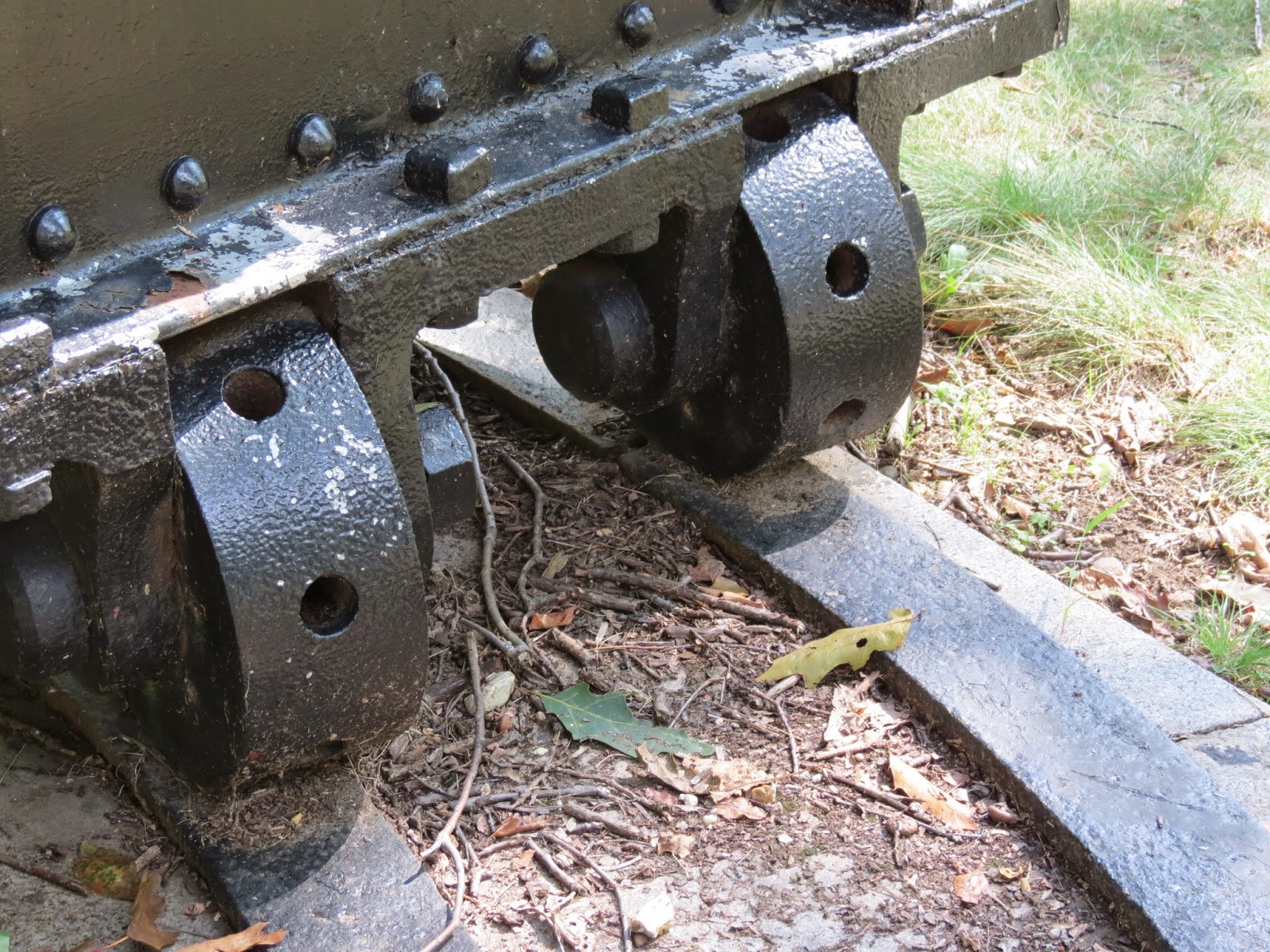 Similarly, long pikes were inserted into the holes of the deflection wheels to pivot the gun left or right along iron tracks. 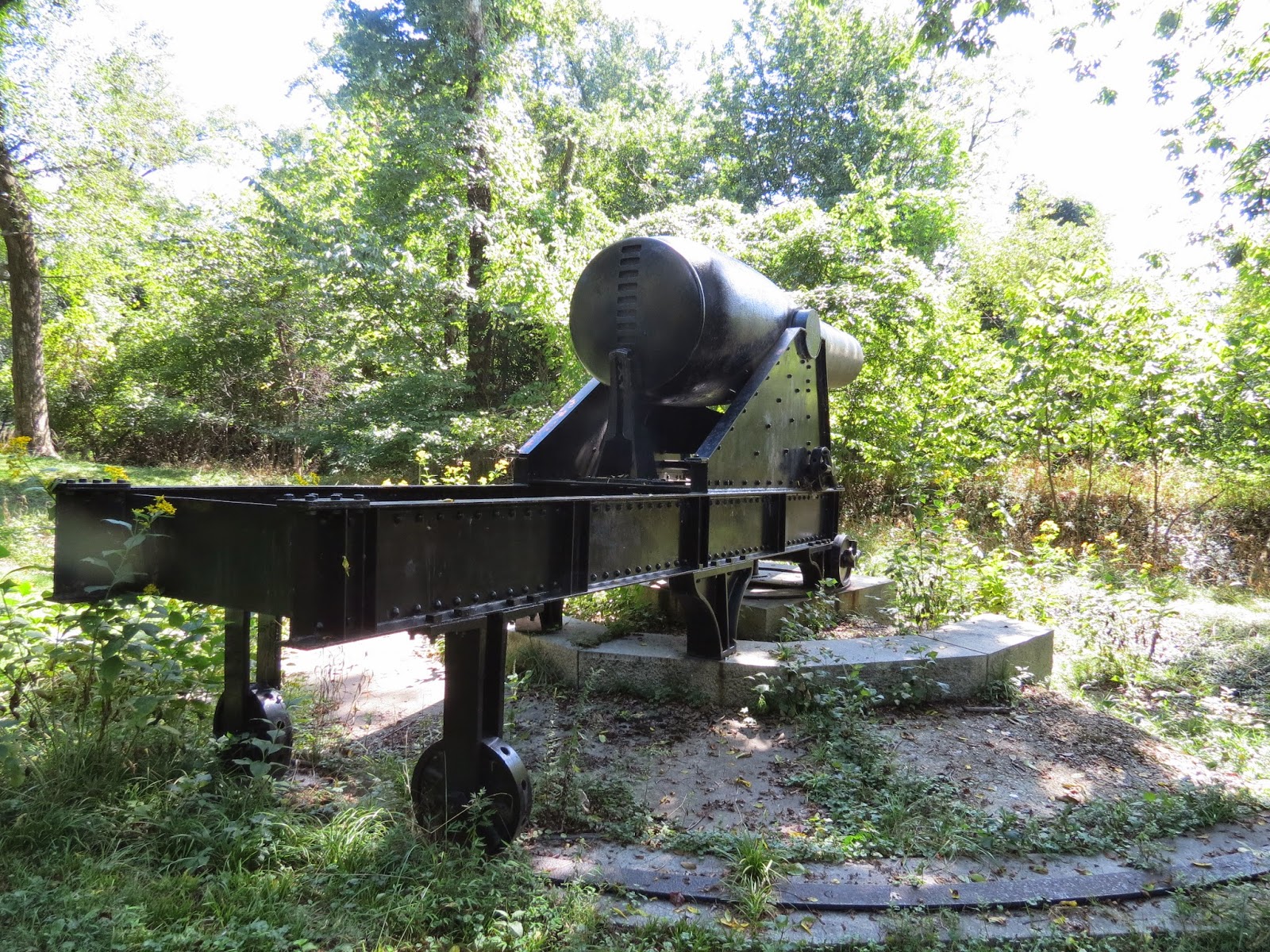 The guns are anchored on a central pivot pin allowing for a wide field of fire.  The carriage of the gun is inclined up toward the rear to absorb the recoil of the heavy gun, essentially having it slide "uphill" to expend the force of the recoil. 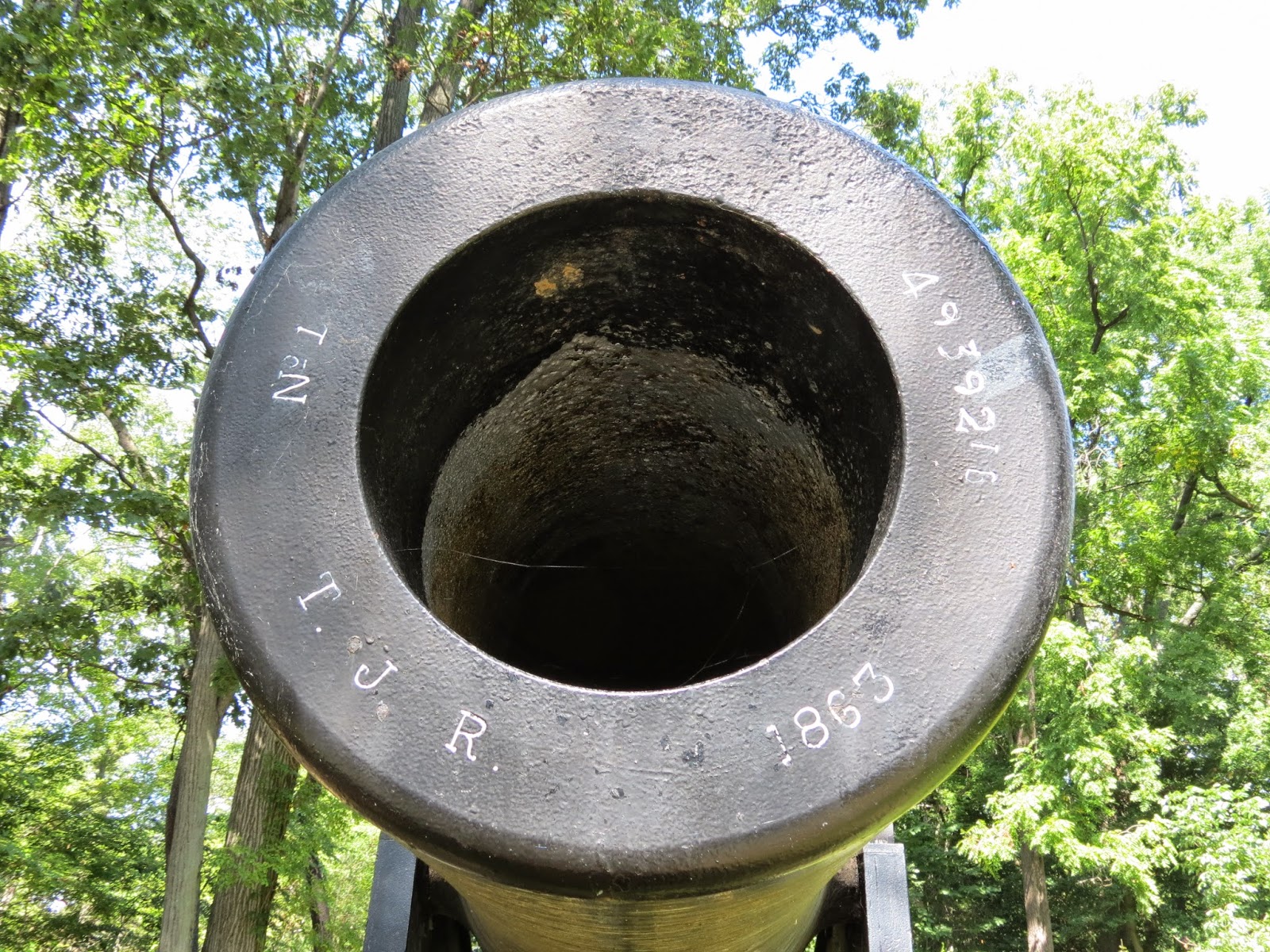 Never fired in anger, the gun was, however, fired numerous times for ranging purposes and demonstrations. 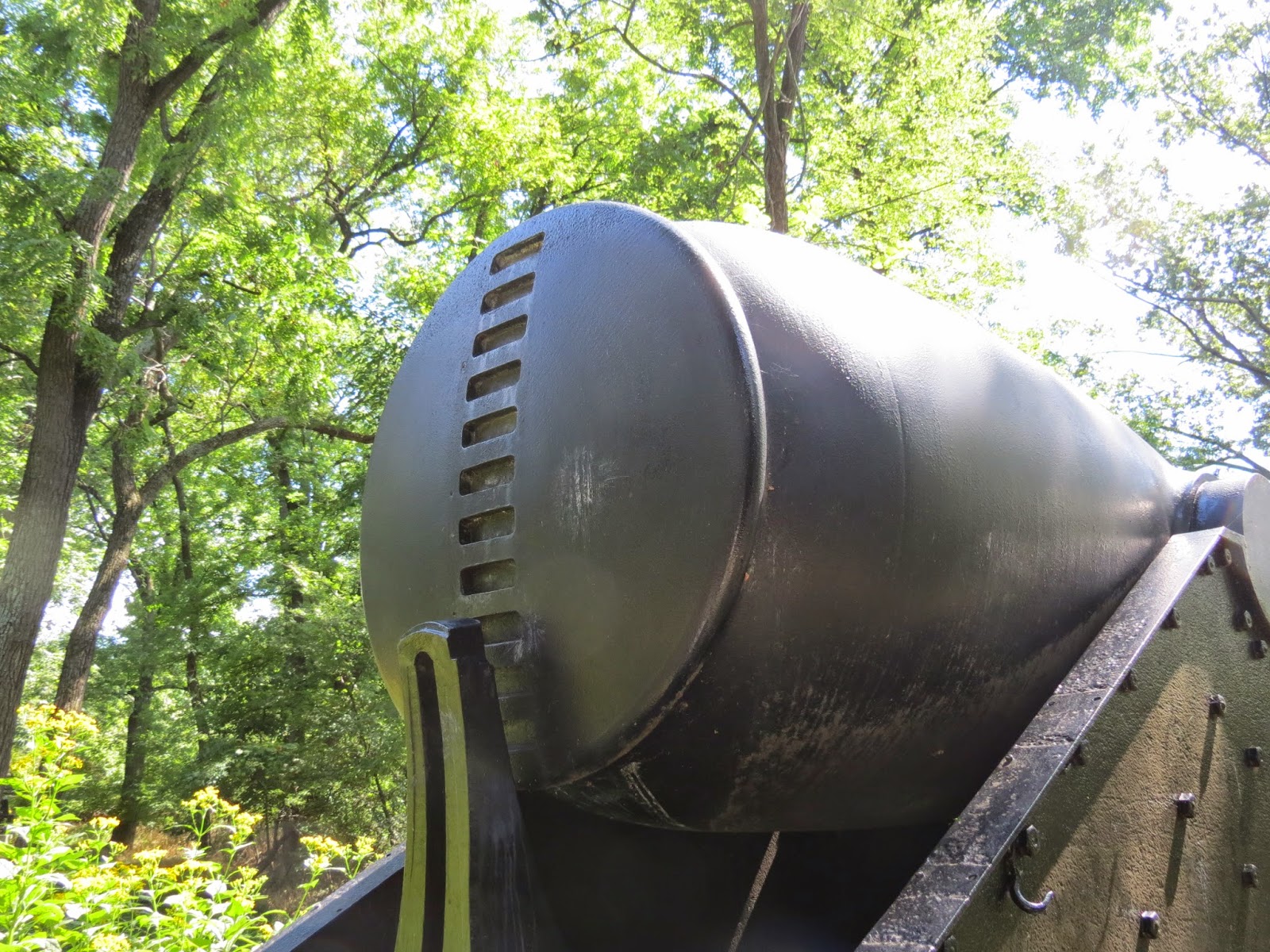 Incremental elevation was performed at the breach of the gun. 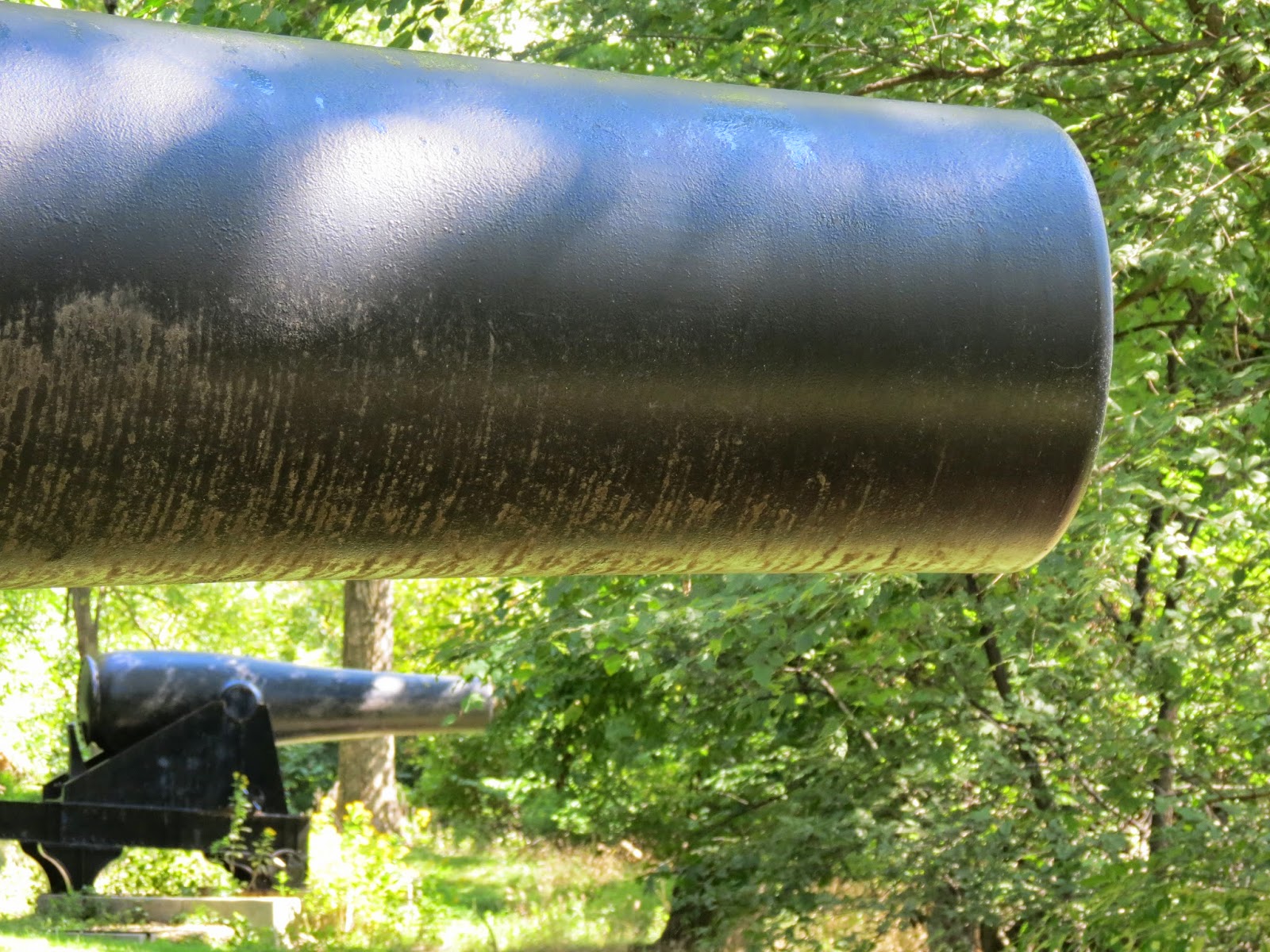 Two of the original guns remain.  The fort remained an active Potomac defense for several years.  During the war only one Rodman was mounted but in 1867 two, presumably these two, were present.  Imagine the power of man, beast, and derrick which must have been required to haul these guns to the fort and mount them into position. 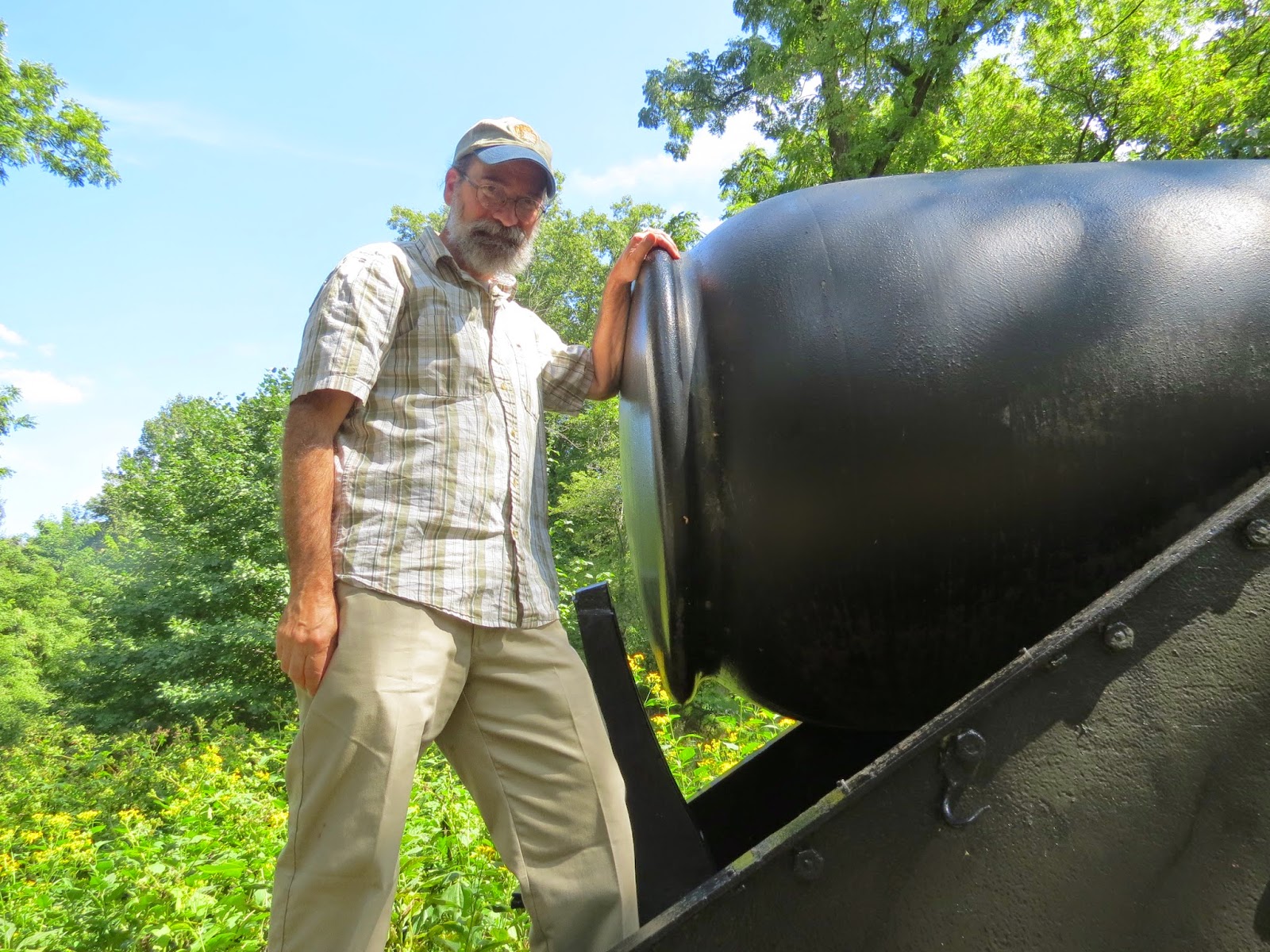 Do put Fort Foote on your "short list" of cool Civil War sites to visit when in the
national capital area.

Here's my contribution to the Rodman mythos that I posted on my toy soldier blog
a couple of years ago:

Tomorrow I start my new job on the National Mall.  Wish me luck!

From way northwest of our nation's capital,
Ranger Mannie﻿

Posted by Mannie Gentile at 5:16 PM