A week of training at Ford's Theater


This was a week of training at Ford's Theater; my head's still spinning.  Does 9:00 entry include the ranger program?  Does a 9:30 entry include the museum?  is the 3:45 a ranger program in the theater or a walk-through? Can visitors re-enter the museum after the program? What time do you "drop the rope" and at what time does the rope go back up?,  How can you tell who gets Acoustiguides? What are the stacks of extra Petersen house tickets for?  Where do your store the stanchions?

Its a million details that come together to make it all a smooth-running operation, fortunately there is a group of Ford's Theater rangers and Ford's Theater Society visitor services people who were all very patient in showing me the ropes, and answering, and answering again, my numerous questions. 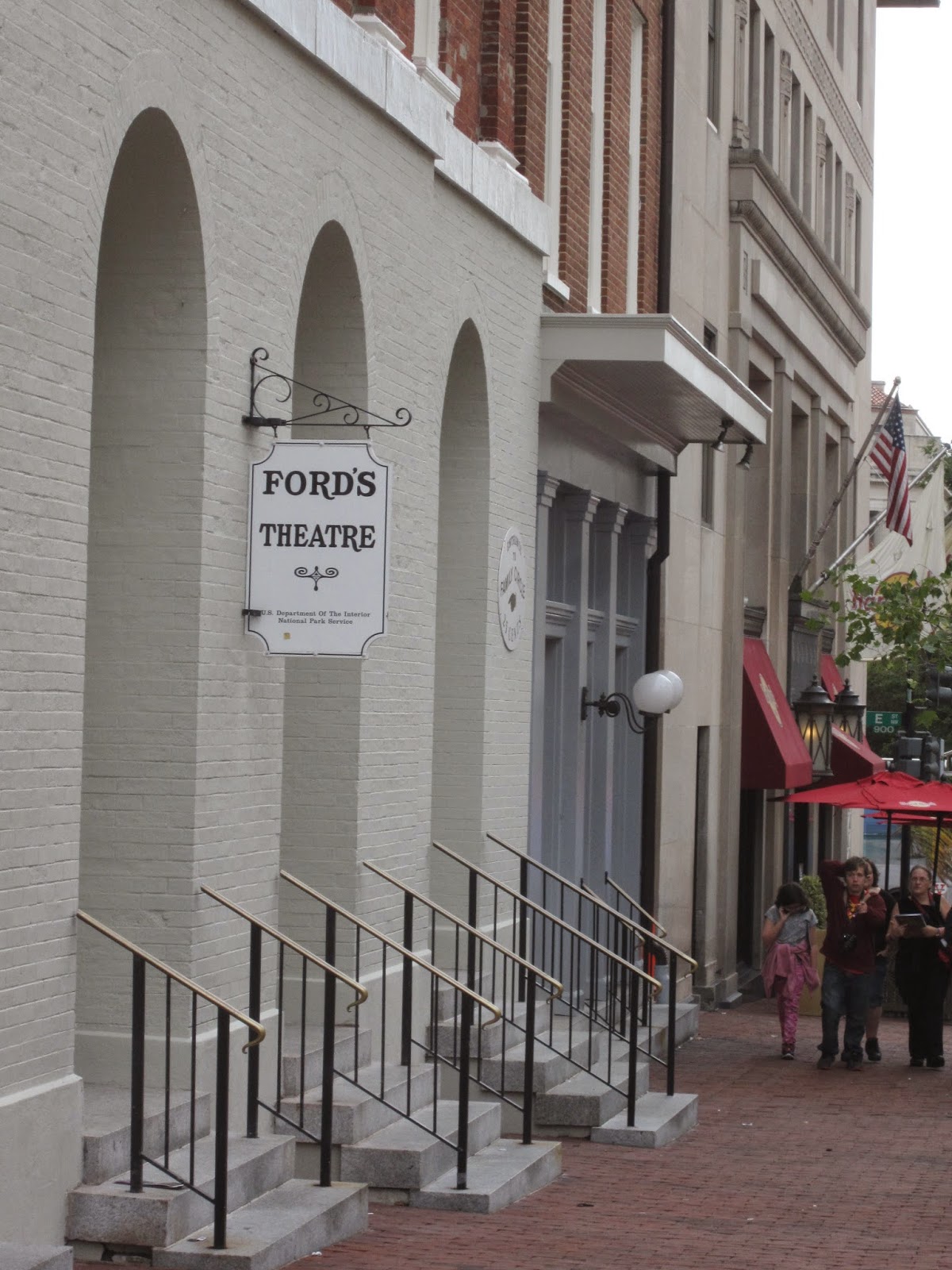 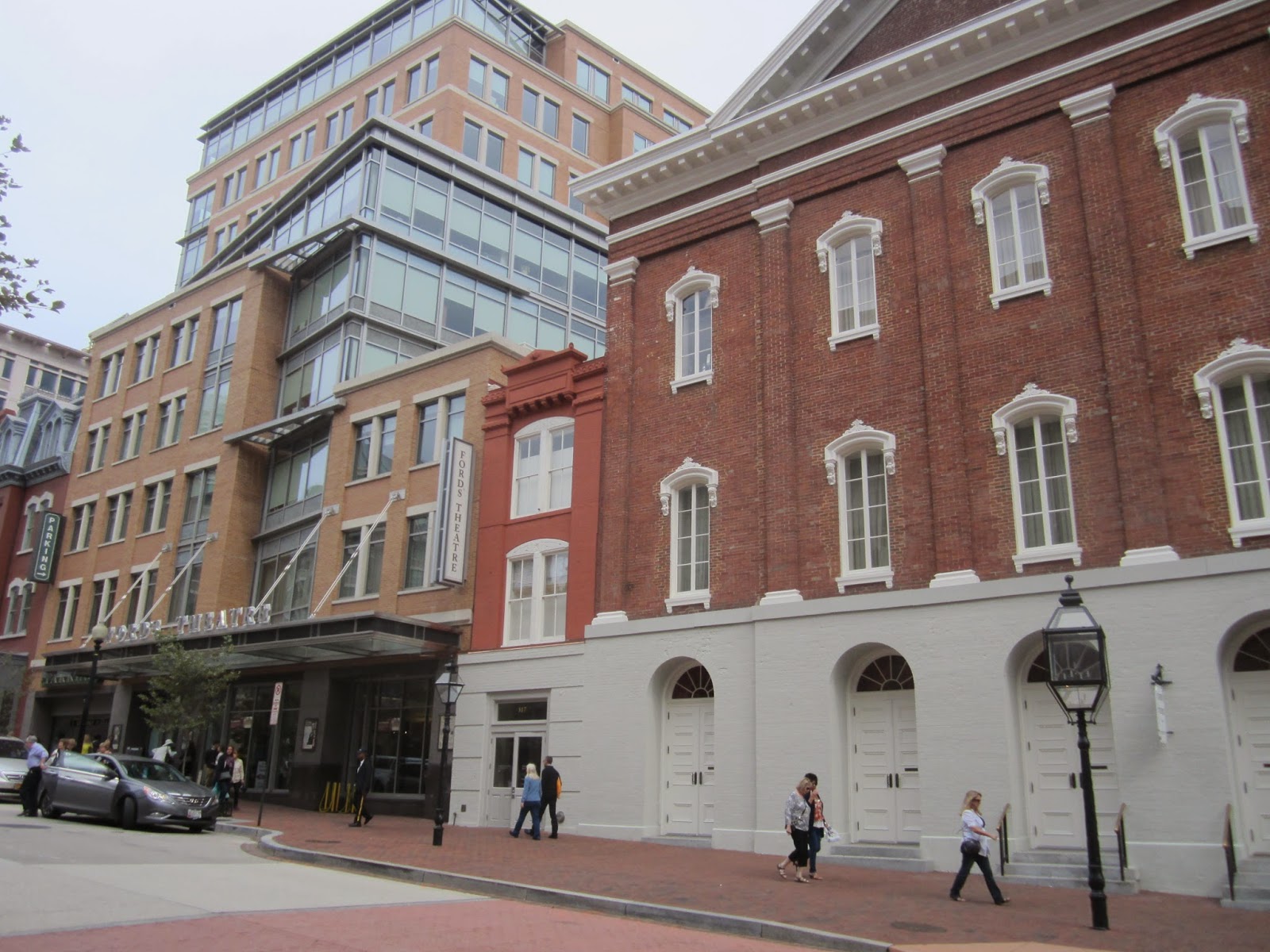 To the left of the historic theater is the modern facility housing the Ford's Theater society; that's the group which, among other good things, continues the tradition of the theater being a live performance stage will a full season of programming. 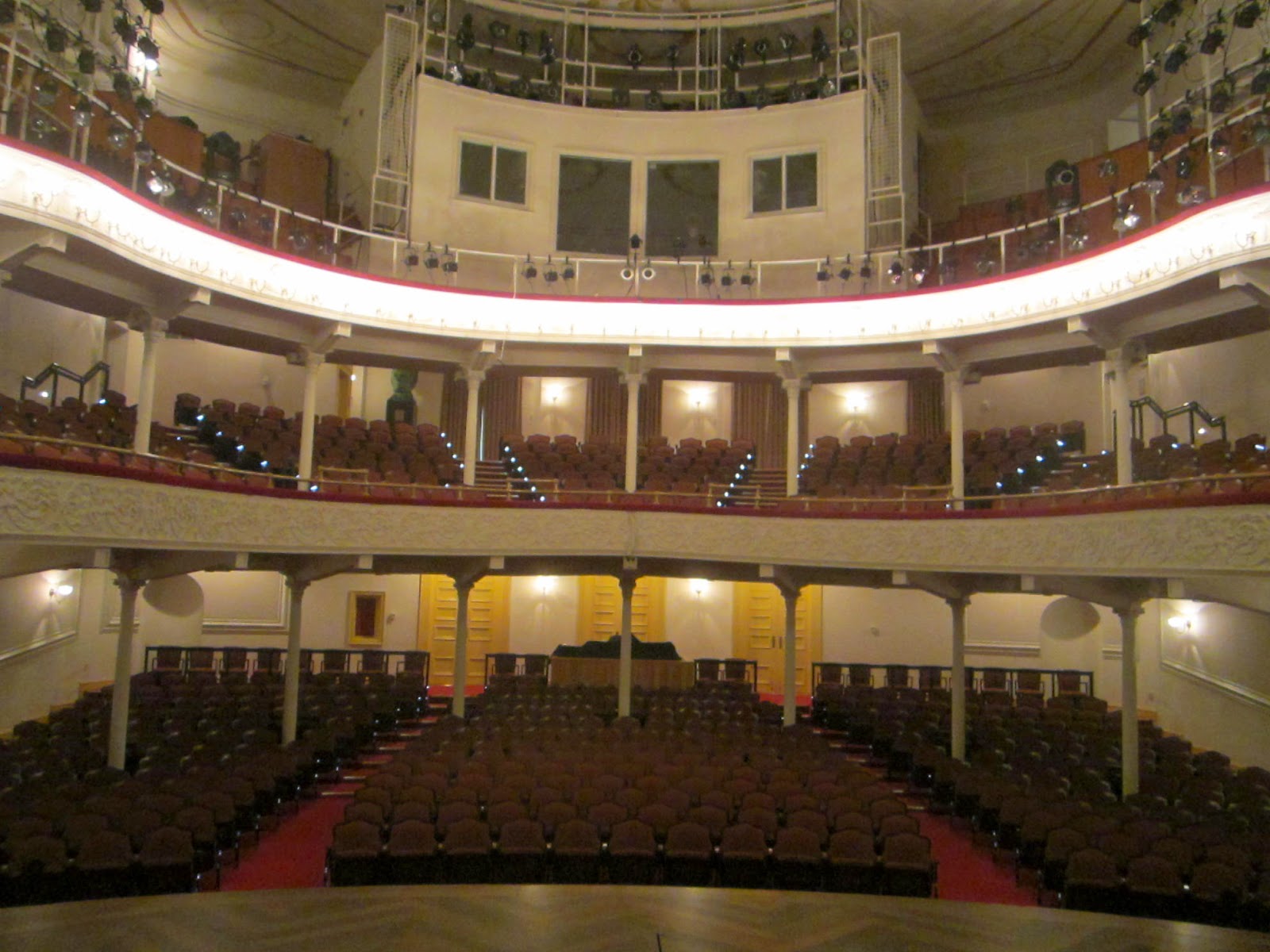 The theater is pretty gorgeous with plenty of seating. 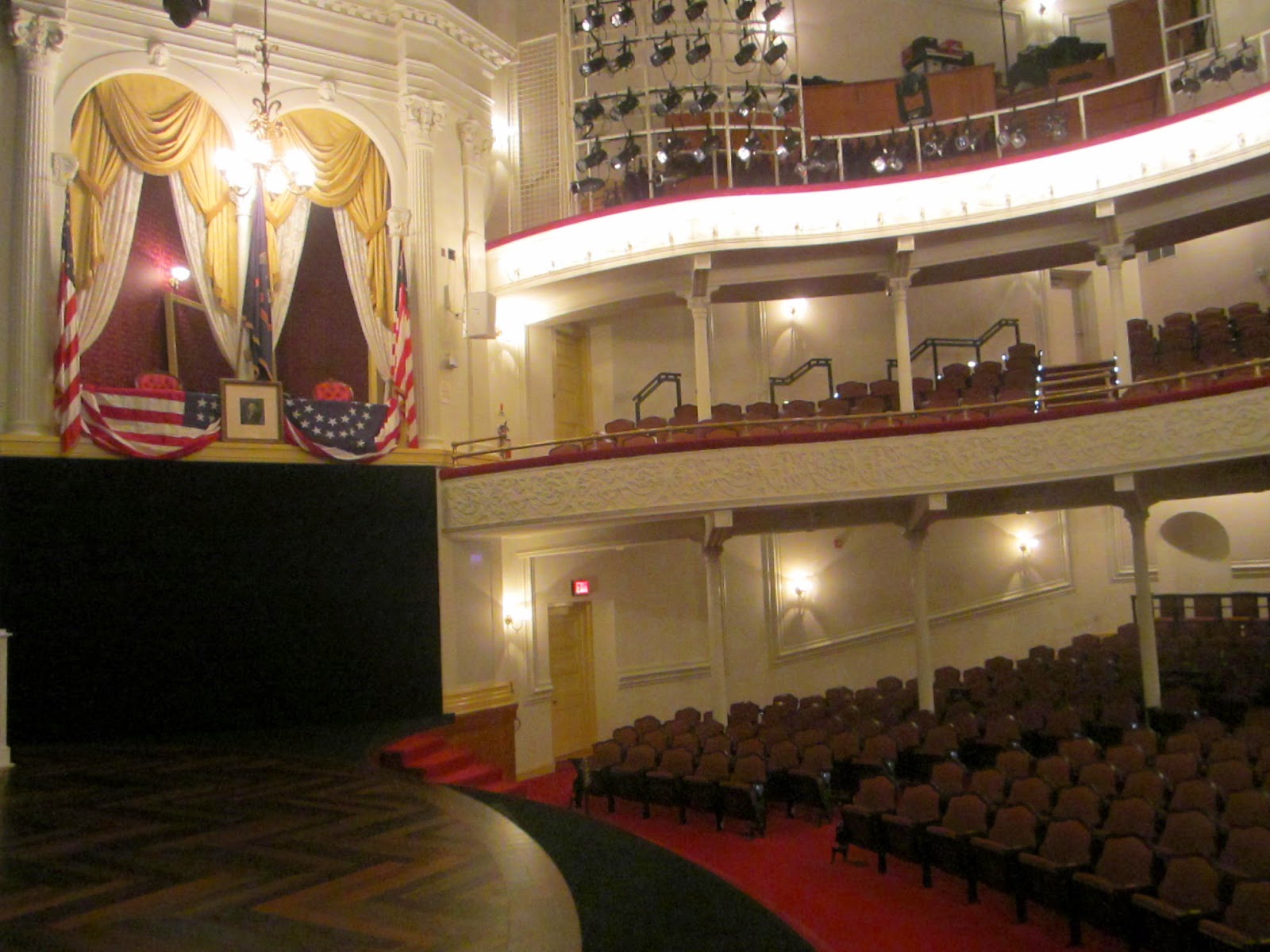 The presidential box is still festooned with bunting just as it was on that fateful evening. 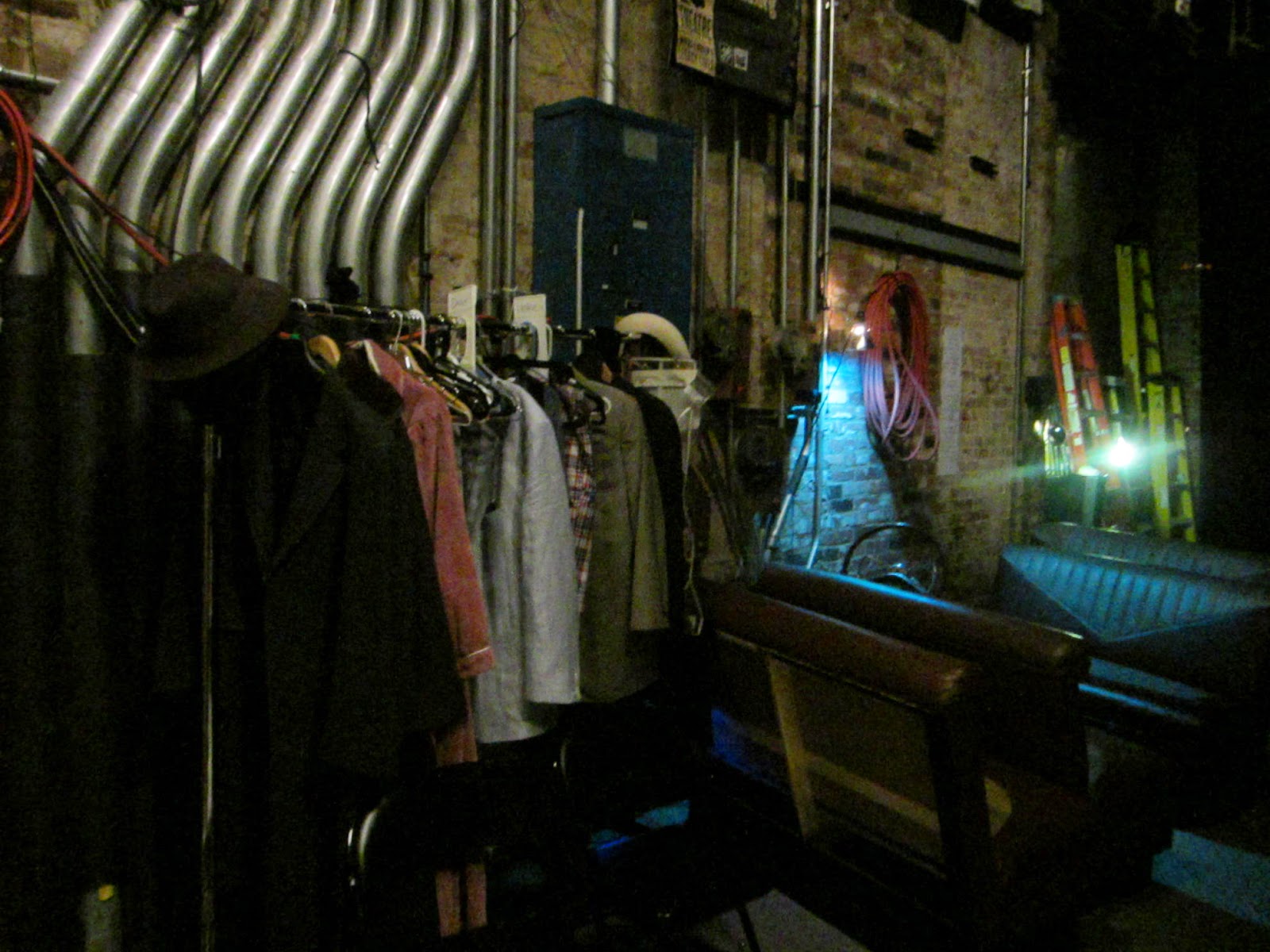 Here's a glimpse of part of the backstage area with some of the wardrobe for Driving Miss Daisy - the current production at the theater. 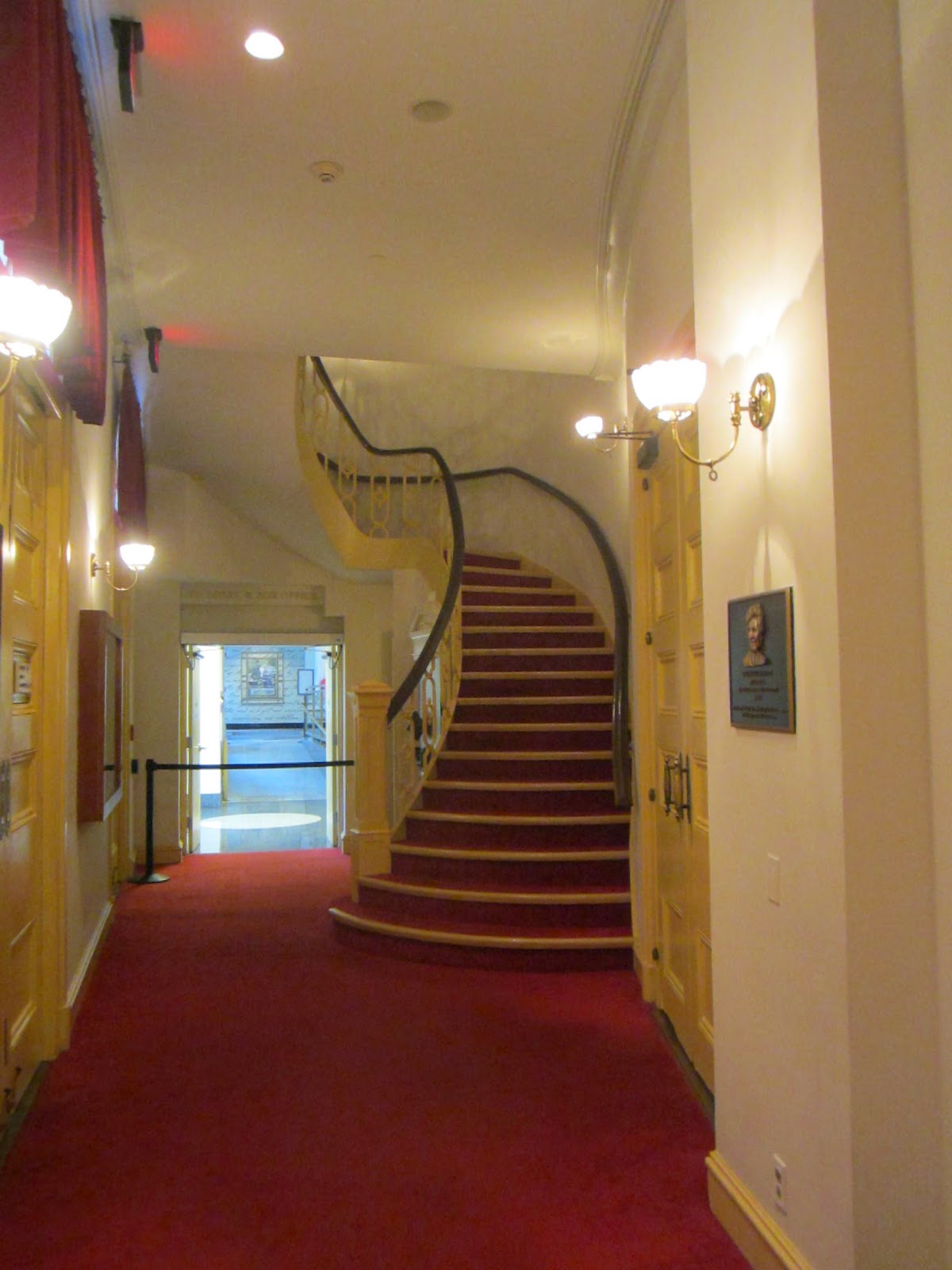 The steps to the balcony... 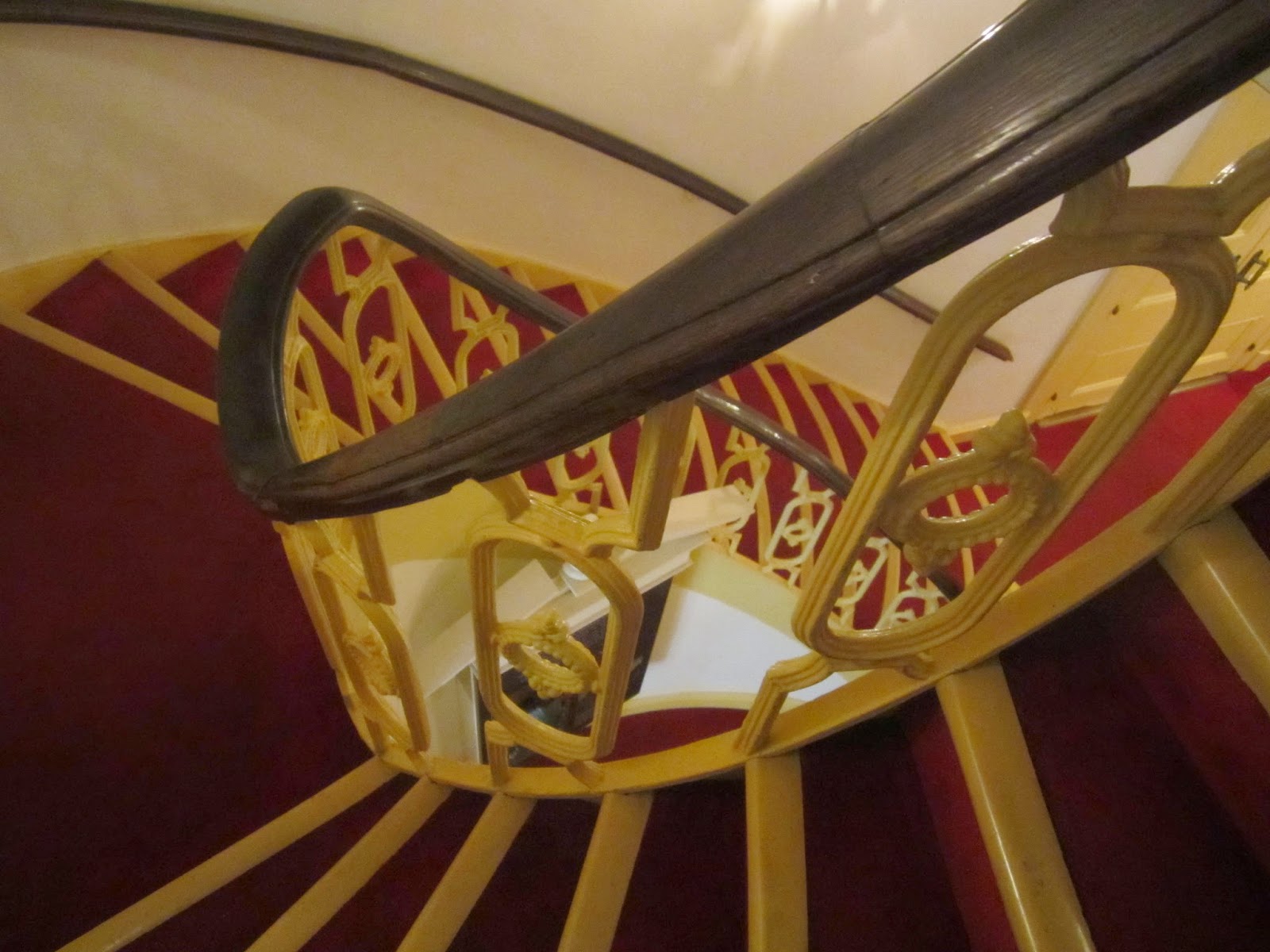 reveal some of the beautiful detail in this place. 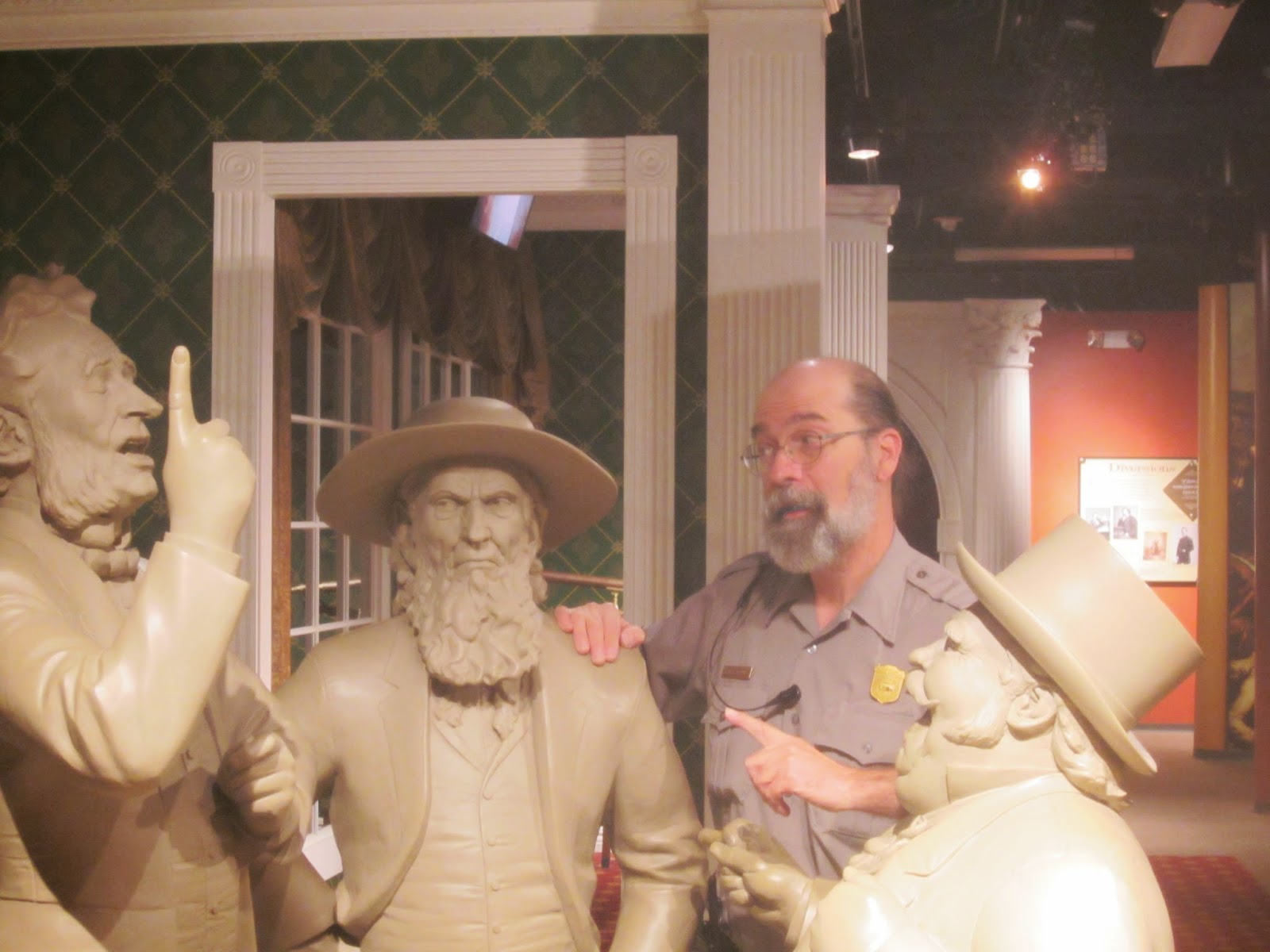 The museum on the lower level is very good.  Here is a depiction of the constant flow of favor and office-seekers who continually plagued Lincoln.
I'm here to lobby President Lincoln to make me a GS-9. 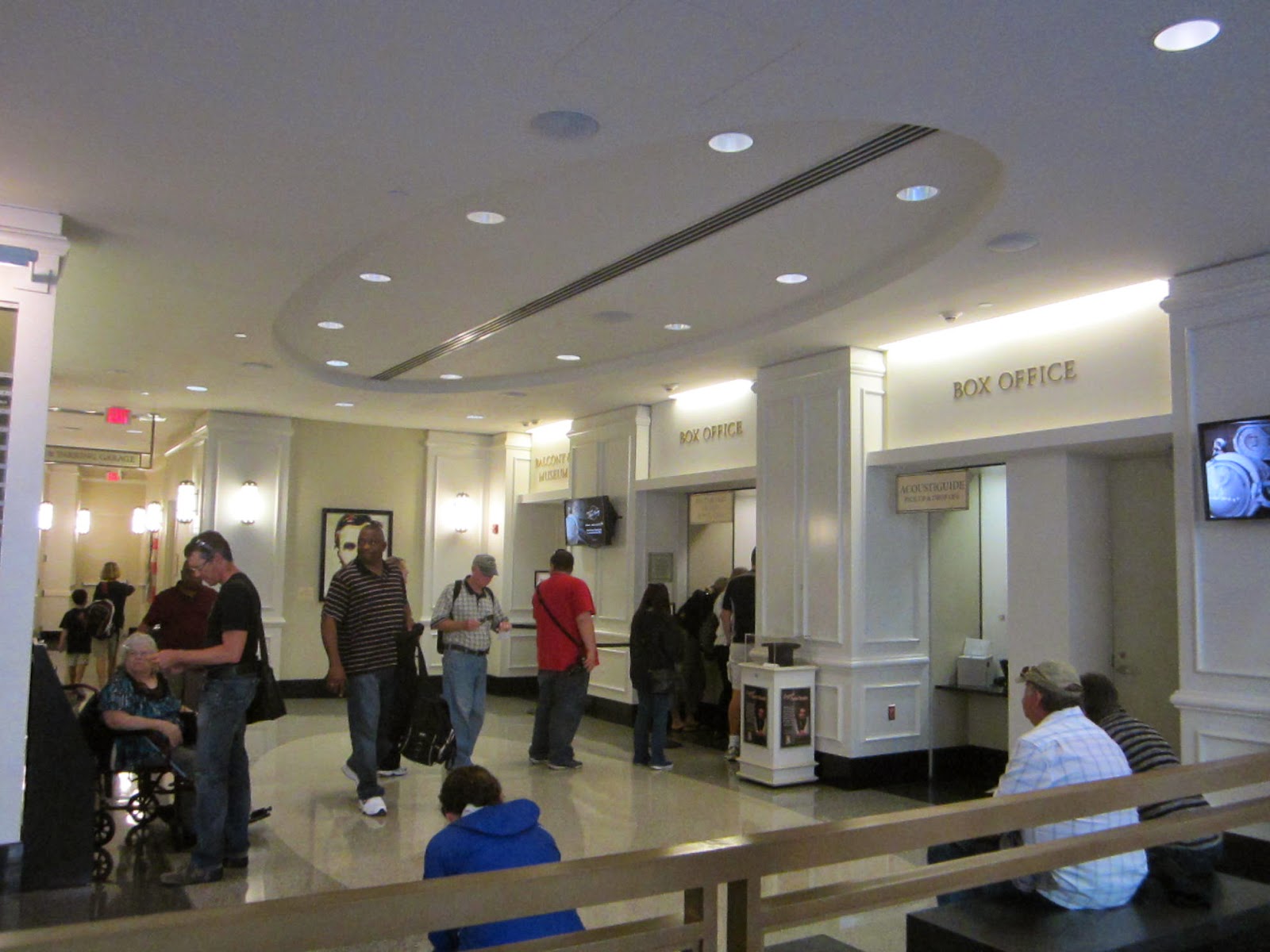 The box office is located in the adjoining modern building. 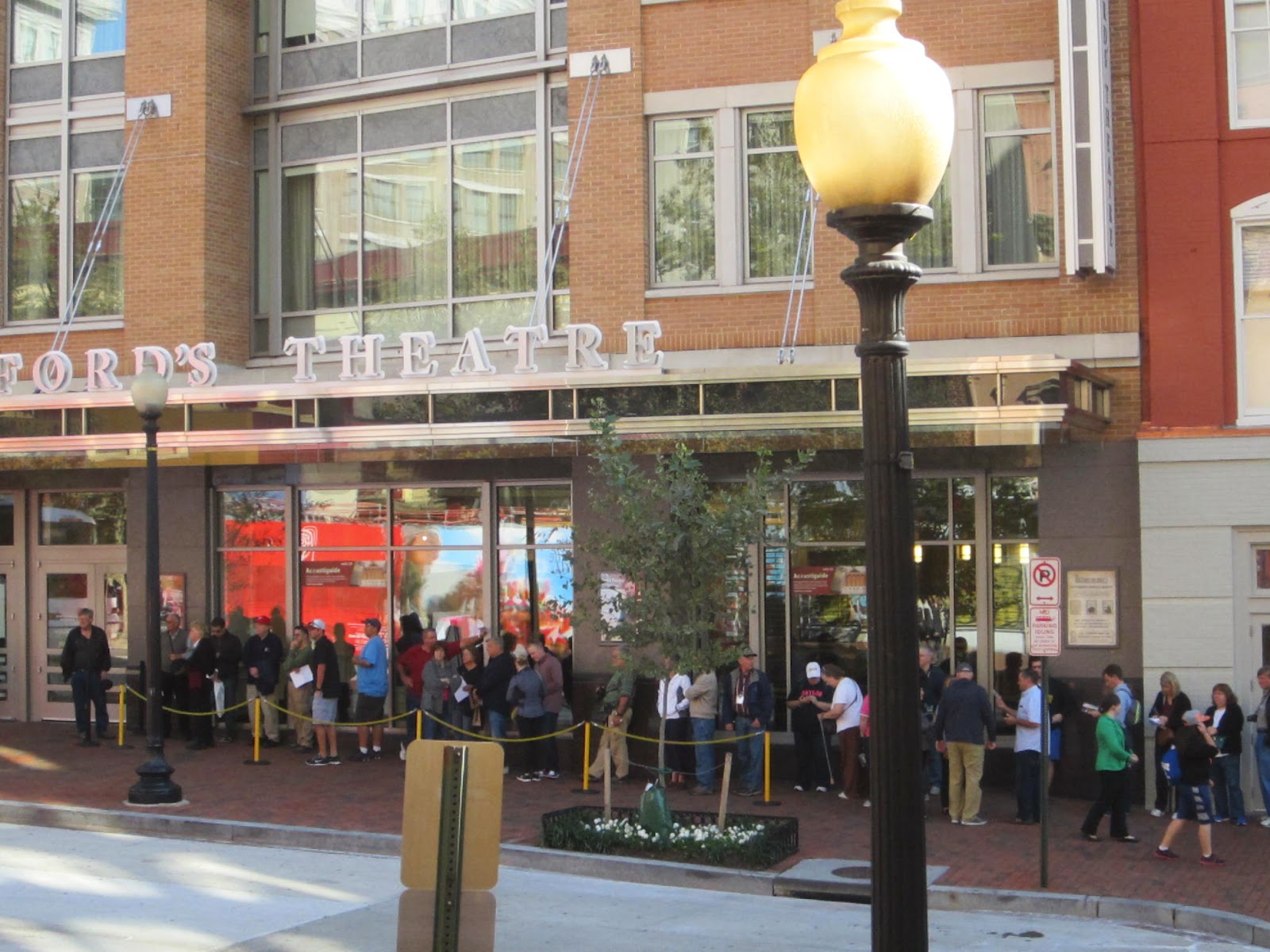 There is always a long line of people waiting to get in to the theater, but the line moves very quickly.  The partnership of people from the Society and park rangers creates a choreography which flows visitors through the theater efficiently.  And as I already mentioned its a pretty complicated affair.  They make it look easy and its all quite seamless for the visitors. 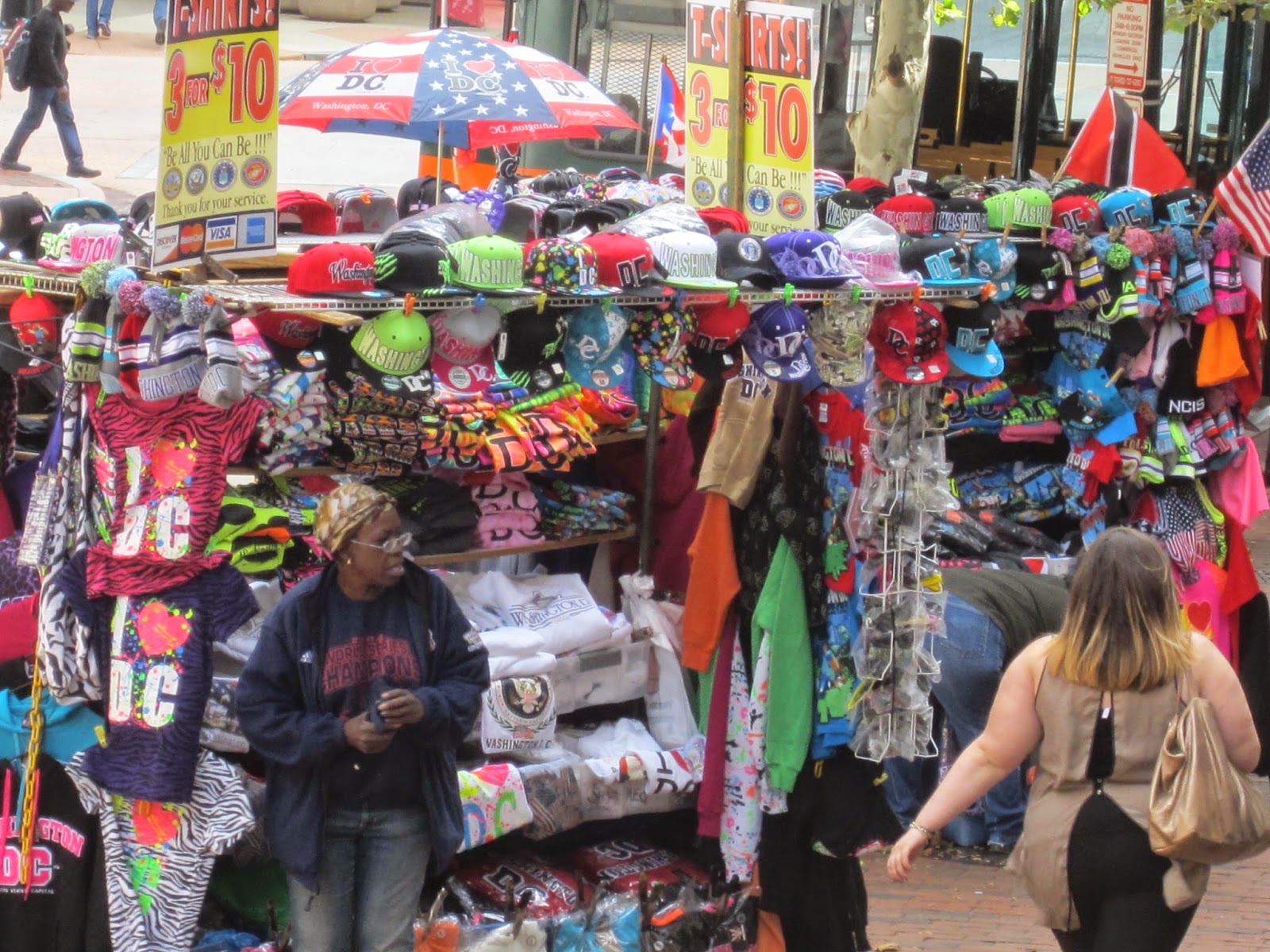 Across the street is a 6' x 6' island of free-enterprise. This is typical for nearly every street corner off the mall.  There's something for nearly everyone at the souvenir stands that set up in the morning and vanish in the evening. 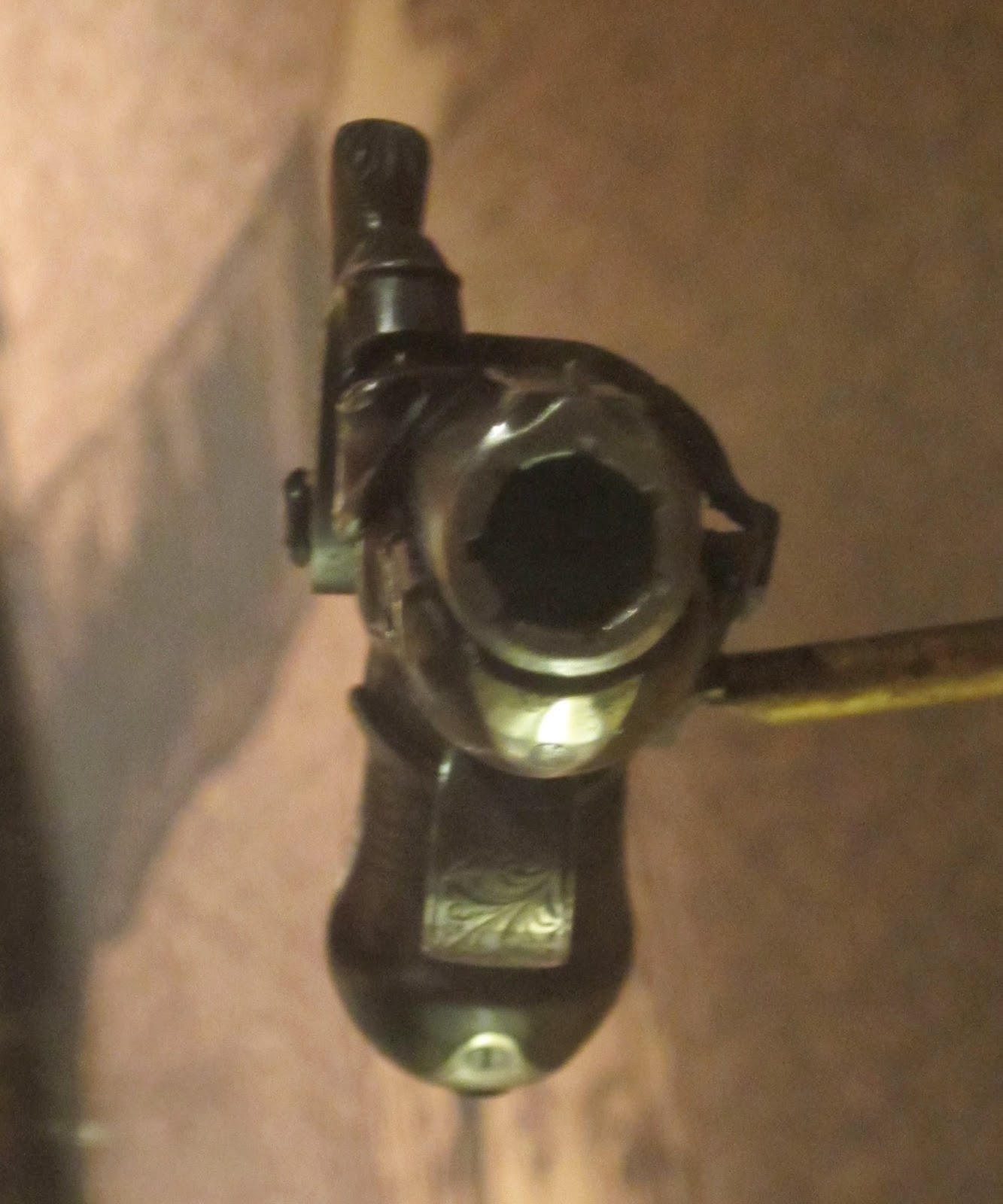 In the museum is the instrument that produced one of the greatest tragedies in American history. 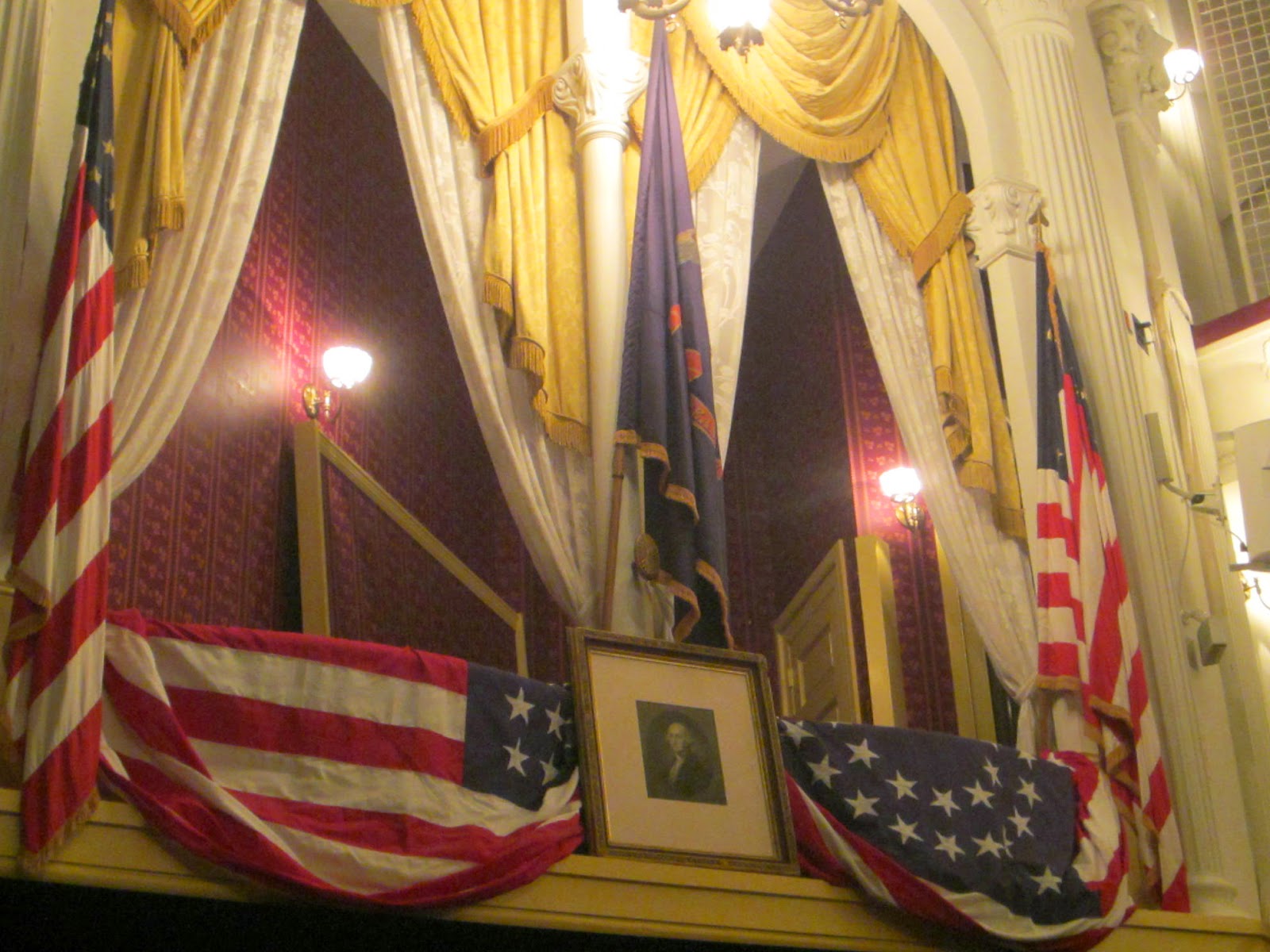 Put Ford's Theater at the top of your list for your next trip to our nation's capital.

Now that my Ford's theater training is complete, I'm eager to see where next week will find me.

See you on the mall.

How I envy you the experience and all you're learning at this site, Mannie! Thanks for sharing via your blog and please keep posting. Hoping to make it back to Ford's Theater and other DC sites in May. God willing...

Hi Mannie. The original wartime alley still survives behind the theater, although it was altered somewhat about 10 years ago when buildings were razed along F Street. It was called Baptist Alley during the 19th century and one can still see the area where Booth left his horse with Peanuts Joe and the backdoor that Booth entered/exited. After shooting the president, he fled down the alley to F Street, which one can still walk today. It is a real hidden gem, and a spot that most people don't know exists, even historians. Regards, Todd Berkoff

You're not even a GS-9. That's a very low salary grade for the National Capital Region. Lol

I know that Ford's suffered a structural failure at some point in the 1890s, with some fatalities. How much of the structure was damaged? Did the collapse include Lincoln's balcony or the stage?

Looks like a great place to be posted. Sorry for your long commute, though.

Jeff, the War Department took over the building in 1866 and gutted the interior including, I believe, the stage and presidential box. The theater was then converted into a three storey office building used by various branches of the War Department. In 1893 a catastrophic collapse of the interior floors into the basement killed 22 (or 23, I can't remember) workers. In the mid 1960s the theater was restored to its 1865 appearance.