This is where I came in. 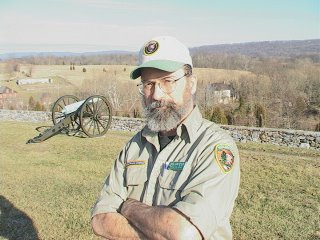 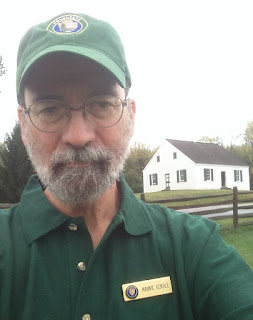 After three and a half years absence, I decided to get my park back.  I started volunteering again at Antietam National Battlefield last Monday.  This is how I started my NPS adventure nearly twelve years ago.

I guess I got tired of waiting to be called back to Antietam.  I was pretty broken hearted when I had to leave, and for over a year I expected to be hired back at any moment, but as the months turned into years, I realized that that chapter may be over.  I was, I'll admit, a little angry that things ended the way that they did.  But recently, I realized that any hard feelings were pointless and that I simply wanted my park back.  Today was my second day on the job, hanging out in Dunker Church chatting up visitors.

It sure feels good to be back...

ps, as far as ever returning as a ranger...hope springs eternal.
Posted by Mannie Gentile at 1:44 PM

Wow, most visitors will never know how lucky they are to have you there as a volunteer. The park will, I am sure.

shaking my head when a veteran, full-time park ranger is a 'volunteer' at another park ;)

Glad to have your back. Missed your posts.