At the battle of Monocacy there were three crucial bridges:  The stone "jug bridge", the wooden covered bridge, and the iron railroad bridge.  The latter two were in very close proximity to each other and spanned o the Monocacy river.  The outnumbered Federals of General Lew Wallace were on the east side of the River and Early's Confederates were on the west side.  Wallace had selected an exceptionally strong position, and the bridges were key.

As the inevitable tide turned against Wallace, as he knew it would, he pulled most of the troops that he had deployed on the west side of the river back to the eastern side with orders to torch the wooden covered bridge behind them. 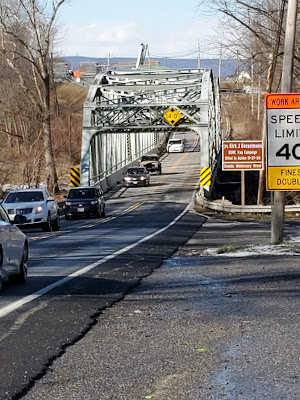 A few companies of Federals hadn't received the word to evacuate and had to use the railroad bridge as an alternate route of escape. 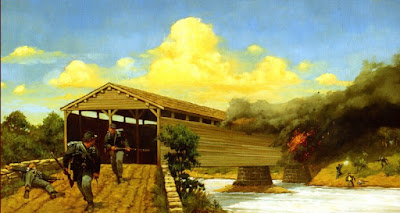 Today, supporting the modern bridge, you can still see the original stone pilings of the original wooden covered bridge 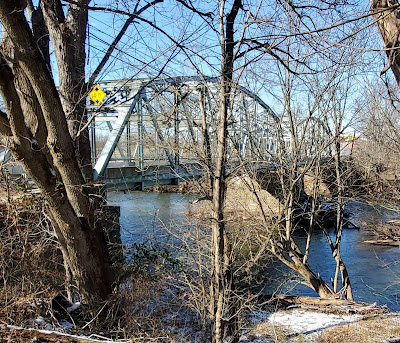 Come see for yourself at this little gem of a battlefield.

Posted by Mannie Gentile at 8:45 PM