The book that launched a thousand careers.

I
I originally posted this on my toy soldier blog (toysoldiersforever.blogspot.com), but I think that it's also appropriate for this site as well.  Did you have this book?

The Golden Book of the Civil War: the book that launched a thousand careers.

Little Mannie had a watershed that came in three parts in close succession;  the LIFE magazine serialized series on the Civil War, a trip to Gettysburg, and The Golden Book of the Civil War.  All of this was wrapped up in the excitement of the Civil War centennial.

I am not alone in this transcendent chain of events,  When I was a Ranger at Antietam National Battlefield, countless visitors told me that the Golden Book started them on their Civil War journey. 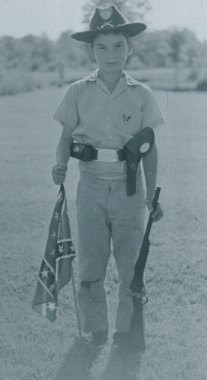 The centennial period was enriched by many publications, movies, and books not the least of which was the classic - A Stillness at Appomattox by the legendary Bruce Catton.  This was part of his Army of the Potomac trilogy, a masterwork that engrossed countless adults.

For as important as Catton's works were, I argue that the Golden Book is the single most influential book on the Civil War.

Unlike the works directed toward adults, the Golden Book specifically targeted children.  The illustrations, text, and especially the maps, ignited the imagination of two generations of children, propelling them to careers as lifelong learners, Civil War authors, historians, history professors, and even Park Rangers, 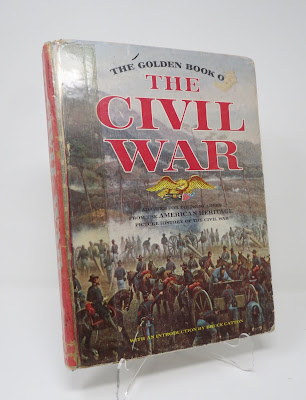 I received my copy from my father in 1960, the very eve of the centennial 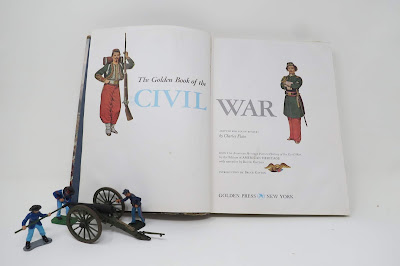 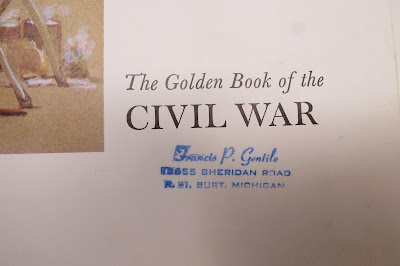 I think that this book and that trip to Gettysburg were my parent's enduring legacy to me.
For which I will be eternally grateful. 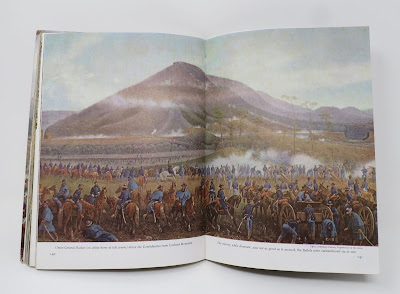 What follows, are testimonials from former boys and girls, all of whom went on to become adults with a passion for the Civil War.

If you don't already own this book, perhaps these first-hand accounts will inspire you to seek out this readily-available book in the second-hand market.  I urge you to acquire it for the fertile mind of a bright child if not for yourself. 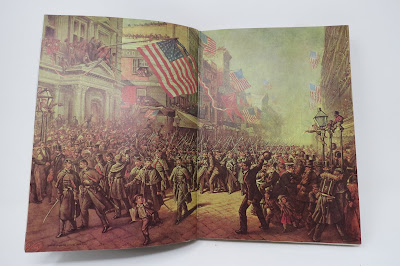 In 1968 I was in first grade. My parents bought my cousin this book for Christmas. I found it in the "gift pile" and would not stop grabbing it and reading it. My mom took it from me eventually, and wrapped it up. I was heartbroken. On Christmas morning, I opened my presents and was overjoyed to find my parents had purchased me my own copy. I still have it, battered and worn. It is the single most important book in my library. I think the battle maps have never been equaled. 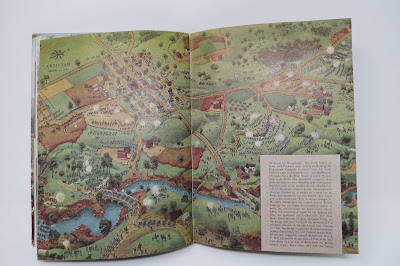 Yes! I had that book too. Indeed, I asked for the expanded version as my primary Christmas present one year. The photos of the dead, real or posed, also taught me early on that war was not a game. (Okay, that, combined with growing up in my dad's VFW post gull of vets from the Spanish-American war through Vietnam.) The second thing was the maps with all the tiny blue and gray figures, including casualties and prisoners. They gave me my first spatial understanding of battlefield terrain. They also taught me to view them more critically once I saw the real ground, when hills weren't as hilly or as rocky as the maps had suggested. But they still helped to make me a map fiend. So, yes! A pivotal work for me! 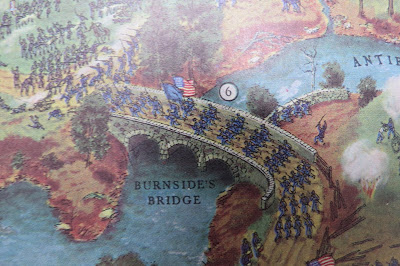 My dad passed this book down to me when I was in elementary school.  As others have mentioned, the maps absolutely captivated me!  There were many factors which influenced my interest in the Civil War from an early age, but there is no doubt that this book captured my imagination.  I have never yielded that love of history, and this week I began my first season as a Park Guide at Appomattox Court House National Historical Park. 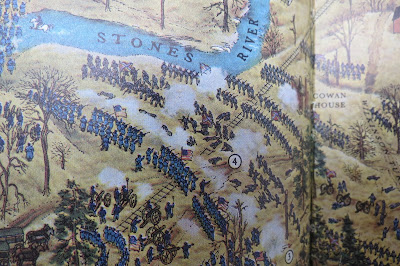 I stared at the overhead views of battles with their human figures, for hours...and for me those images led to my engagement with the tiny plastic toy soldiers ($.59 cents per package at W.T. Grant) that still sit in a bag in my closet, though their muskets and bayonets be broken beyond recognition.  That book, my little plastic Yankees, and a trip to Antietam launched me, probably in equal proportions. 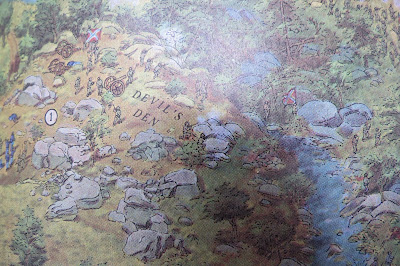 I believe my copy probably came from the bookstore at Antietam...The maps and Currier & Ives paintings were indeed captivating...I believe I still have my copy packed away with my Civil War books.  Just seeing the cover brings back a lot of childhood memories and I can recall using battlefield brochures as my bookmark. 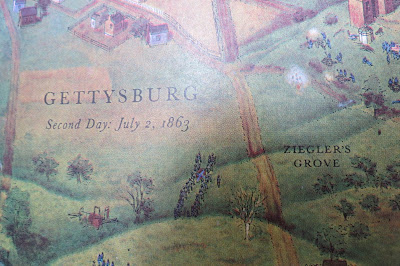 I wish those maps were available as prints...They were mesmerizing.  I still have my copy.

The 6th birthday present from my maternal grandparents.  It literally changed my life and set the course for it.  I still have it.  It will go to my oldest grandson.
George F, Franks III, Civil War author, preservationist 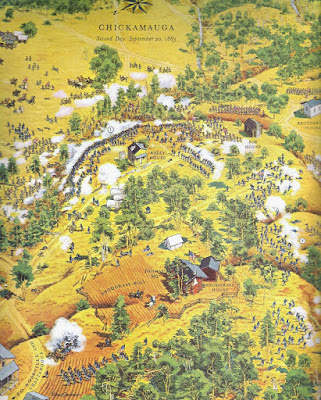 The maps, that is all I can say.  They blew my ten-year-old head apart. 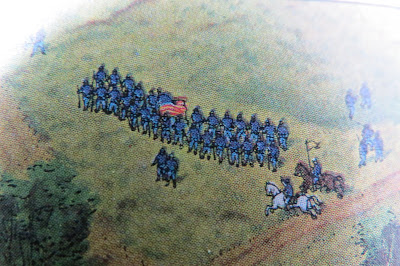 We had that in our house.  That thing spawned generations of Civil War historians.
Tom Vincent 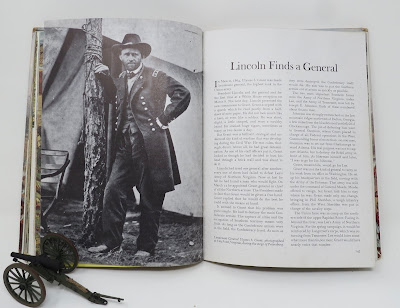 I used to set up battles in my sand box using the maps in the book with my toy Civil War soldiers.  That led mot me in college becoming a miniature wargamer, and later, writing books on the Civil War. 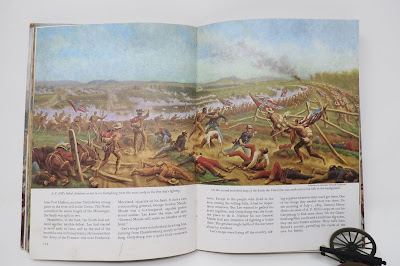 I saw this book on a table during an elementary school library book sale in 2nd grade in 1962.  My teacher told my parents it was too old for me.  My mother said "The kid plays with toy Civil War soldiers - maybe he will learn to read." During my career I worked at the Smithsonian, National Archives, Arlington County - Fort C.F. Smith park and finished my career at Fort Ward museum as the Assistant Director...When my house burned down in the 4th grade it was the first book purchased after the fire.  That copy sits on the shelf in my library today!

Wally Owen, co-author of Mr. Lincoln's Forts: a Guide to the Civil War Defenses of Washington 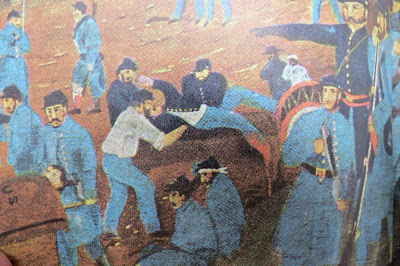 My first Civil War book, with THE coolest maps ever.  I checked it out of the library so many times as a child that my parents bought me my own copy.

I still have my copy, and a mint copy I was able to buy a few years ago.  The battle diagrams are amazing, I would stare at them for hours. 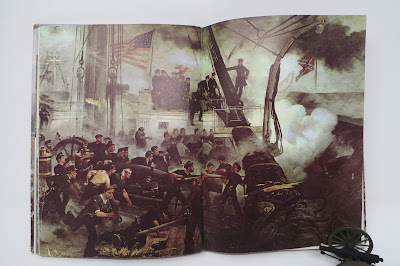 I well remember this book, and it did influence me at a very young age.  I am one of four brothers, and I think my older brother cleaned ownership of the book and still has it.  I later bought my own copy and have it still.  The maps are a favorite. 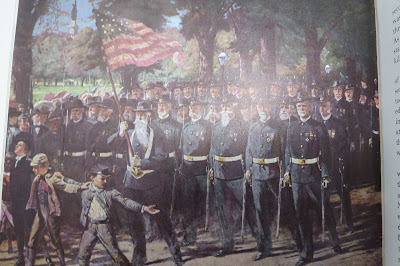 Back in school, I discovered the Golden Book of thr Civil war in the school library. I read it over and over. I couldn't put it down. I especially loved the little soldiers snd maps. My interest in the Civil War expanded over the years. Some 40 years later I found myself selling the Golden Book at the old Gettysburg National Military Park bookstore. People would come in and descibr s book that they haf as a child and I knew exactly what they wanted. I was sad when they went out of print, but they can still be purchased used and be passed on to a new generation of future historians. 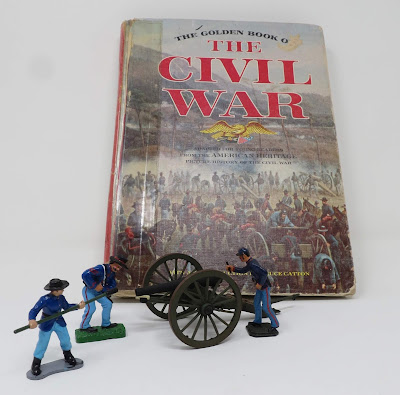