Happy is he who hangeth his hat with the rangers. 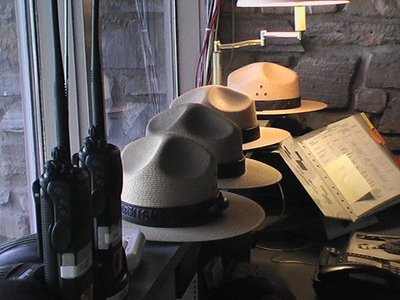 Yesterday I was informed by my supervisor that as a first-year ranger I was selected to receive an additional 960 training hours. What this obscure tidbit amounts to is that I will be working at Antietam, full-time as a ranger for all but about ten days of the next year (good-bye substitute teaching...for awhile)! Cool!

Today Ranger Brian and Ranger Mike were out in 99 degree heat gamely giving their tours. Monday It'll be my turn and they're rooting for me. One of the coolest of the many cool things about this very cool job is the support one gets from the other rangers.

I'll stay hydrated and keep you posted!
Posted by Mannie Gentile at 9:44 PM