This past weekend was an outstanding opportunity for visitors to enjoy some unusually fine living historians portraying Hood's Texans at Antietam National Battlefield.

We had 85 Confederates, Ironically, mostly from Michigan, Ohio, and Indiana performing tactical manuvering and firing. It was quite a show!

My fellow ranger Christie, asked me to provide our reenactor guests with an after hours orientation presentation. I agreed with a little reluctance. Sometimes living historians can bust your chops about the most arcane details. Nonetheless I expaned my 30 minute orientation into a 50 minute program which was very well received by the living historians. They were very appreciative and gracious, maybe it helped that I had them in the air-conditioned comfort of the visitor center observation room (and am from Michigan).

Only one chose to hang around afterwards and tediously take me to task about the emancipation proclamation "not really freeing anybody". He tried his best to be a real weenie, but I remained cheerful and assertively authoratative, and frankly, I just wasn't in the mood to take the bait. Otherwise, they were a great bunch of guys and provided an outstanding educational opportunity for our visitors for three shows on Saturday and two on Sunday...in sweltering 98 degree heat no less!!

These guys made it very clear just how much they appeciated being allowed to camp on and demonstrate to visitors at such a significant battlefield.

Below are pix of our friends in butternut and gray (most of them Detroit Tiger fans, talk about your "lost cause"). 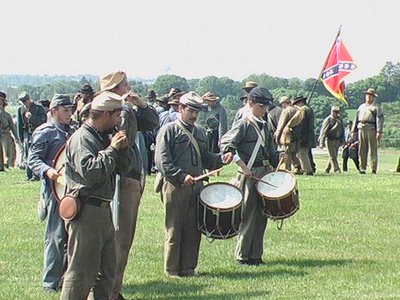 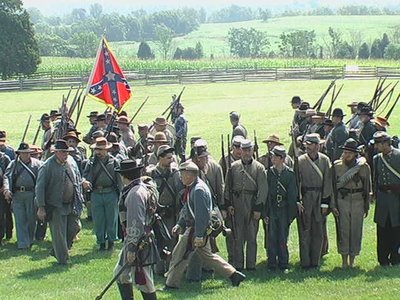 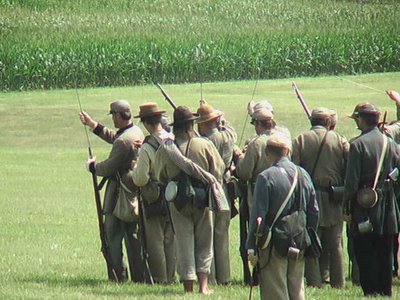 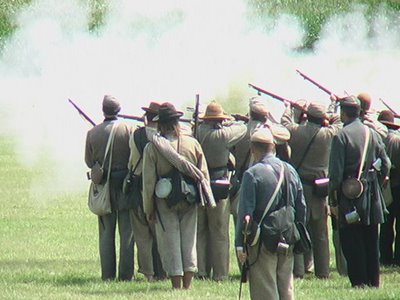 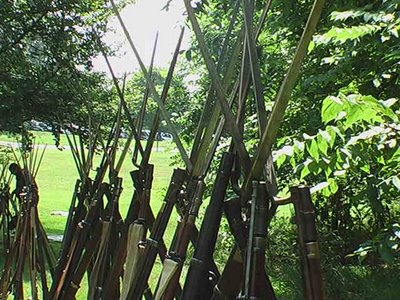 Posted by Mannie Gentile at 9:16 PM