I Can See Clearly Now (the leaves are gone)

Drop what you're doing and come to Antietam! This is the time of year to really get a handle on the lay of the land. Terrain was such a crucial player in the outcome of the battle and with the leaves off the trees there is so much more clarity available to the visitor.

Last week I made a beeline for the Cornfield to get an unobstructed view of Nicodemus Heights. Both from the position of Battery B 4th U.S. Artillery 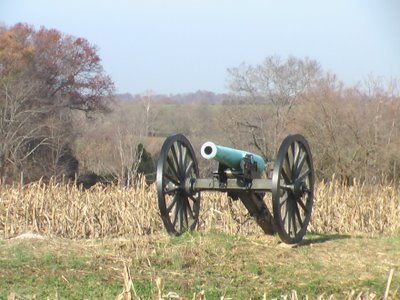 and the "sweet spot" (as the ranger's call that place just inside the Cornfield where you are high enough to get a glimpse of Dunker Church). The view of the heights in the far distance is dramatic and telling. Through the bare branches of the trees it becomes immediately obvious that Stuart's guns on those heights commanded much of the Cornfield. 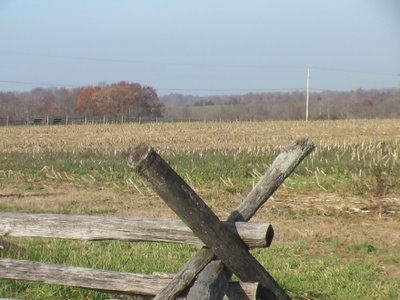 Another great view is of the Roulette Farm in the foreground, the Mumma Farm in the middle, and the East Woods in the background, all from the heights that were surveyed by Israel Richardson shortly before he was felled at the Sunken Road. 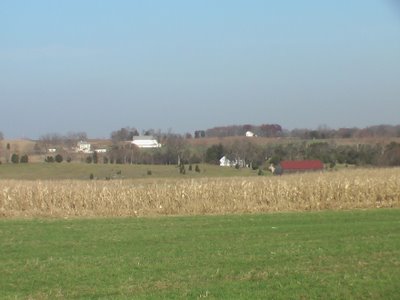 From the Confederate position at Burnside's Bridge (stop 9 on the auto tour) you can get a great view of Cemetery Hill, location of the Confederate guns that were pasteing the men of the Ninth Corps as they surged across the bridge.

The heights of the cemetery can also be viewed from Rodman Avenue, with Cemetery Hill (the tall trees) to the left and the observation tower at the Sunken Road in the the far distance (middle right). 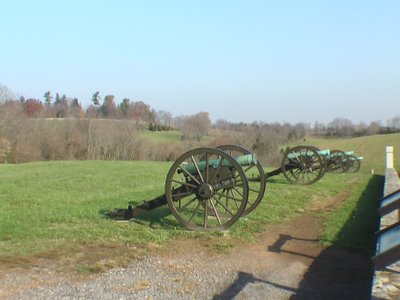 From that same position you can get a great view of the Sherrick and Otto farmsteads. From this vantage point you can just imagine that long, long Union line of battle, anticipating victory in Sharpsburg, but meeting, instead, Confederate general A.P Hill and his 3,000 Rebels. 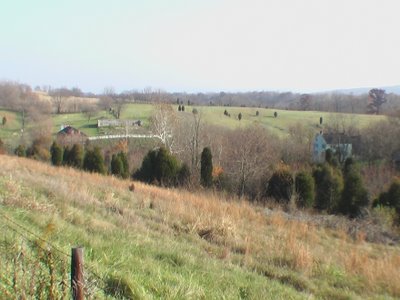 C'mon! Now is the time, Antietam is the place.

I just visited Antietam. You are exactly right. You get a whole new appreciation for the terrain.