Antietam Beneath the Surface 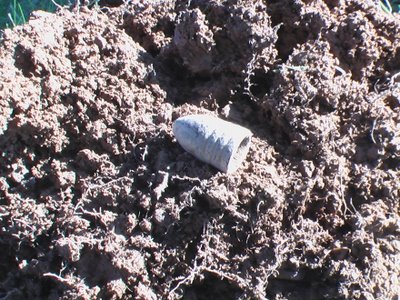 On a beautiful late fall Friday morning three archaeologists arrived at the visitors center to do some very productive, and very legal, metal detecting. These folks were working for the National Park Service to do a survey of artifacts under the soil of our overflow parking area.

Now, before this site gets quoted back to me, in a totally out of context manner, let me add this disclaimer as stated in the park brochure: "RELIC HUNTING IS PROHIBITED".

This was an authorized dig, not a bunch of those midnight despoilers who desecrate sacred ground, steal public property from our nation’s parks, and unload our national heritage on ebay for dirty cash. I hope I've made myself quite clear. Now, back to the story.

Jim, Scott, and Sarah, real-live archaeologists, (thanks spell-check) spent three days digging in our front yard. This was exciting for everyone. The rangers and park volunteers were keenly interested and provided lots of useful information to help the diggers identify objects. Visitors were totally engaged by the event and provided the digging team with an eager audience, as well as many teachable moments. The archaeologists themselves were quite thrilled with the work as this was their first battlefield dig.

After unloading all of their gear from some very tired looking and obviously field-tested pickup trucks, they got busily to work. A 25% search of the designated area started by laying out long lines 250 feet in length. These lines were then swept with a magnotometer...y'know...a metal detector. 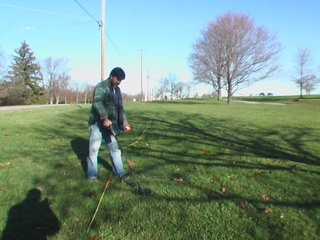 Test holes were dug by Jim and the dirt was shoveled into a sifter... 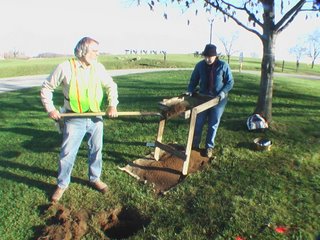 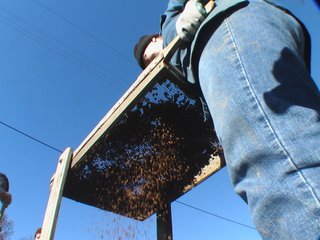 which Sarah screened for artifacts.

Somehow, Indiana Jones made it all look much more glamorous. My back started to ache just watching them (I think I’ll go sit down for awhile).

As Pre-20th century objects were found they were bagged, labeled, and numbered. 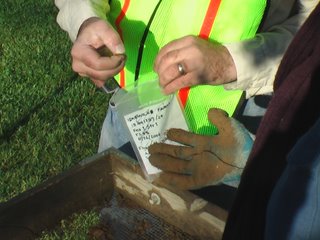 Mostly very mundane domestic objects turned up, like cut nails and tiny fragments of pots, dishes, and oceans of poptops - remember those? 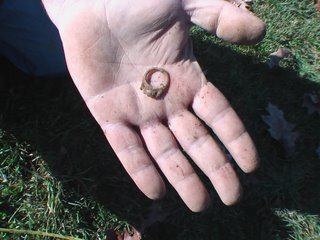 The highly technical term for the poptops, house keys, wads of aluminum foil, and car keys is "trash". The good stuff was farther down, between four and five inches down.

And up it came.

A nice, and lethal, piece of spherical case-shot was recovered, 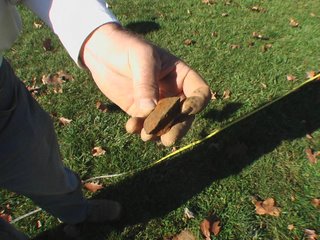 which made for a spontaneous discussion between a mother and her tot about the nature of the battle that happened "long before grandma was even born". 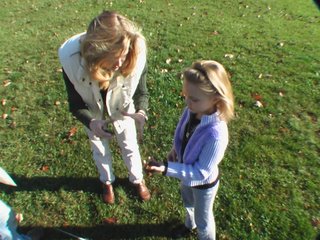 This was a very nice instance of the Park's mission of connecting the visitors to the battlefield.

And, logically, many of the lead balls that had formerly resided in those case-shot rounds also were scattered about the area, 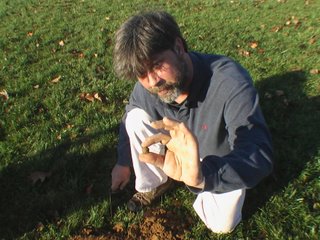 and although they were expected, it was still a thrill to see them emerge into the sunlight.

The biggest excitement came late in the day on Friday when the first Burton ball was recovered. 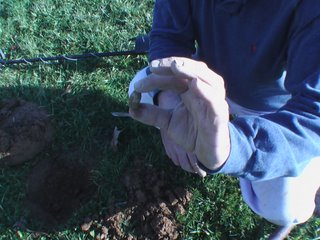 There's nothing like a minie ball to remind you that a battle happened here.

Altogether About a dozen bullets were dug up, along with eight or ten lead case-shot balls. Another hatfull of shell fragments was also recovered, most of them spherical and just a few from elongated projectiles. Other miscellaneous stuff emerged including harness buckles, horseshoes, and other things not so readily identifiable.

The area was then meticulously surveyed... 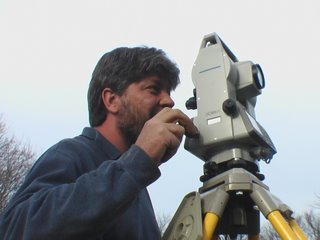 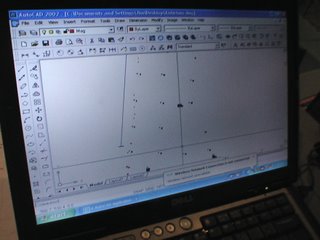 to record where each piece was recovered.

The significant objects will be curated and archived by the Park Service and may one day make their way back to Antietam to help us interpret the story of the battle that occurred here 144 years ago...the last time that these objects saw the light of day. 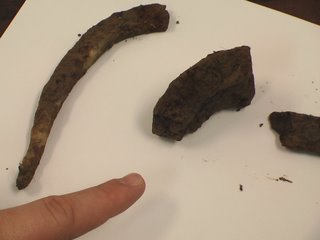 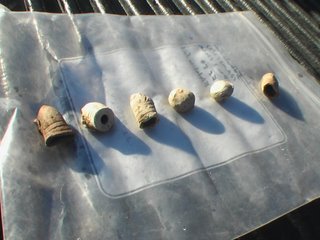 After three days of discovery the team packed up their gear, washed their hands, and drove off leaving all of us richer for their shovel work. It was a genuine thrill to have such tangible reminders of the events that shook this valley emerge from right under our feet. Though we step over these hidden witnesses daily, it's easy to forget that the battle was much more than just a story from long, long ago.

It's nice to know that these reminders are safe and secure under a blanket of sod, available to provide us with an occasional history lesson... a moment to excite the imagination, to startle, and even thrill, the most jaded among us.
Posted by Mannie Gentile at 12:57 AM

Now that is really cool! I had no idea that all that digging was going to happen. Really makes you stop a moment and think about that. To know there is a lot of stuff under the surface and then actually getting to see it and to realize that last time the sun shone on it was on that fateful Wednesday in September. Thanks for documenting this!

Nice job Mannie. It is great to have some photo documentation of this process. Thanks for providing a resource protection message and discussing the value of archaeological work to battlefield preservation and interpretation.

I can add a little bit to the history of Antietam. Way back in 1981, when I was a reporter for the Martinsburg Evening Journal, I did a story on the family who owned the Miller Farm at the battlefield. Of course, the Miller Farm encompasses the famous bloody Cornfield, where savage fighting took place for hours. The family -- their name escapes me now -- placed all the neat stuff they had discovered on the farm over the years on a table in the driveway. Bullets, cannon balls, bayonets, shell fragments -- they dug up all kinds of stuff on the farm. Of course, this was before that land was owned by the National Park Service. I am quite a Civil War history buff -- I collect original photos of identified soldiers. One of the photos in my collection is of a soldier named Justus Collins Wellington. A private in the 15th Massachusetts, he was killed in the West Woods at Antietam. He is probably buried there in a graved marked "Unknown." May he rest in peace.

I wanted to take a moment to say thanks for some great posts. I just posted about how this particular post can be used in a classroom and I've also talked about some of the videos you have made.

Keep up the good work and next time I'm at Antietam, I'll be sure to say hello.