Whenever this vechicle is on the premises, something cool is afoot...or actually, underfoot.


A couple of months ago Park Service archeologists came to the park to sweep an area in which an historic orchard will be replanted. This is routine prior to any digging or excavation within park boundaries. These aren't the metal detector wielding vandals who steal history for the quick profit of ebay...these are the good guys; 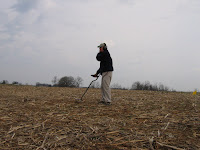 Park Service professionals engaged in recovering, mapping, and cataloguing the detritus of battle in a way that casts even more light on the story of the battle and those who fought here.


The area in question was the scene of intense action on the morning of September 17th 1862, as evidenced by this "32 cal. "buck and ball", 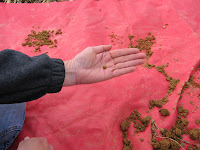 found as the crew was simply calibrating their equipment. It became immediately apparent that this would be a very productive project

As the teams fanned out their method became clear.


Each time they got a buzz, or a "hit", on the metal detector a small flag was planted on that spot. 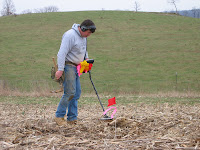 The person following would start digging up whatever piece of metal caused the"hit". 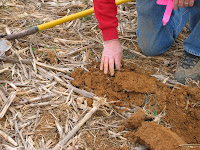 When the piece was recovered it was placed at the foot of the little flag and a pink ribbon would be attached to the flag. 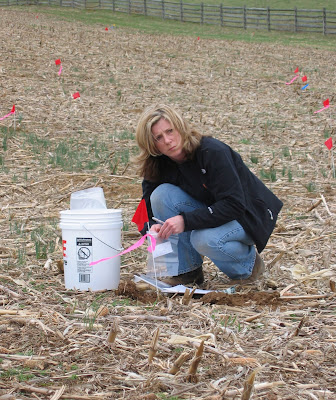 A veritable sea of pink ribbons demonstrates the intensity of combat in this area. 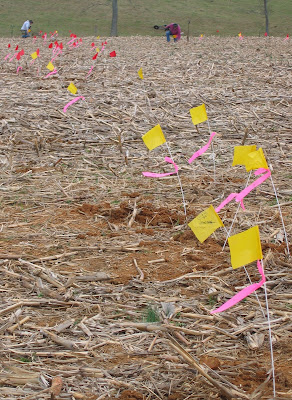 Another team member would come along and bag and catalogue the object, keeping a record of the exact location of the object relative to every other object. Here is a sampling of what was unearthed: 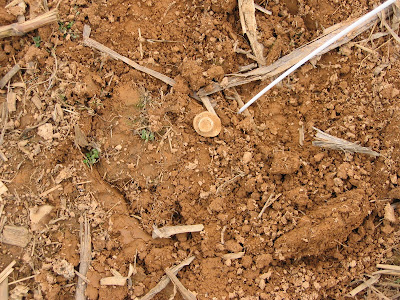 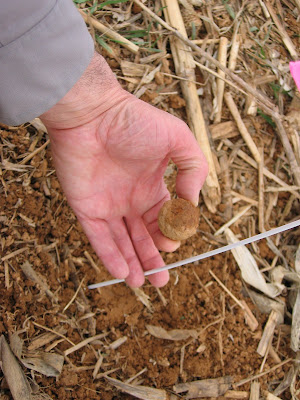 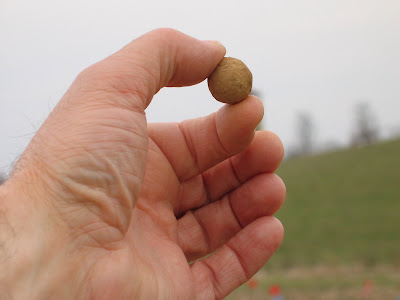 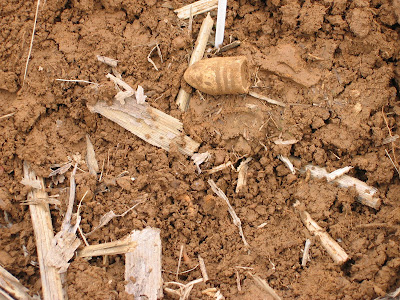 I think one of the coolest things recovered was a copper rivet from a cartridge box that still had a little bit of the leather attached (preserved by the copper).

According to the local newspaper nearly 400 objects were recovered, mostly shell fragments, bullets, balls and cannister. These objects, recovered in their historical context, will provide a great deal of insight about the flow of action and the relative positions of the troops engaged on this part of the field. A minie ball in a relic shop teaches us nothing, but a minie ball in the context of its location on the battlefield can teach us volumes.

By the way, its very gratifying that while all of this was going on, numerous visitors and local residents (who watch that park like hawks) called to inform us of people with metal detectors in the park. We've got lots of allies here, helping us to protect and preserve this very special place.

Protect our parks and our history, and leave the digging to us please. 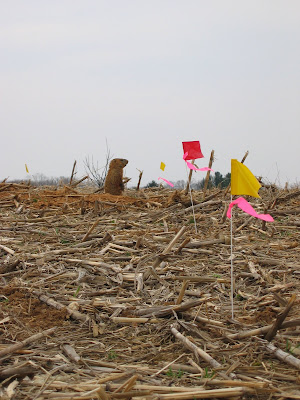 he's got a lot of experience.