Today began my favorite time at Antietam National Battlefield - Battle Anniversary weekend. This is the 145th anniversary of the battle of Antietam. It was a wonderful day, beautiful blue skies, huge enthusiastic crowds, and a full slate of programming. My feet and vocal chords are shot! It was an incredible experience...and it's only Saturday. 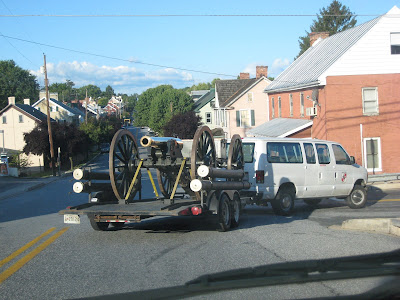 You know you live in Civil War Country when you follow a cannon to work in the morning. As I turned on to the Sharpsburg Pike from Boonsboro I found myself behind that beautiful 12 pound Napoleon that belongs to the South Mountain Battlefield. Maryland State Parks Ranger Al Preston and his crew preceded me into the park this a.m. setting up their gun with ours to provide some very loud interpretation for our visitors on this battle anniversary weekend. I'll soon have a Youtube up of Al and his outstanding gun detatchment in action. 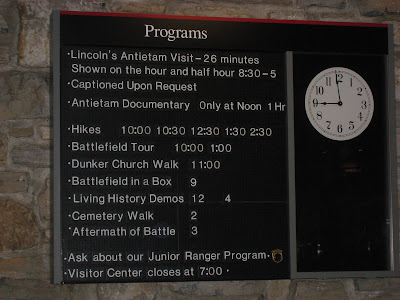 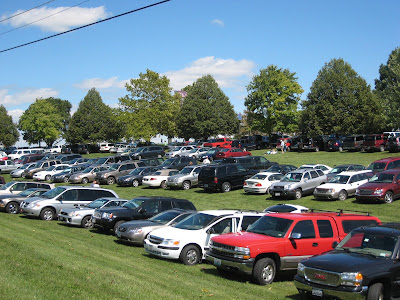 and a very full overflow parking area to go along with it! 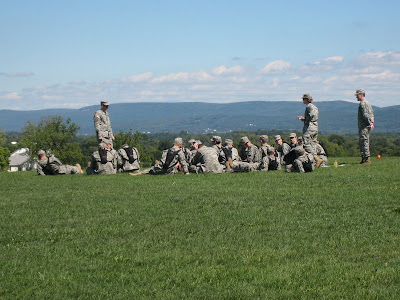 The U.S. Army arrives for a staff ride in the very cool early hours. 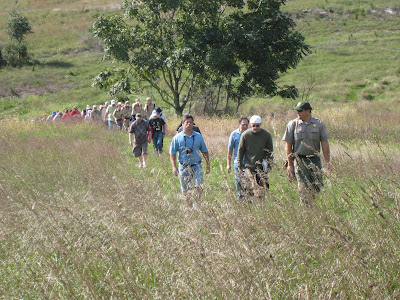 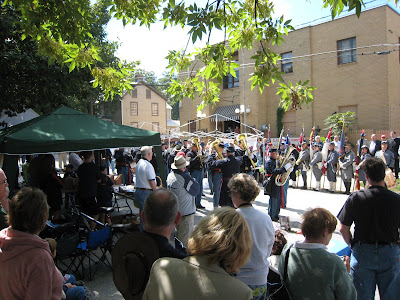 Meanwhile, in downtown Sharpsburg, Sharpsburg Heritage Day is in full swing with a Civil War era "battle of the bands". Click on the title of this post to go directly to the Youtube of this event or go to: 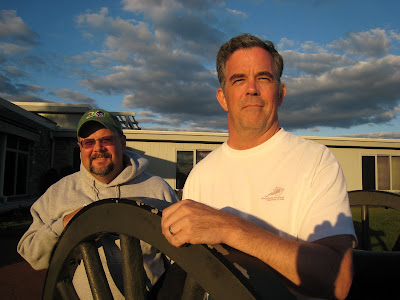 Fellow bloggers Harry Smeltzer and Brian Downey posed for the obligatory blogger shot at the gun in front of the Visitor's Center... 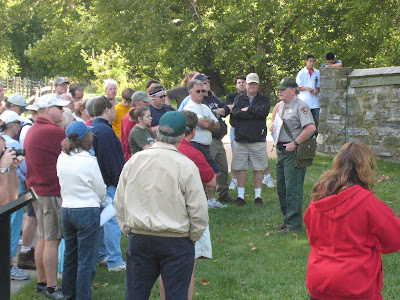 While Ranger Mike holds forth at Burnside Bridge. 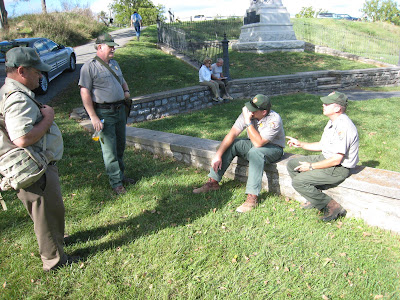 The traditional "apres hike" gathering of rangers at the McKinley monument, with the usual wisecracks, sore feet, and great stories. 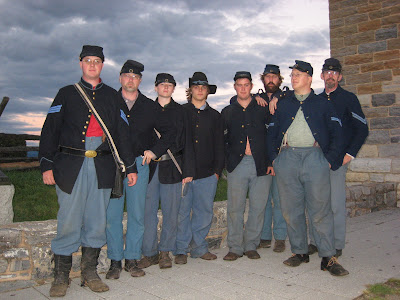 As I left the park, large groups of reenactors were converging on the battlefield to soak up the ambience of this special day.