Sesquicentennial, if the folks could see me now 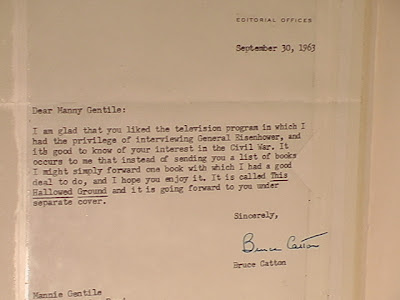 Kevin Levin's most recent post reminds us that the Civil War sesquicentennial is just around the corner, and he reports on the preparations being made by the State of Virginia to commemorate this event.
After the hoopla of the Centennial, I distinctly remember asking my mom (who was the impetus behind my ACW interest) if there would ever be another Centennial.  She explained that there would be an observance of the 150th anniversary far in the future.
"When?" I asked.
"2011." She replied.
"How old will I be?"
She did some quick calculations.  "Fifty nine".
I was crestfallen, I knew that I'd be too old and decrepit to enjoy the 150th the same way I had the 100th, it just wouldn't be the same.
And I was partially right.  It won't be the same.   Looks like I'll be participating as a seasonal interpretive Park Ranger at my favorite Civil War site, Antietam National Battlefield.
A fat lot I knew as a little kid.
If the folks could see me now. 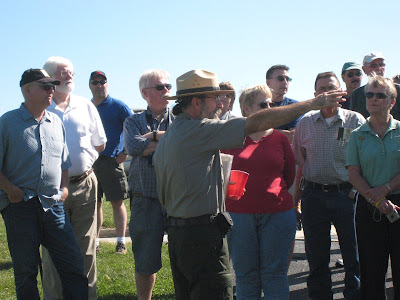 I think they'd be very happy for me.

Very good, Mannie ... I cannot wait for it either. I'll be retired by then (2010)and hopefully living in CW country myself!

Mannie,
We are the same age so I can relate. I have the last letter ever written by Mr. Catton's researcher, E. B. Long. He was kind enough to send me some information I requested and passed a few days later. I really like your blog.

What a great letter, and not many I know who had Catton actually send a copy of a book he was "involved" in. :)

I was born during the Centennial. Exactly 100 years to the day after the Battle of Boonsboro in July, 1863. And while I missed the centennial hoopla, I look forward to being involved in the sesquicentennial in a few years. It will be interesting to see how the Country reacts to it.

Dan thanks for the kind words.

Steve, I remember my mother chuckling at that "involved" in line.