Everyone should have one...

a cannon, that is. 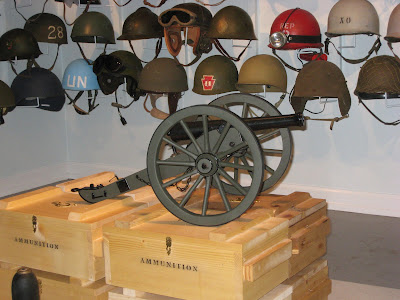 This one is mine, purchased at an antique mall in Grand Rapids Michigan over 25 years ago. It's a "made in India" deal.   When I acquired it, it wasn't in especially good material condition, and fell into quite a state of disrepair over the years.

Fortunately, I believe that life is mostly a series of consecutive projects, and two weeks ago the patiently waiting cannon cycled to the top of the list. 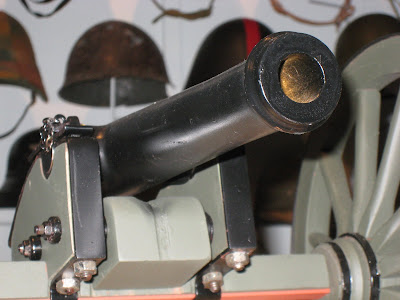 Rotten spokes were replaced with newly carved replacements, all paint was stripped, all parts were primed and repainted. and slowly the cannon was reassembled into a better looking gun than it had ever been before.

If you ever encounter one of these guns, and are curious about whether or not it can be fired, I blazed that trail for you two decades ago. DON'T DO IT!
Y'see the knob and trunnions are separate pieces, if one attempts to fire this gun those pieces will become projectiles.

Ask me sometime about the hole in a pole-barn I once had and why it's always a good idea to take cover whenever doing something stupid for the first (and last) time. 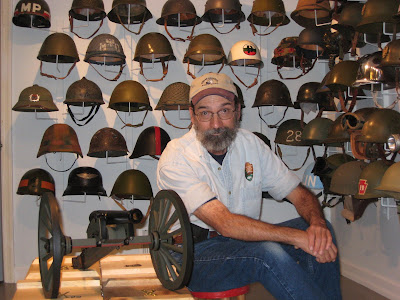 Here's to you getting your own cannon, and to my next project...idle hands, y'know.

P.S. It should be no surprise to anyone that my homemade "ammunition" boxes actually contain zillions of plastic Civil War soldiers.
Posted by Mannie Gentile at 9:31 PM

One of the things I love about this blog is that I never know what I'll find here. The refurbished cannon looks great.

I think I speak for many of your readers when I state that I would love to hear the story about the hole in the barn (and how it got there).

You crack me up!