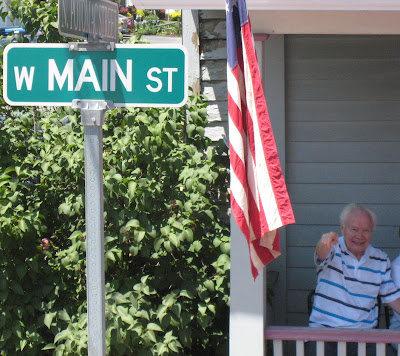 The long tradition continues unbroken now for (I think) the 142nd year, the Memorial Day observance in Sharpsburg Maryland. Demonstrating again, that there is no better place to be on this particular holiday than this little town in the Antietam Creek Valley. 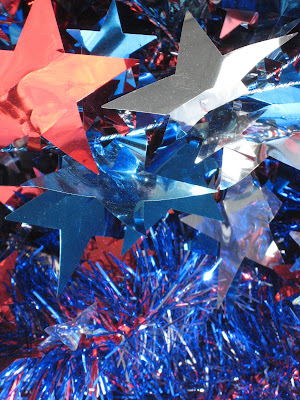 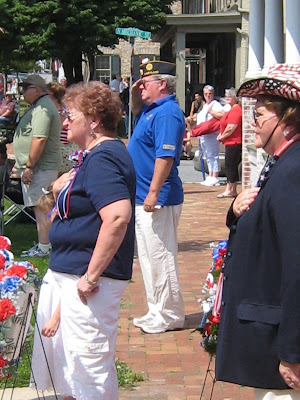 The day began, as always, on the town square with a laying of wreaths at the war memorial just in front of the library. 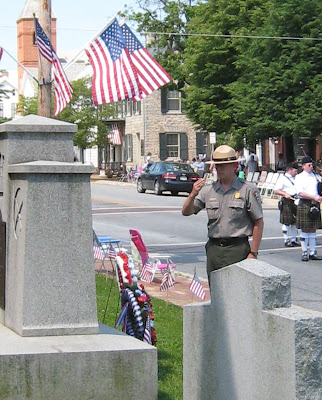 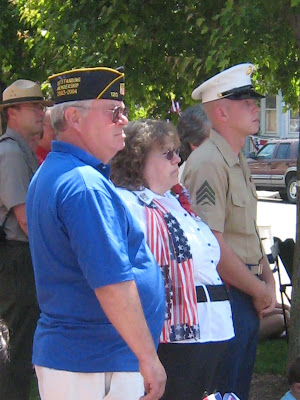 Veterans and active duty service members were in great numbers. 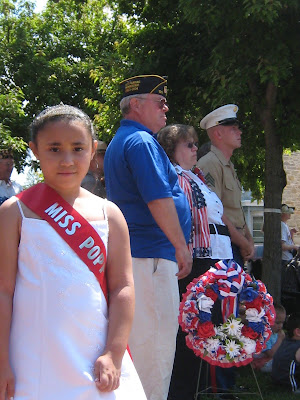 As were various members of royalty. 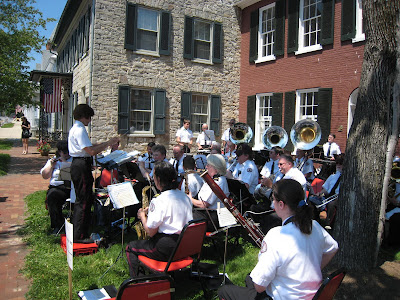 As usual, the Rohersville Band sounded first-rate as they serenaded the celebrants following the wreath laying ceremony. 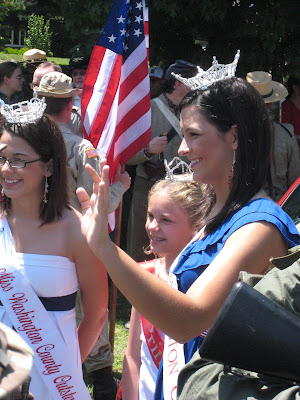 As the parade formed up more royalty gathered... 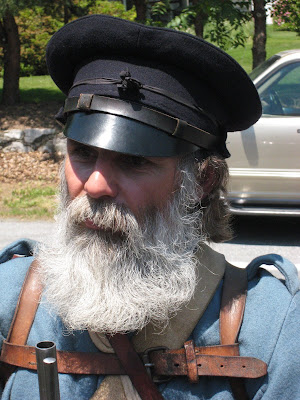 along with costumed living history folks representing the various wars of American history.  Here, Skip in in the uniform of a U.S. infantryman of the Mexican War. 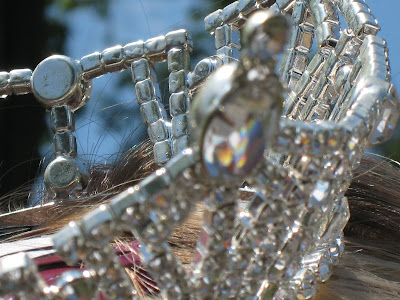 Everything was glittery in the afternoon sunshine. 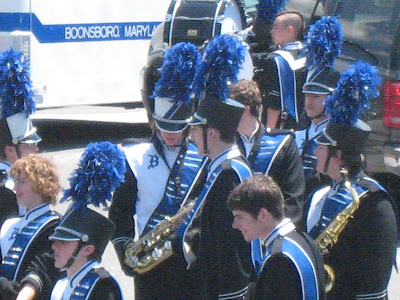 I watched the Boonsboro High School marching band form up from my perch on... 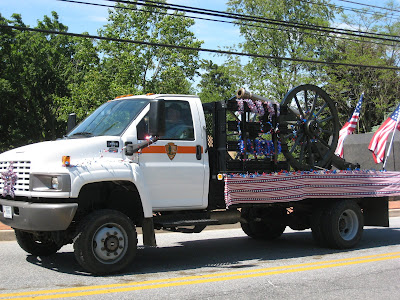 the parks entry, our "float".  We had a cannon! 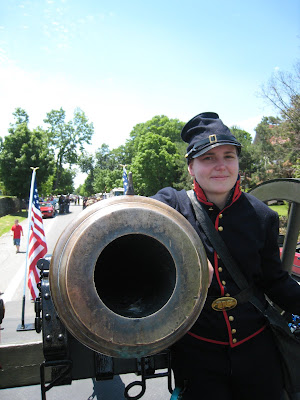 Susann, a member of our volunteer artillery detachment participated... 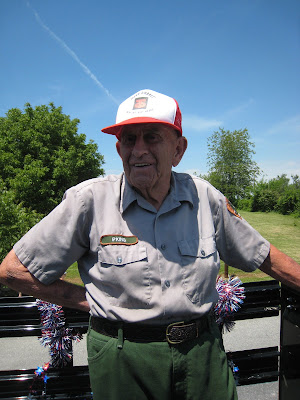 as did park staffer and WWII veteran Percy King. 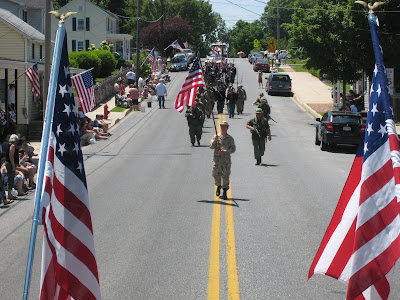 Under way this was the scene behind us as we drove down Main Street from our position near the head of the parade. 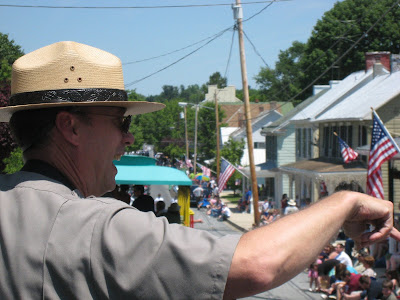 Keith shouts to familiar faces in the crowd... 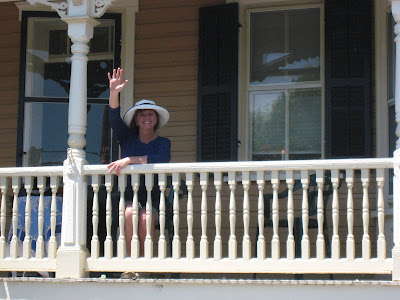 as they enthusiastically waved back at us. 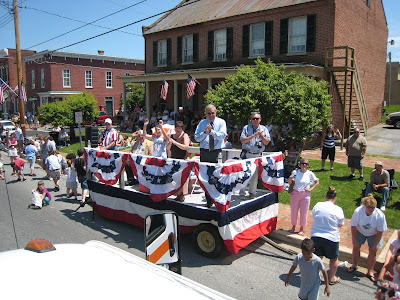 As we approached the reviewing stand in the center of town the applause and good-natured shouts from the crowd grew more abundant. 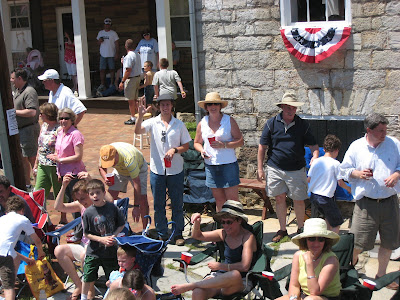 When a National Park has a good relationship with its community, it looks like this... 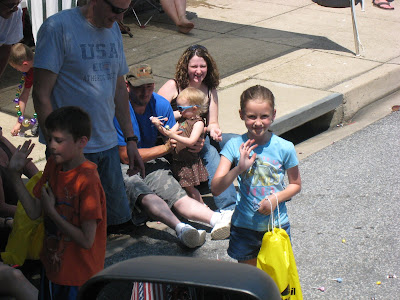 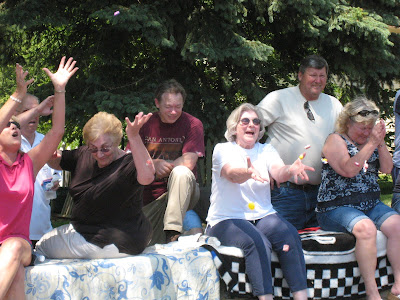 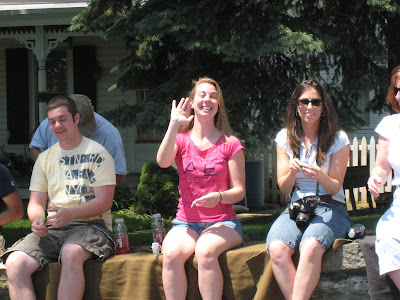 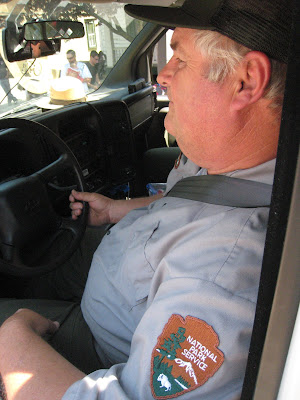 Through the shouts and the music and the clamour, Junior kept a steady hand at the wheel as he got us from our starting point at the Elementary School to our destination at the National Cemetery. 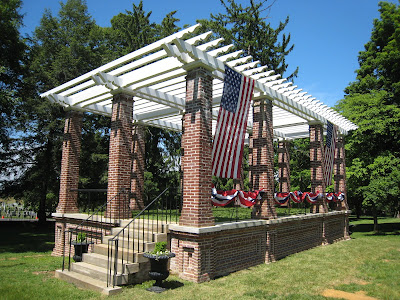 Where the newly-restored rostrum awaited the memorial ceremony.
Plan on being in attendance next year.  I think you'll be glad you did.
Remembering, just north of Sharpsburg,
Ranger Mannie
Posted by Mannie Gentile at 11:42 AM

Wonderful photos! Looks like American patriotism is alive and well in your neck of the woods.
We didn't do anything special at ULSG, but we had lots of visitors over the weekend.

Too bad my family and I just missed the holiday by a few days. We were passing through but got to spend most of the day at the battlefield yesterday! I remember seeing all the flags in the cemetery and in the town. We also met Keith at a ranger talk. It was very sobering being there.

I'd love to be at Antietam for Memorial Day.