My day started with the sound, and sight, of a two-seater flying lawnmower in the sky above my yard.  Very curious. 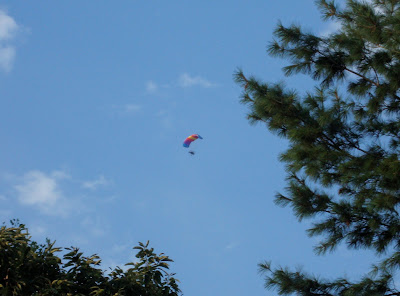 Upon arriving at the battlefield I was very nearly spritzed by Ike as he watered the flowers.  A very close shave. 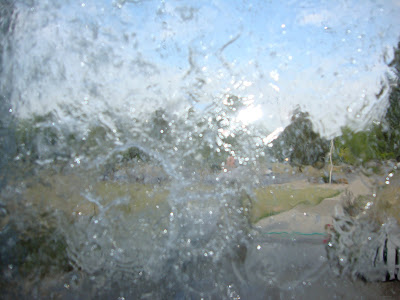 Securing my lunch in the breakroom, I saw a black rat-snake emerge from behind the refrigerator.  Utterly unexpected. 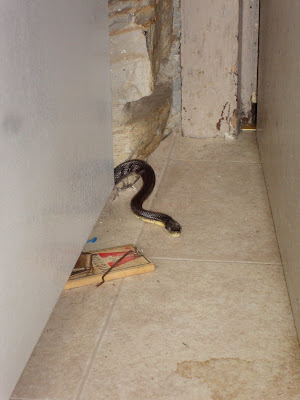 Then I watched as Ranger Holly quite fearlessly (though gently) relocated the snake to a more appropriate habitat.  How hugely humane. 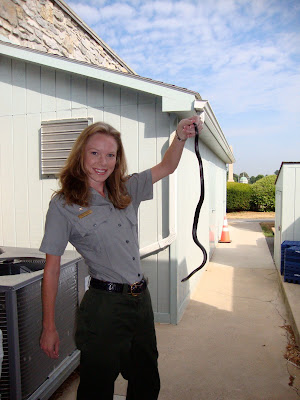 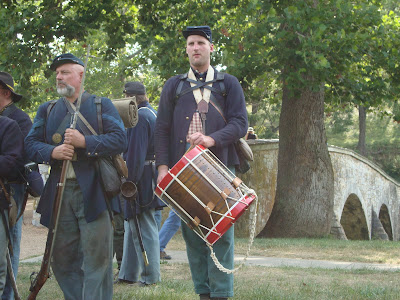 Finally, I went spelunking in the very secret and very much off-limits "Lost Ranger" caverns deep beneath the visitor center.  How singularly suspenseful. 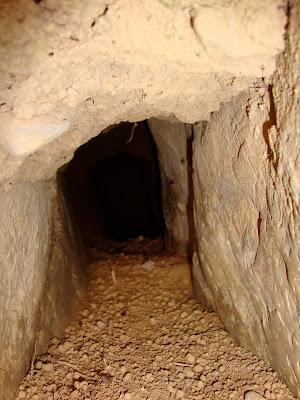 Only to be chased out by an enormous hornithopter bee (hornithopterious hymenoptera).  How incredibly... 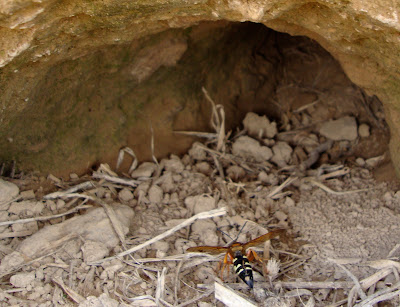 bogus.
Actually these last two pics are of the interior of groundhog holes, in case you've ever wondered how our subterranean battlefield friends live.
Every day's an interesting one, just north of Sharpsburg.
Mannie
Posted by Mannie Gentile at 10:18 PM

Ranger Holly gets my vote for fearless snake removal! Whenever I happen upon a snake I begin to speak in tongues, and recoil to the rear. I am known to be quite fleet of foot when this happens, and my own memories tell me I actually walk on air.

Ranger Holly is a bad ass!

Hope the bee is bogus, or else it stays underground.