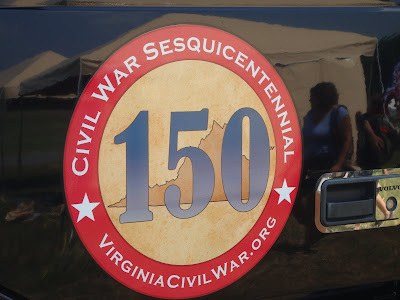 If I learned anything from working the Inauguration it was to pack for survival; be as self-contained as possible.  Just because you're told there will be lodging doesn't necessarially mean lodging will be there or exactly adequate.  Bug spray, sun block, extra uniform, big cooler, small cooler food, Gatorade, and charged camera batteries.  I'm ready to roll. 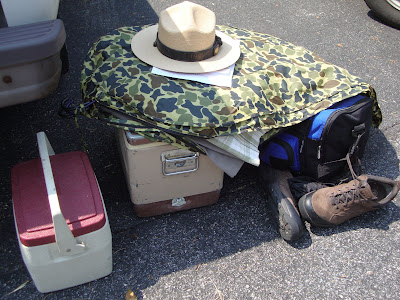 John Hoptak swung by with extra time to have a slice of cake with my wife and me and then we hit the road for the 150th. 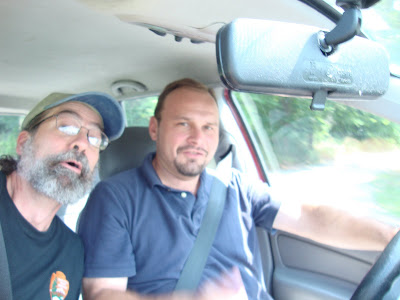 An early start meant minimal traffic, and an hour and forty five minutes from my house we were turning into the main entrance of Manassas. 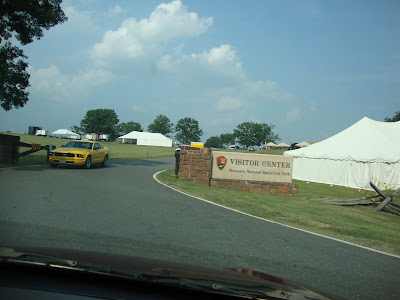 With an hour to spare prior to the 6:00 briefing John and I braved the building heat to check out Henry House Hill. 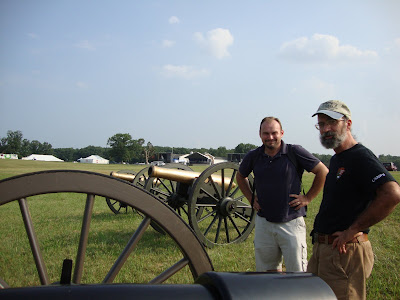 A small village of tents and canopies had been erected adjacent to the Visitor Center.  The very large one to the right is the Youth Activities tent.  That was my unoffical base camp where i stashed my small cooler and extra Gatorade. 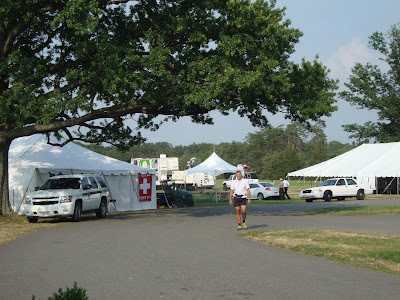 That tent was also the location of some graphic art work that I did for the event: 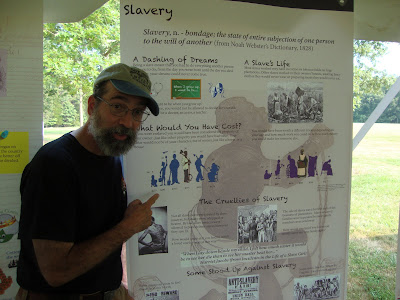 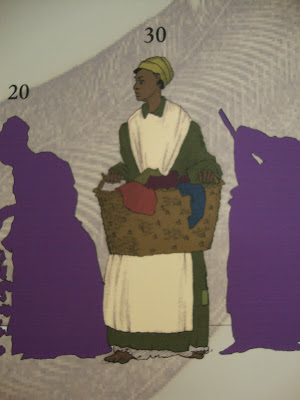 which depicted the market value of an enslaved person over the course of his or her life. 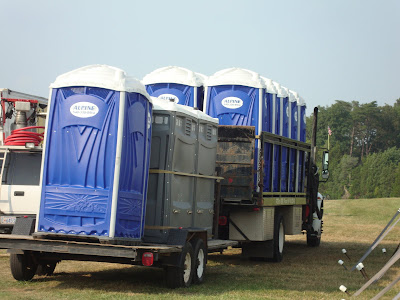 Porta-johns have a distinctive "rumble" as they are trucked into position.
Six o'clock came and the pig briefing began. The young man in the yellow shirt was one of a small and enthusiastic cadre of social media whiz-kids that were documenting everything.  They've done some really fantastic work which you can view here. 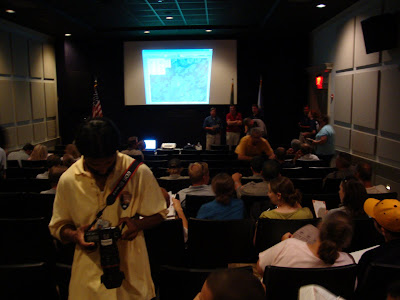 Ranger Keith is deep in supervisory thoughts as Ranger Brian catches a glimpse of my camera. 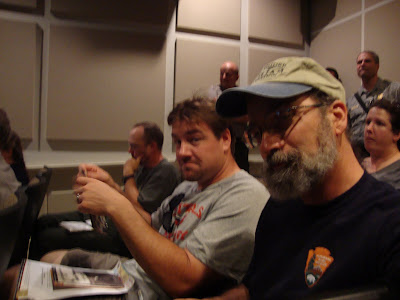 Briefing over, it was time to head to the hotel... 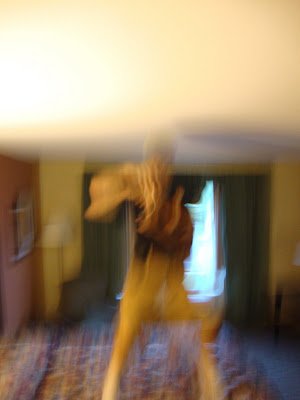 and jump up and down on the bed for awhile.
More soon!
Ranger Mannie

Sorry to hear about the heat--I guess hotel bed jumping is a good cure for that.... It reached 75 degrees in the shade one day this week out here.... but no Big Guns with which to play.

Is that big cooler you're carrying your lunch in from the Civil War?